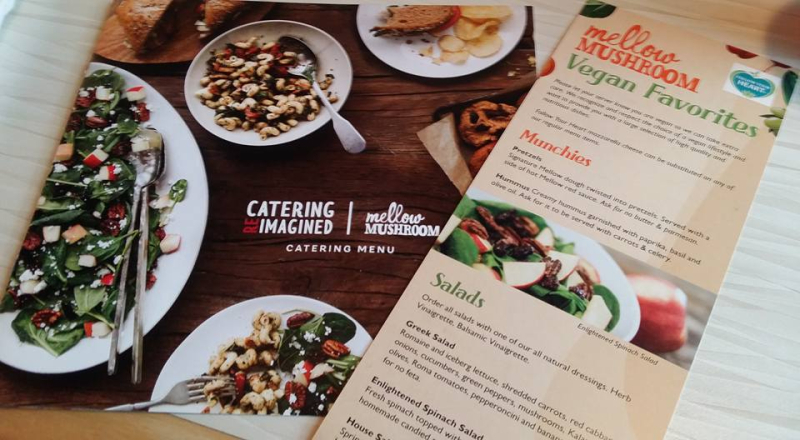 We were treated to a vegan Greek salad, two types of hummus appetizers (regular and a sweet chili one), and a large vegan pizza (the veg out from their menu). This is just a sampling of the vegan options that Mellow Mushroom has to offer. I didn't know it, but they even have a separate vegan menu you can ask for (see pictures below). You can get salads, hoagies, pizzas, calzones, appetizers, and more. There are many options, and if you end up with knowledgeable waitress like we had, Becka, you will have even more options. She was fantastic! She wasn't a vegan herself and yet knew the vegan options inside and out. She's tried them, she knows what was good, and even had thing to suggest beyond the vegan options that were on the menu. Loved her!

When ordering the salad be sure to ask for no Feta. We went with herb vinaigrette and it was great. The salad was fantastic! Loaded with great veggies and the dressing was perfect. They even added some vegan cheese to it. By the way, Mellow Mushroom used to use Daiya vegan cheese, but not long ago they switched to using Follow Your Heart brand. Yay! I love the Follow Your Heart vegan cheese, so this was a great move.

The hummus appetizers were both great! The vegan pizza was delicious, too. We chose to get it thin crust, which is 25% less crust than their traditional one, which I prefer. They also brought out some sweet chili sauce and some balsamic reduction that we could try on it. Wow, kicking it up a notch... so good! You can also get tempeh and/or tofu on your pizza there.

Whether you want a tofu or tempeh hoagie (and they have three types of vegan chips to have with it), a vegan pizza or calzone, or you want to lighter meal of their great salad and hummus plate, you can't go wrong. The food was great, they have a nice atmosphere, and the service was great. I also love their unsweet iced tea, so that rounds out a great experience!

I spoke to the waitress regarding being charged extra for vegan cheese. If it's a "substitution" then you should not be charged for the vegan cheese. If the waitress rings it in as an addition (as in making it look like extra cheese) then there may be a charge on your bill. Just let them know it was substituting vegan cheese for the dairy one and that you shouldn't be charged for it. Be sure to let the waitress know you are vegan or are wanting vegan food so that they can hook you up and make sure there's no butter or parmesan used on the pizza.

Mellow Mushroom, in Port Orange and in other locations, is a great place for vegans and vegetarians to eat. Two thumbs up! Find a Mellow Mushroom location near you. 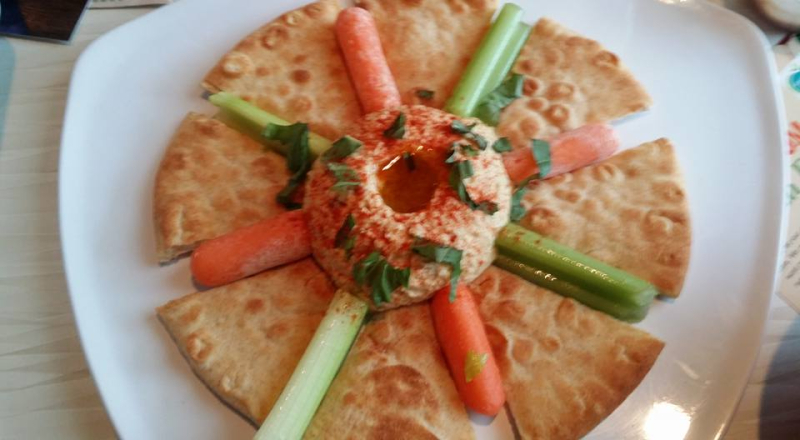 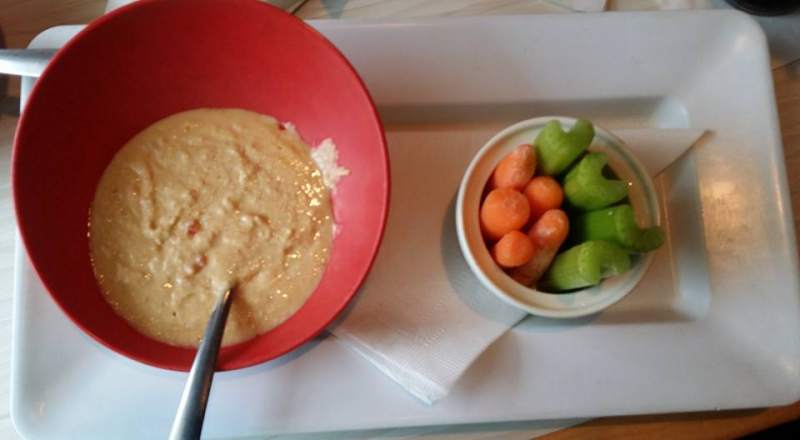 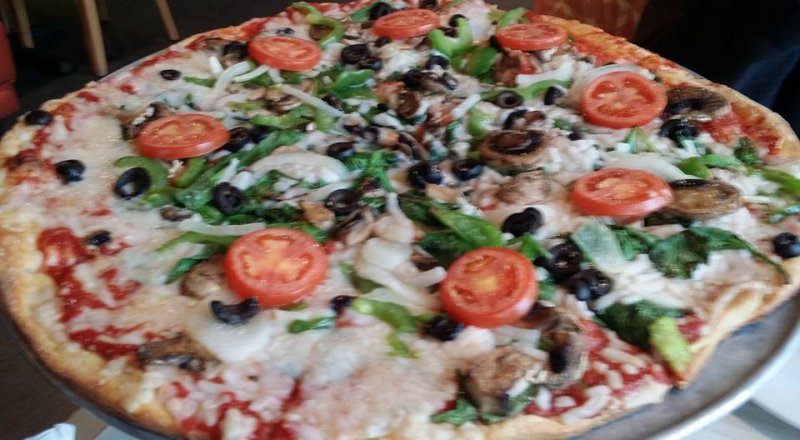 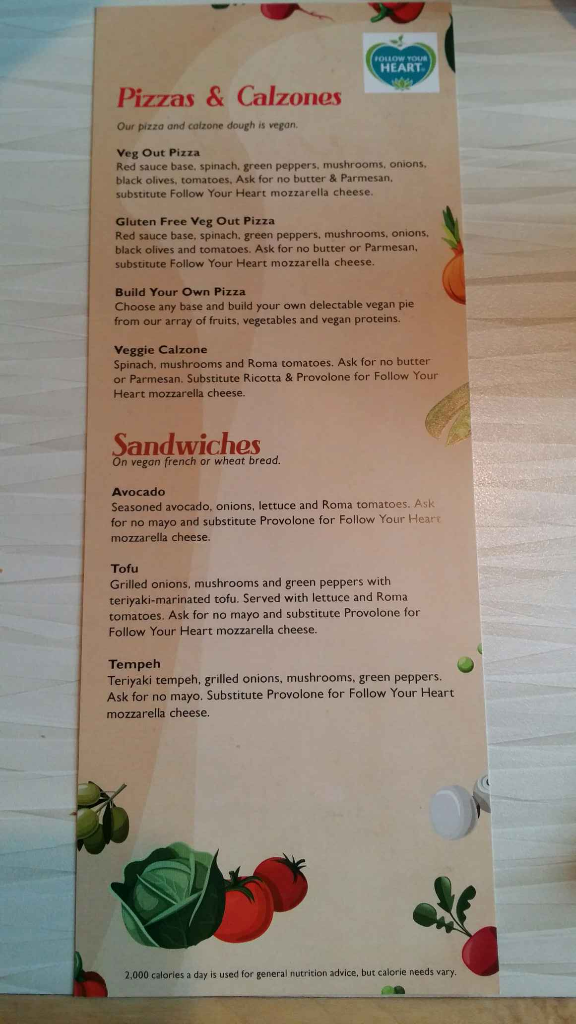