My younger sister spent several years living in Michigan's Upper Peninsula while her husband was attending college. Yoopers, as the residents there are referred to, like to eat what is called a 'pasty.' And so you don't get laughed at by saying it wrong, it's pronounced "pass-tee." In my rookie years I made the mistake of calling it a "pay-stee," which isn't quite the same thing. To get an idea of what a pasty is, think hand-held potpie. It's kind of like a half-circle of dough that is filled with yummy food inside.

Anyway, I make vegetarian pasties (actually vegan) ones at home from time to time. They are quite easy to make and taste great. They are especially good in the winter time, but since I've spent the last 12 years living in warm climates I pretty much make them anytime of the year.

The vegetarian pasty can be made using dough you have made yourself, pre-made vegan pie crusts (usually sold in the freezer section of Whole Foods Market or other health food stores), or even using phyllo dough. The phyllo dough gives it a lighter flakier feel and taste, while the dough versions are heartier and more filling.

With that in mind, you will need to prepare your filling. For this I combine:

I first soften the green pepper, potato and onion in a tablespoon of olive oil. Then I add in other ingredients to warm everything up. As that is cooking you want to follow the package instructions on the pie crust, or get your phyllo dough or hand-made dough ready and your oven pre-heated according to the package.

After everything cooks for about 5-7 minutes to warm, I then put the mixture into the dough. Lay out a large circle of dough, put some filling on it to one side, and then fold over the top. Pinch the edges to close the seam. Then, put a little vegan butter or spray with olive oil and put them in the oven, baking according to the package (around 15 minutes, checking to make sure they do not overcook).

As they are cooking, prepare some vegan gravy to go over the top and cut up some fresh fruit to serve along side of it. You could also add a little gravy to the inside before closing it up and baking. 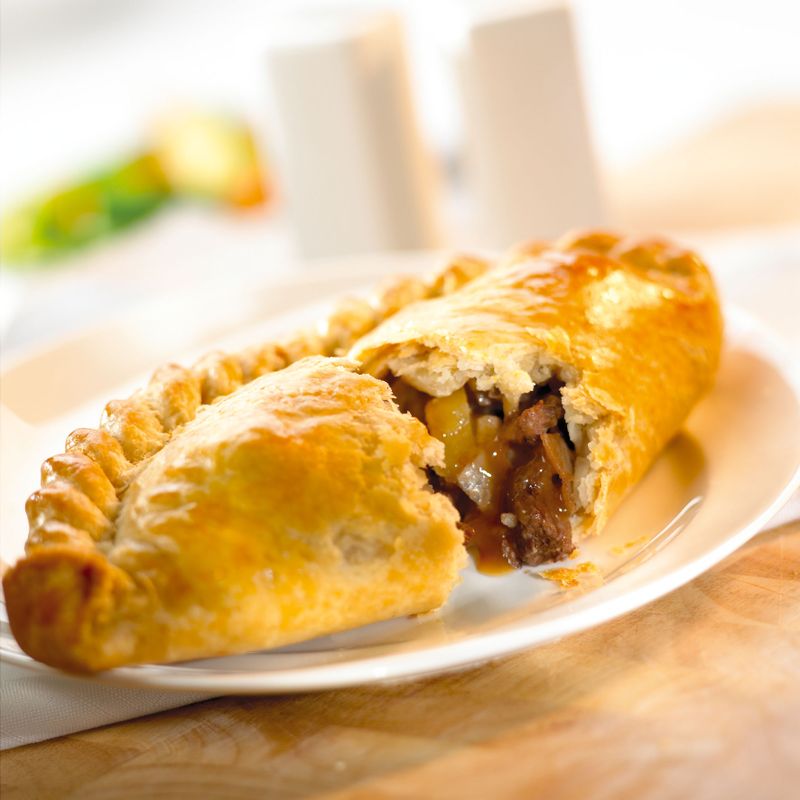 Now you have a great tasting vegan meal! Don't worry about following this exactly. You can be creative and make yours however you prefer. I make them several different ways, depending on what I have on hand at the time. Play around with it, see how easy it is, and use your imagination to create ones that your family will love!