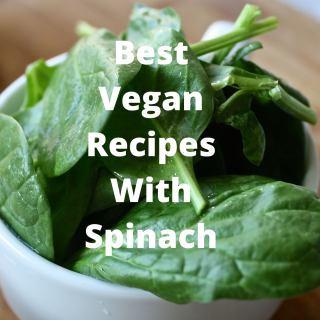 Spinach is a native vegetable to Persia (Iran), where it was cultivated about 2,000 years ago. It was introduced to India and China during the 6th century and to Europe in the 11th century. Eventually, spinach became well-known among different countries due to its nutritional and medicinal content. Juices made from spinach were also given to wounded French soldiers in World War II due to the medicinal properties of spinach that help reduce the bleeding.

Spinach has always been a popular ingredient for meat or vegan recipes. The vegetable’s green and leafy vegetables are abundant in iron, calcium, and vitamin K which are important for skin and bone health. Spinach is also versatile in different cuisines and cultures as it can be eaten raw, canned, dried, and can also be used in various types of dishes. The popularity of this vegetable has deemed it marketable by many food production companies and this led to a wide variety of commercial and organic spinach products flooding the market. But in the past few years, the market has experienced recalls of organic spinach products that were affected by bacterial infections. The organic spinach recall came from a number of companies due to confirmable food poisoning illness. The companies responsible for these products have reported having observed several cases of food poisoning and related illnesses from the customers.

Food poisoning cases from spinach products were reported due to Salmonella, E.Coli, and Listeria monocytogenes found in the products. Companies involved in the spinach recalls were facing multiple lawsuits due to these incidents. Most of the affected customers were scrambling to get over food poisoning and they were suing the companies involved to cover their medical expenses. Still, after all the recalls on spinach products, fresh produce from local farms has helped the spinach business recover in the following years and it was safe to consume spinach again, which was a relief for vegetarians.

Until now, spinach plays an important role in vegan cuisine, especially now that more people are becoming inclined with vegan recipes. The following recipes will highlight the best ways on how to use spinach on vegetarian meals:

To prepare this dish, the broth is first prepared using dehydrated or dried vegetables such as carrots, cabbages, parsley, onion, and garlic. For a more convenient approach, vegetable bouillon cubes are dissolved in water to produce the stock. The rice is cooked with this stock and then it is set aside to gently cool down. In a skillet, saute onion, followed by celery and garlic until all are evenly browned and caramelized. Add the spinach leaves and cook for less than a minute and finish the toppings with salt and almonds. The dish will combine the nutty flavor of almonds and the savory taste of the rice and the slight bitterness of the spinach leaves to create a satisfying vegetable dish.

Dhal is a traditional Middle Eastern and South Asian dish that consists of pulses or vegetables such as beans, peas, and lentils. This dish is also made with an assortment of leafy and starchy vegetables which helps elevate the flavor of the pulses.

In this recipe, lentils will be combined with spinach and sweet potatoes to produce a sweet and starchy flavor that capitalizes the faint tanginess of cooked spinach.

For this dish, we need to prepare lentils, sweet potatoes, spinach, onion, garlic, and basil. We will also use spices such as turmeric powder, cumin, and chili powder. The first step is to saute sliced onions and crushed garlic in olive oil at medium heat. Add the spices into the pan and add the chunks of sweet potatoes and stir until they are coated in oil and spices. Add in the vegetable stock and let it simmer. Finally, add the leafy vegetables such as the spinach and basil leaves when the dish is nearly cooked. The vegetable broth will be thicker at this point due to the starch in the sweet potatoes and this makes it a perfect dish to have at any time of the day.

Lasagna is most commonly cooked with meat as its fillings or ingredients. Thus, a simple yet delicious spinach-mushroom lasagna recipe would come in handy for people who love vegetarian pasta recipes. The vegan spinach-mushroom lasagna recipe has four components: tofu 'ricotta', sautéd mushrooms, lasagna noodles, and tomato sauce. The tofu 'ricotta' is made by blending tofu, cashews, lemon juice, garlic, vegetable broth, dried basil, salt, and yeast together in a food processor. The goal is to have a thick mixture similar to ricotta cheese. Add the spinach until it is mixed in well. In a separate pan, sauté onion in olive oil and add mushrooms and a bit of salt.

Bread dishes are also a popular choice amongst vegetarians. Bread can go well with a variety of ingredients and vegetables are one of them. Bread and pastry do not have a strong and overwhelming flavor and this lets the other ingredients shine in a dish. For pastry dishes, spinach is a popular choice in making vegetarian bread rolls because its tanginess and acidity pair well with the salty flavor of baked pastry.

To make spinach and artichoke bread rolls, prepare equal parts of spinach, artichokes, and bread pastry. First, the pastry is lined in a baking tray as flat layers. After baking the pastry, the filling is prepared. The filling will consist mainly of fresh spinach and artichokes but it can also include several vegan options such as vegan butter and vegan cheese. After spreading the filling into the pastry layers, the layers are rolled and crammed into a baking pot and then topped with even more vegan cheese. This will be roasted for a few minutes to let the cheese melt and to form a crunchy crust on the bread. Serve with different types of dip or with hot chocolate to enjoy it to the fullest!

For vegetarians looking for a sweeter flavor, crepes are the best thing on the menu. Crepes are traditionally made with buckwheat flour, milk, and eggs, but for vegan dishes, it can be made with non-dairy milk and vegetable oil. Paired with almond cheese and sauteed spinach, this recipe is a great snack or dessert!

To prepare this dish, prepare the ingredients for the crepe batter which are flour, non-dairy milk, sugar, salt, cornstarch, and oil. First, mix the dry ingredients first, then add the wet ingredients to form the batter. Heat up a non-stick pan and coat it with oil and let it heat up for a few minutes. Doing this will ensure that the oil is hot and perfectly coats the pan and this prevents the crepes from sticking to the pan. Pour a thin layer of the batter and cook it until the edges are crisp and brown. Flip the crepe and cook the other side until perfectly formed and dry. The filling for the crepes will consist of spinach sauteed in oil and garlic paired with melted almond cheese. The sweet flavor of the crepes will pair well with the crunchiness of the spinach and the saltiness of the melted almond cheese and this makes these crepes a great snack to bite into!