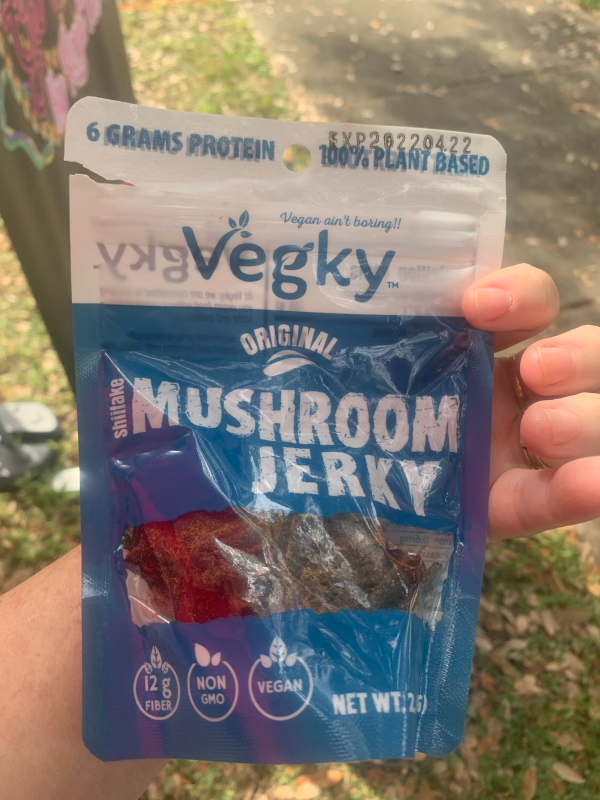 While at the Orlando Veg Fest this past weekend (October 2021), I saw a vendor selling Vegky. It's a vegan jerky that is made from mushrooms. I took a look at the ingredients to make sure it didn't have ones that I try to avoid. It didn't, so I bought a bag of it, which was $5.

The Vegky vegan jerky is made from shiitake mushrooms. There were several different flavors available, but I bought the regular one to try. It had a good flavor and texture. I ate some and saved some for my family to try and they all liked it.

The only down side that I saw about vegan  jerky is that it's made in Taiwan. Seeing a booth at the event I guess I assumed it was by a company a little closer to home. Turns out, the vegan jerky traveled around 8,500 miles to be there. I don't care for that, as it's not environmentally friendly at all.

So I like the Vegky vegan jerky, but I don't care for the fact that it's made so far away. That fact alone would keep me from purchasing it. We need things made closer to home so that it's more environmentally friendly... which is better for humans and animals alike.