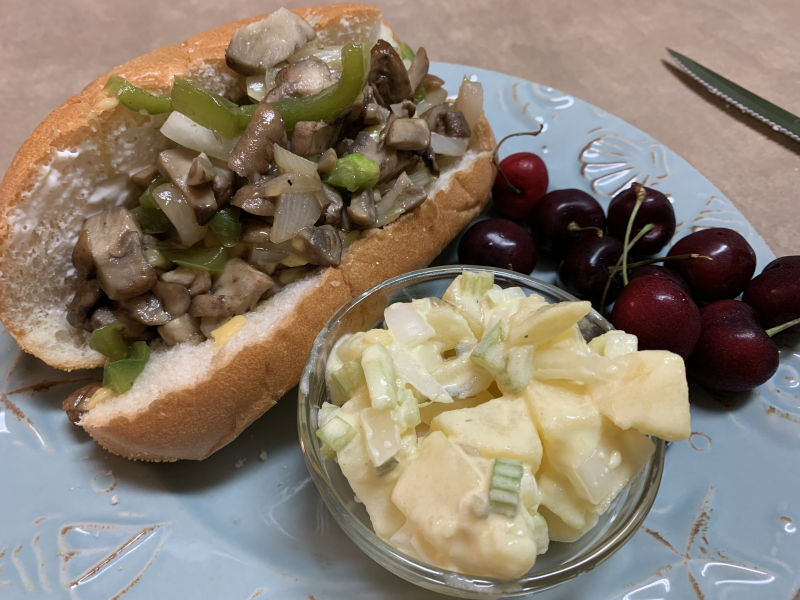 I recently heard that the sub chain Jersey' Mikes was now offering a sub that was a portabella mushroom and Swiss. I was intrigued and wanted to make a vegan version at home. It was really easy to make and it turned out tasty! I served it up for dinner along with some vegan potato salad and some fruit.

Add the portabella mushroom, onion, green pepper, and olive oil a pan. Sprinkle with some salt, if you are using any. Cook over low heat, stirring once in a while. The mixture will cook like this for about 10-15 minutes, until everything has been softened. Add in your slices of cheese to the top and turn the heat off. The cheese will start melting. Meanwhile, you can get your sub rolls ready. I added a little vegan mayo to them. Then scoop the mixture into the sub rolls. You can top with a little hot sauce, if you like it a little spicy. That's it... it's that easy! Enjoy! 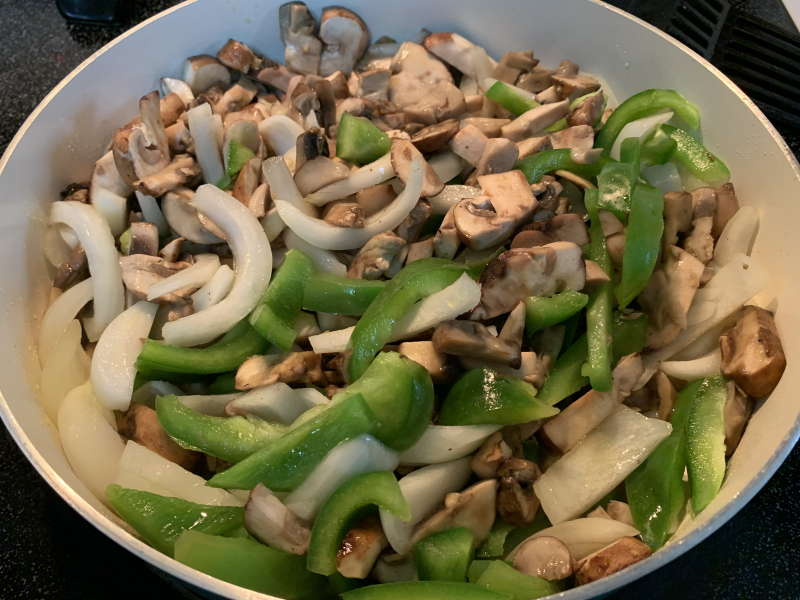 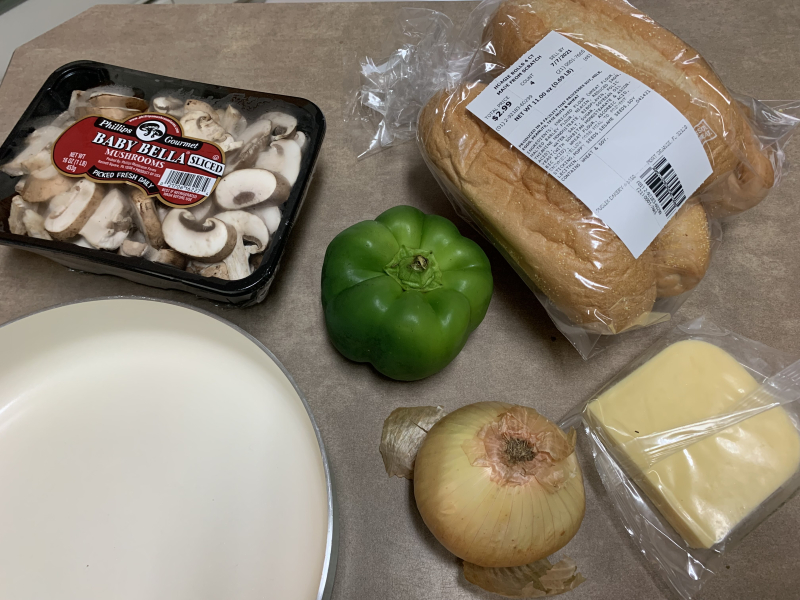