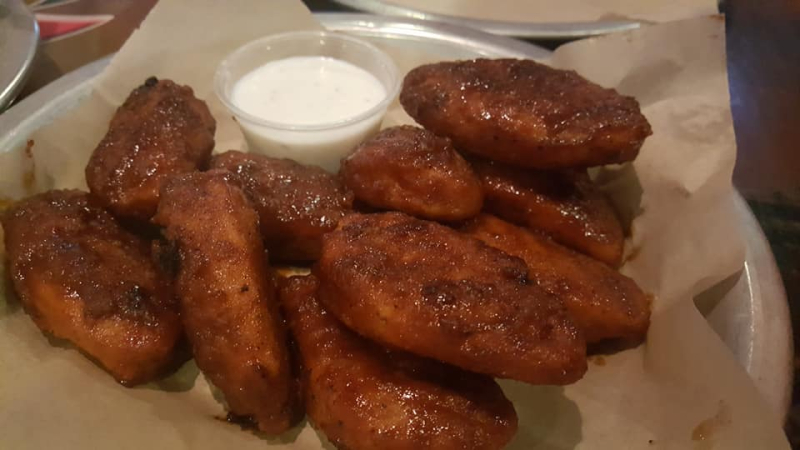 This week while on vacation we were near a Hooters. We have never been to Hooters before, but we had heard they now have vegetarian wings. So we decided to try them out.

The wings come in two order sizes, 5 or 10 pieces. You choose the sauce you want on them, which we chose the Daytona sauce.

The wings are made by Quorn, so they are not vegan. They do contain eggs. I didn't know that when we were there. I researched that when writing this article. Perhaps at some point Hooters will offer a vegan wing, or Quorn will make their product vegan.

Anyway, the wings were good. We all liked them. They are not as good as the vegan wings we get at Reggae Shack in Gainesville, but they were still good. The sauce was a nice mix of sweet and tangy, and the wings had a good texture.

Hopefully they do make them vegan at some point. It's nice that they are offered, so there is a meat free option on the menu. Plus, they do taste good. Hopefully meat eaters opt for them at least some of the time, so it's better for them, the animals, and the planet. 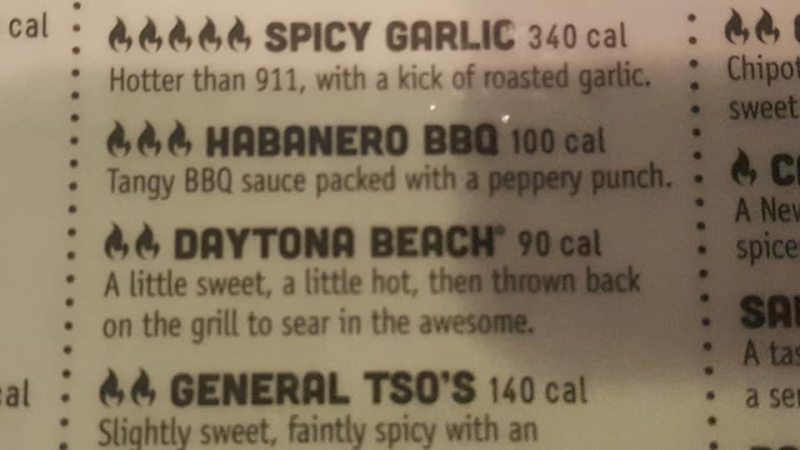