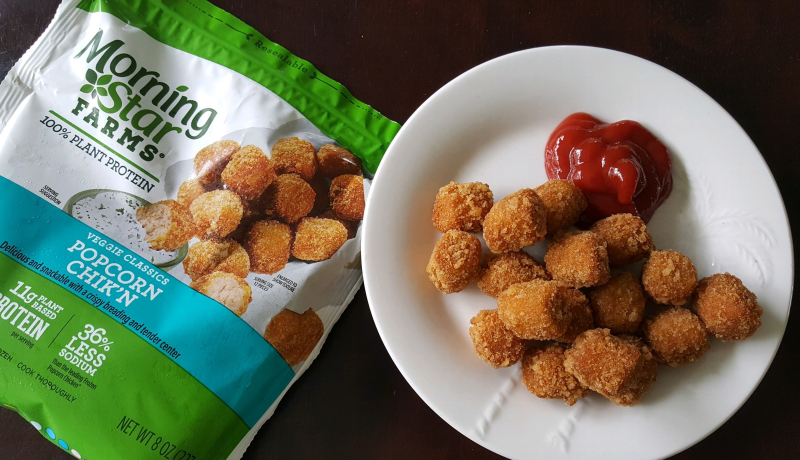 This week, I saw these in the grocery store and decided to give them a try. I made some for a quick lunch today and dipped them into ketchup.

It says there are 2.5 servings in the bag. I was really hungry and didn't want to make other things to go with it. I was in a hurry and wanted a quick lunch. I made half the bag in the oven. I ate those in just minutes and was still hungry. I put the other half of the bag in the oven and ate those, too!

Love the idea of these,  but they are just their other product cut up smaller, which makes it more difficult to eat if you want to use your fingers to dip. And I felt like I had to eat a lot of them before I stopped feeling ravished. Next time I'll just stick with buying their regular chick'n nuggets.

These are vegan, and Morningstar Farms is in the process of making all of their products vegan, which is great. If you have a child you may want to pick these up for them. They would be great for a toddler!

Check out the Quorn Nuggets. To me they taste better.. Seem crisper..Gonna try these little ones.. Thank you..

I need to try the Quorn ones. I keep seeing them, but haven't given them a try yet. I will!