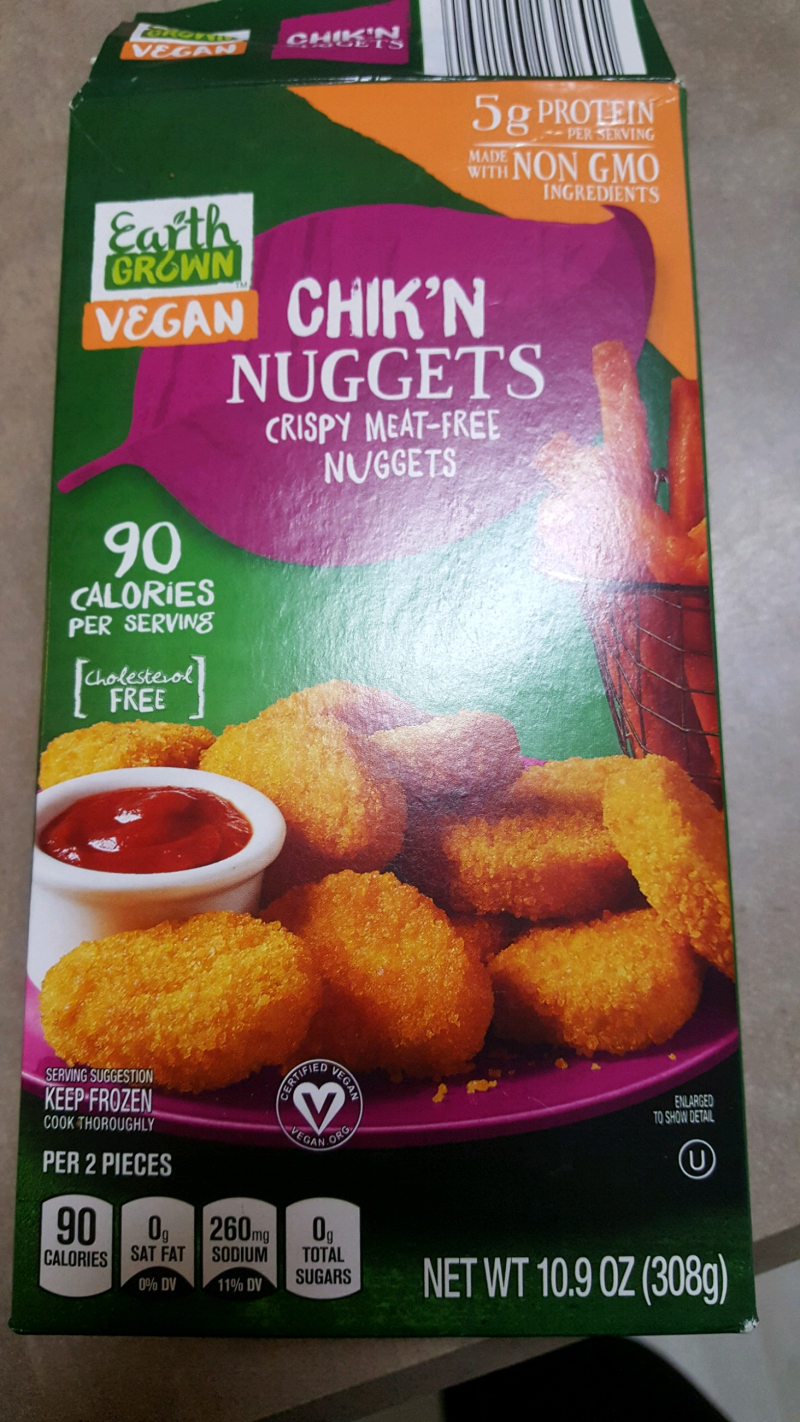 I love the fact that Aldi has its own line of vegan foods, which is the Earth Grown brand. I've bought several products that I like, including their veggie meatballs and their veggie dogs. This week, I saw these vegan chick'n nuggets in the store and decided to give them a try.

The first thing that I noticed is that the Aldi chick'n nuggets are a bit odd in color. They are a bright orange and it seems very artificial. But still, I carried on in full fashion to give them a shot. I dipped them in ketchup, like I do all other vegan chick'n nuggets, when I had some for lunch this week.

I hate to say it, but I don't like them. I really thought they had no flavor at all. The only thing I could taste was the ketchup. So I tried it without ketchup to get a sense of the flavor of the nugget. There was nothing there. They were just completely bland, and too brightly colored.

Two thumbs down for the Earth Grown chick'n nuggets from Aldi. I wouldn't buy them again. I've had good vegan chick'n nuggets that I will stick with, which include the Earth's Best brand and the ones by Gardein.