Tips for Saving Money on Vegan and Vegetarian Foods 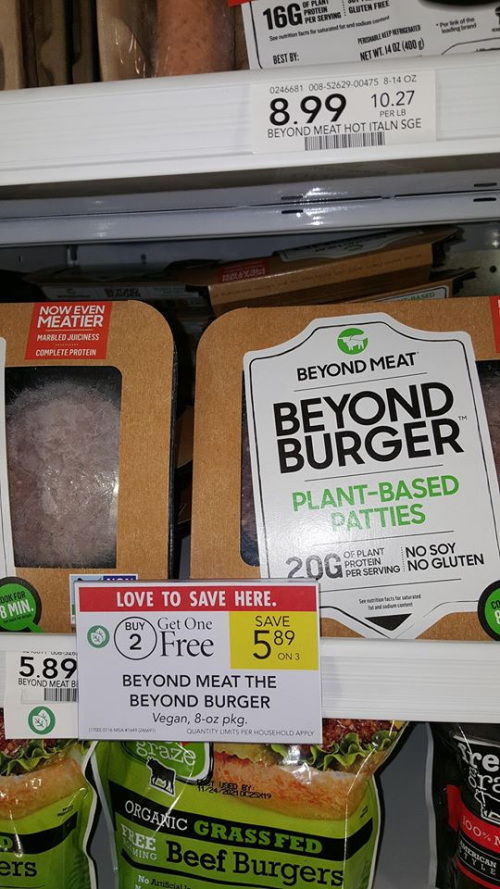 Many people wonder how they can save money on vegan and vegetarian foods. I do as well. Everyone wants to get a deal, right?

When I went veg in 1995, products like vegan cheese didn't exist. Veggie burgers were nowhere to be found until several years later, and there was like three types of plant based milks (they were all shelf stable and you had to go a health food store to get them). Today, there are so many vegan and vegetarian products available, it's amazing. First, let's say that consuming them regularly could be questionable, because some don't have the healthiest of ingredients. Okay, now that I have that out of the way (because I know there are some health police who will say something), let's just say that sometimes these products are good!

The problem, however, is that they can be a bit costly. The good news is that you can save money buying these vegan and vegetarian products. You just have to look for the deals. Where I live, I like Publix. The grocery store often has BOGO deals (buy one, get one free). Last week, Gardein products were on sale BOGO. Plus, they had $1 off coupon in their booklet as you walk into the store. You could even use the $1 off coupon on the one you were getting free. So that made it about $1.50 per package! Deal!

This week at Publix, there are lots of vegan and vegetarian products that are on sale BOGO. Plus, there are additional ways to save. For example, their app has a $2.50 off clipless coupon for the Lightlife Burgers. Plus, Ibotta has a $1 off rebate for the Beyond Burgers. This really makes those items affordable.

During the times that these items are BOGO I stock up if there's something I really like. That way, I won't pay more when I need it a week or two later. Look for the deals each week and take advantage of them. Look for additional ways to save, such as with coupons and by using the Ibotta app (which often has instant rebates for lots of vegan products). You can save money and still buy some of these products! I bought some of the Daiya cheese, and a few Sweet Earth burritos. I also bought the Lightlife Burgers to give them a try.

If you join some email lists for the companies they will also send you coupons, such as for Beyond, Just, and Sweet Earth.

Here are some of the deals for this week at Publix, starting January 17, 2020: 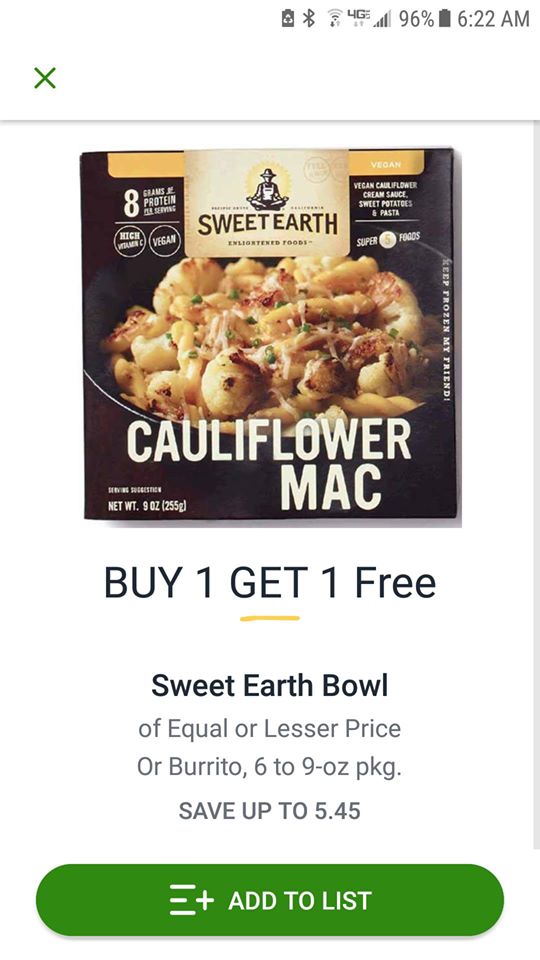 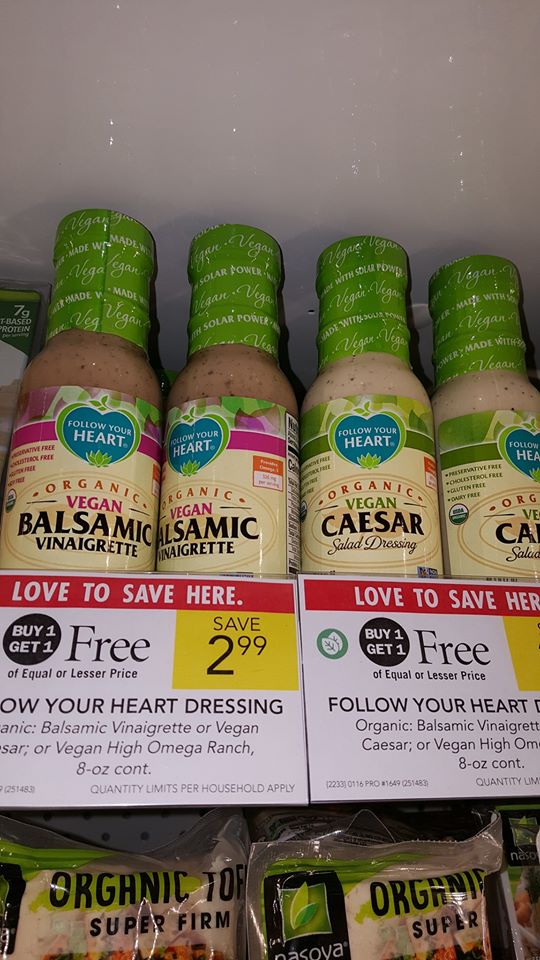 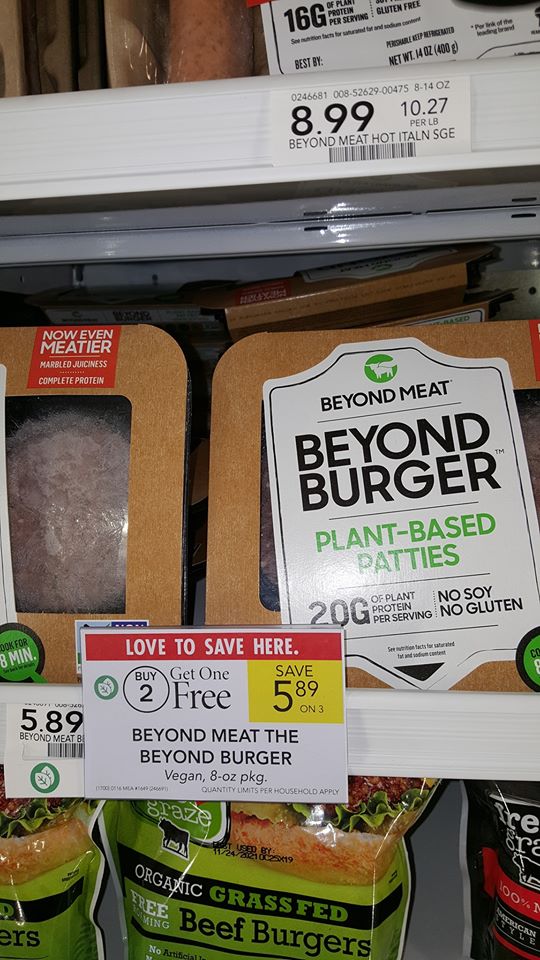 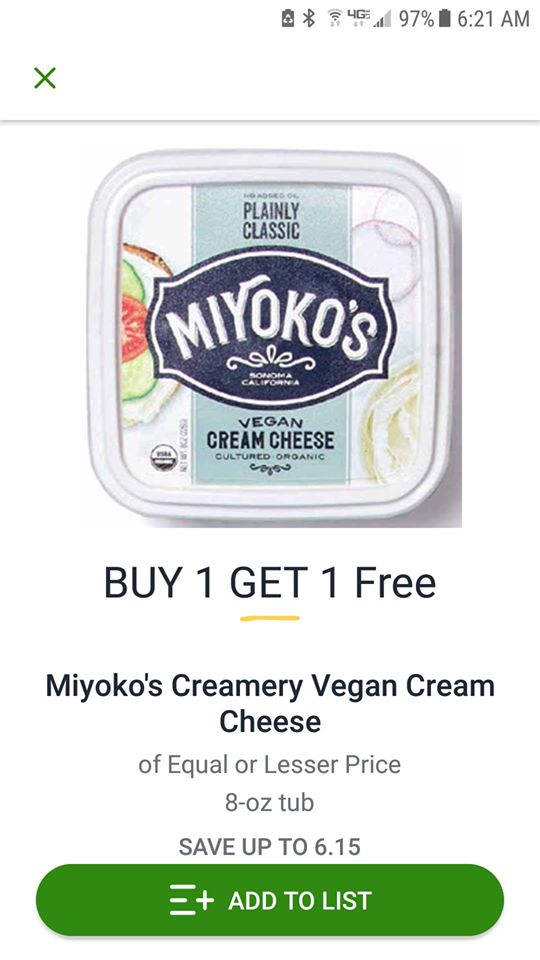 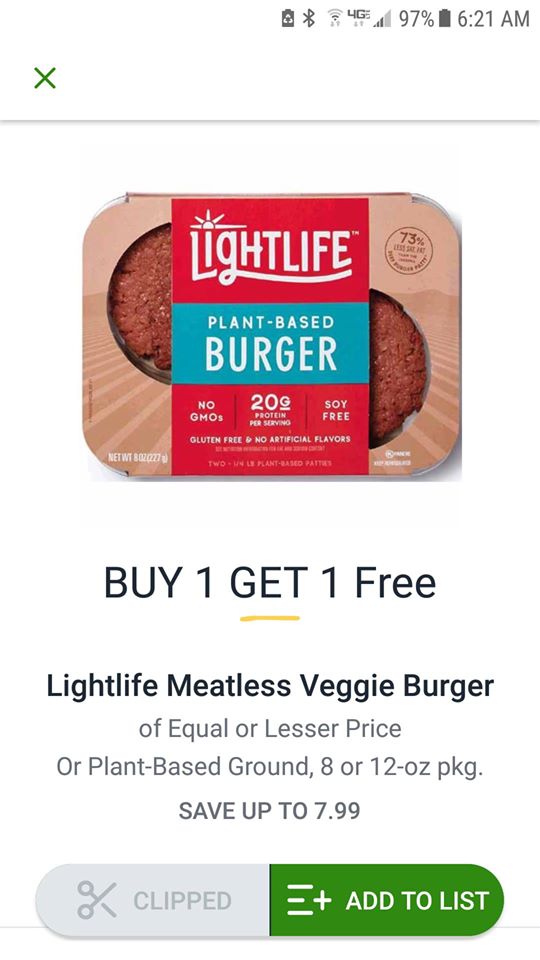 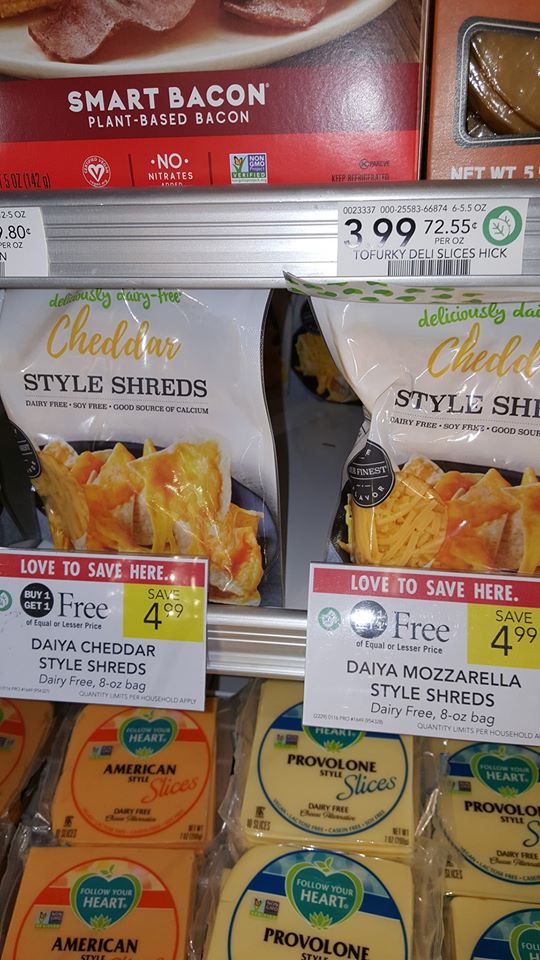