This review is from January 2020. Read an updated one from February 2021 here (they changed their menu). 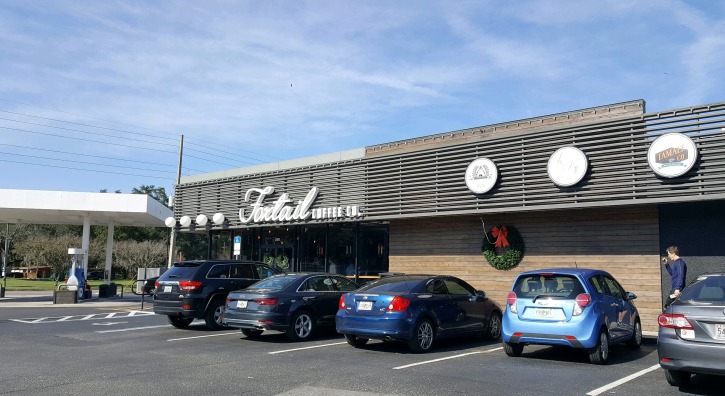 Yesterday, on New Year's Day 2020, my daughter and I were in Orlando and planning to dine at our favorite place, Ethos Vegan Kitchen. Low and behold, we found out they were closed on New Year's Day. So I did a quick search for vegan restaurants near me and we decided to go to Loving Hut (we've been to other locations before and like it). They were closed, too! So I did another search and came up a place called Leguminati, which I had never heard of. We were only two miles away, so we decided to try it out for lunch.

First, I have to say that I love restaurant name - Leguminati. Love it! Very cool name. Anyway, we go over there and we find that Leguminati is a small cafe that is in shared building space. But it's really cool... there are plenty of tables, chairs, and counter spaces available. The shared space is with a coffee shop and two other restaurants, one that had Vietnamese food and one that has Tamales (the Tamale place was closed on that day as well, but I've had their vegan tamales at the Orlando VegFest and they are good).

When I was looking at the menu I kept reading about the OG Crunch. I was interested in that option, but couldn't picture what it was like, so I was leery about ordering it. I asked the woman working there if it was like a regular wrap. She said yes, and so I opted for for the Chick'n Salad instead. My daughter ordered the LGBT Sandwich, and I ordered a large fresh brewed iced tea. We took a seat while we waited for our food, and I look up at the board to see a diagram of the OG Crunch. Dang it! I wish I had seen that before placing the order. I was immediately wishing I had ordered the OG Crunch! I wish the woman working there would have pointed out the diagram when I was asking her about the OG Crunch, so I could get a better idea of what it was like. It's like a version of the Crunch Wrap at Taco Bell or Moe's.

Our food arrived and it looked good. We both dug in and my daughter really liked hers. She didn't even want me to try it, because she was loving it. I felt like my Chick'n Sandwich didn't have much flavor (and I was still wishing I had ordered the OG Crunch).

I really like the idea of this place and how it's in this shared space building. It's kind of like a food court that has lots of vegan food options. Everyone can order from different places and come together to share a table. I would go back here again, but I would not order the Chick'n Sandwich again, it was just okay. I would, however, try the OG Crunch! Plus, I walked around to look at the other places. I already know that I like the vegan tamales being offered, and I would love to try a few of the vegan options at the Vietnamese cafe.

Be sure to check this place out if you are in Orlando and looking for vegan food. Whether you peruse the menus and decide to eat at Leguminati, the Vietnamese restaurant, or the tamale place, it's well worth stopping in. We'll go back again to try other dishes, too!

Leguminati is located at 2401 Curry Ford Rd in Orlando.

Here are some pictures: 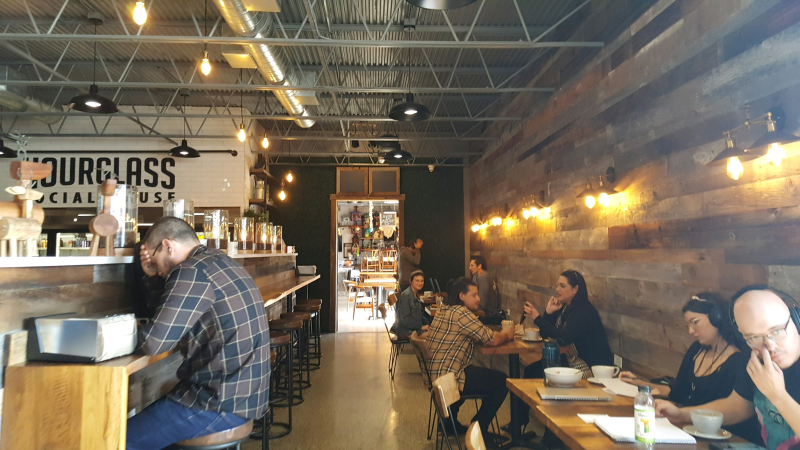 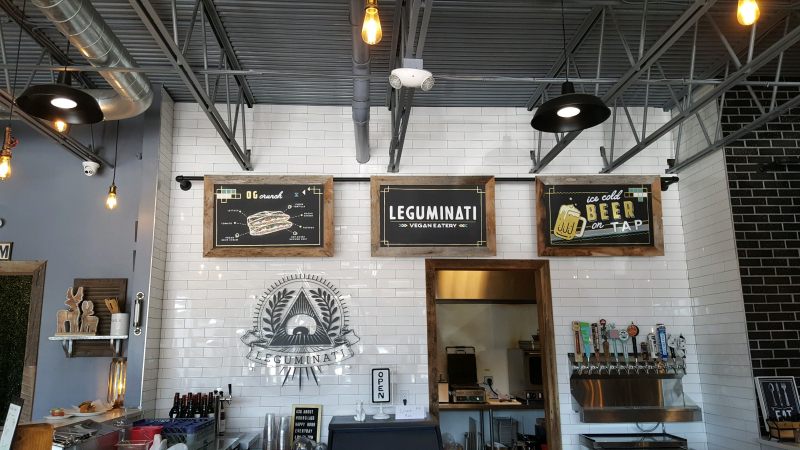 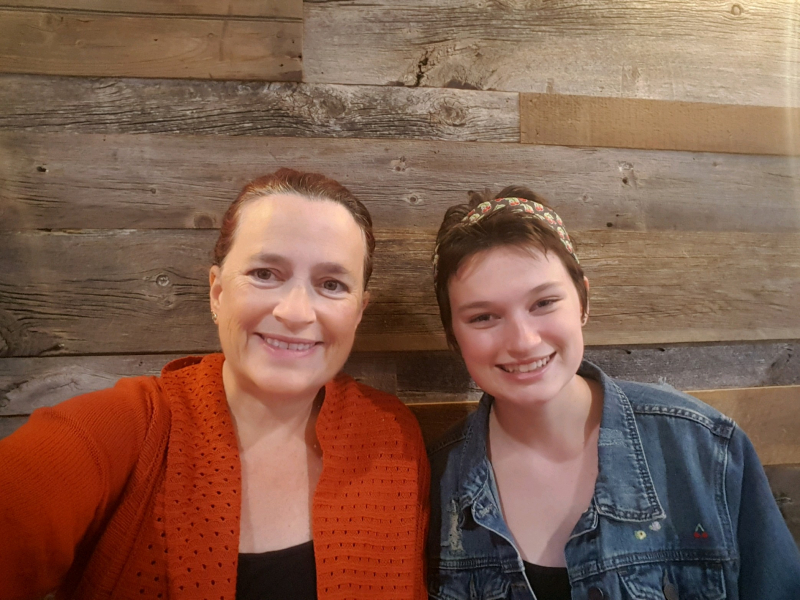 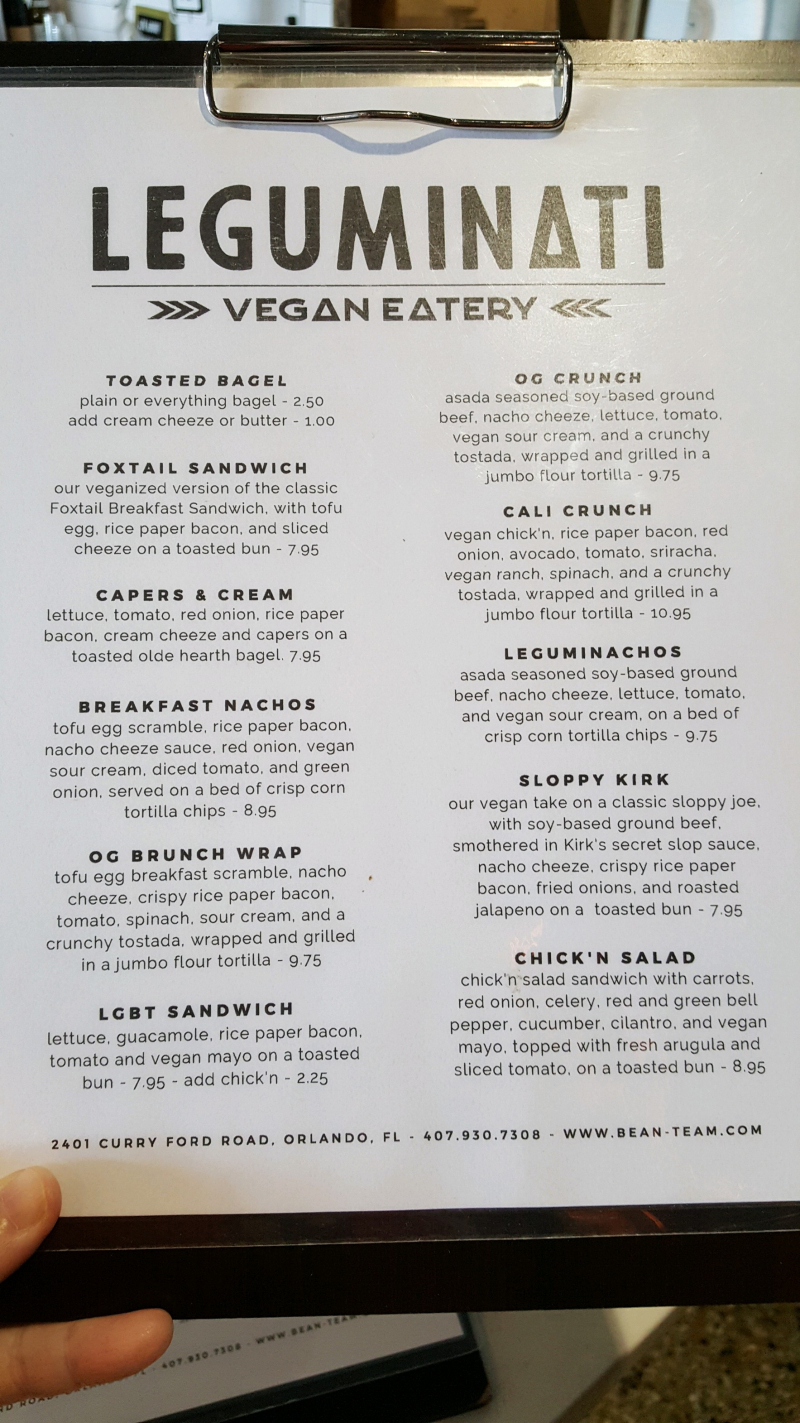 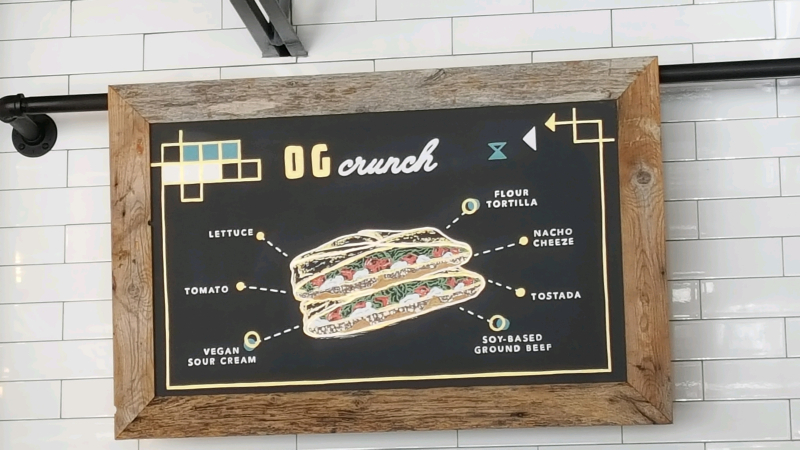 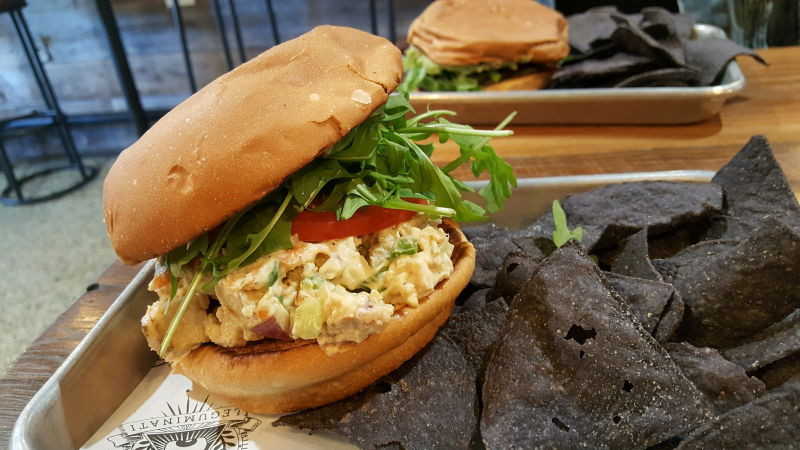