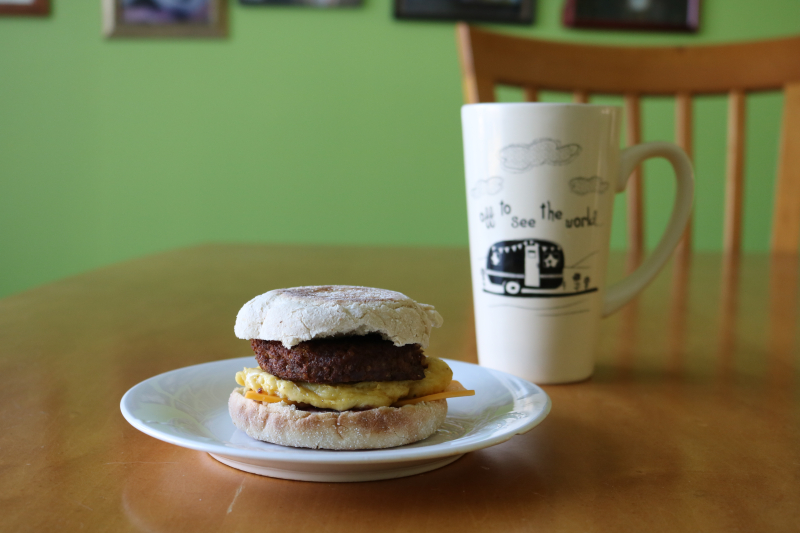 For the vegan muffin breakfast sandwich, I use some vegan English muffins. I toast it, then top it with some vegan butter and jam, then a little vegan cheese, a Just Egg, and the veggie sausage. My favorite vegan cheese to use for this type of thing is Violife or Follow Your Heart. Both are good vegan cheeses and readily available at the local grocery store in the produce department. I love Just Egg! I use it for making great omelets, vegan egg sandwiches with just bread, mayo, and tomato, and to make vegan muffin sandwiches like this.

The sandwich was great! I made my husband and myself one and we both loved it. I loved the Hilary's veggie sausage. While I thought the apple maple flavor one was pretty good, I really liked the spicy veggie one a lot. I would buy them again and have a preference for buying the spicy veggie one. Yum!

Keep in mind that this is not something we eat often, it's more of a treat. Throughout the week for breakfasts we tend to usually have a smoothie or acai bowl. But on the weekends sometimes we like to splurge a little with things like this. I have also made this same vegan breakfast sandwich swapping out the veggie sausage for Yve's Canadian Bacon (also vegan).

Two thumbs up for Hilary's organic veggie sausage, especially the spicy veggie one! 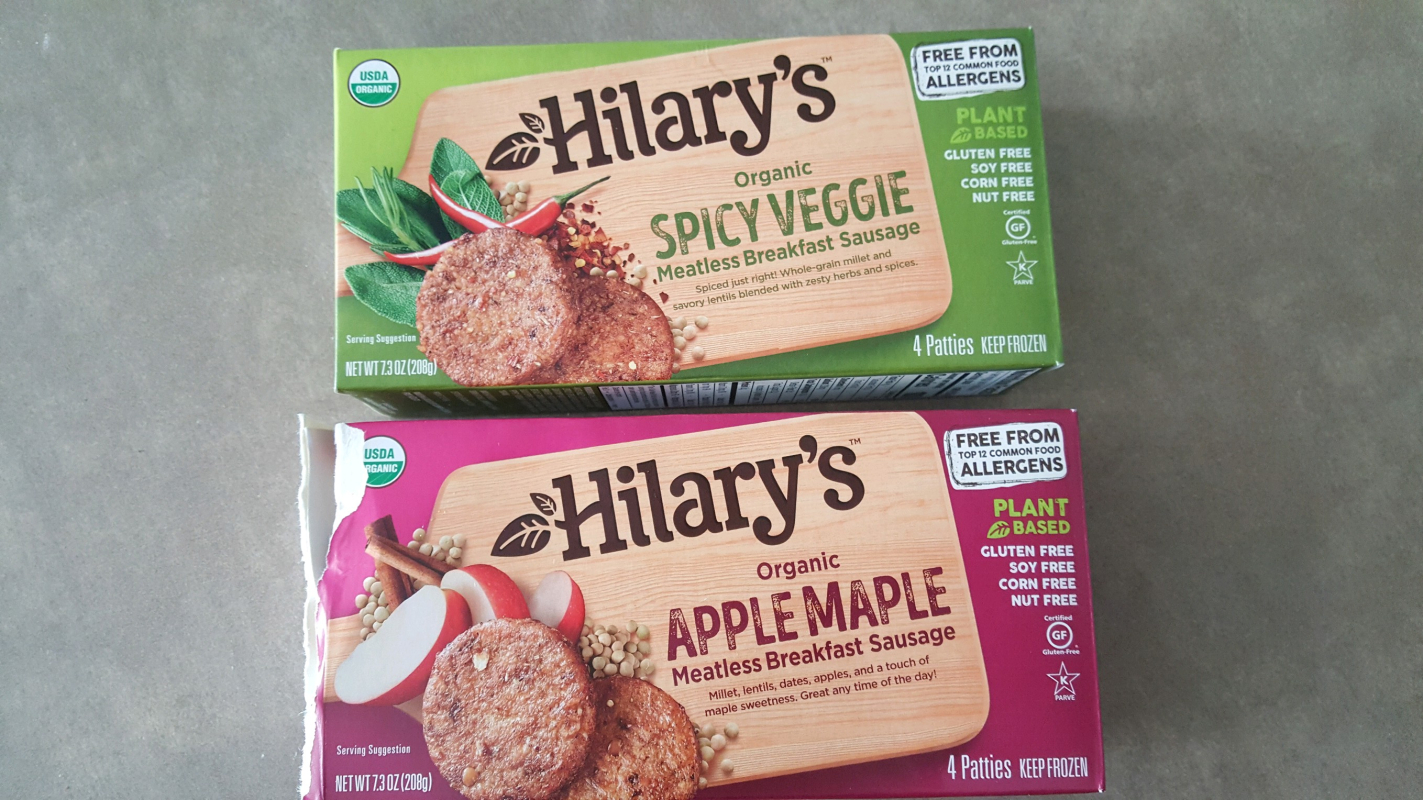 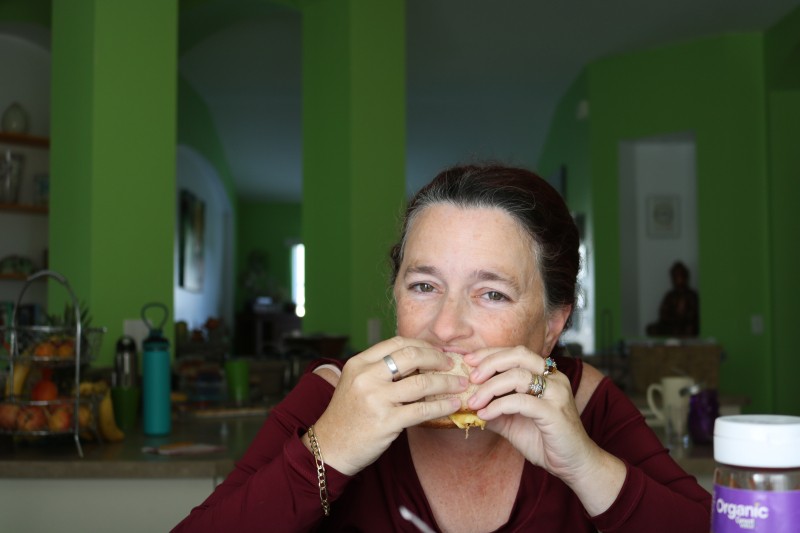 I make these all the time.. Very good...