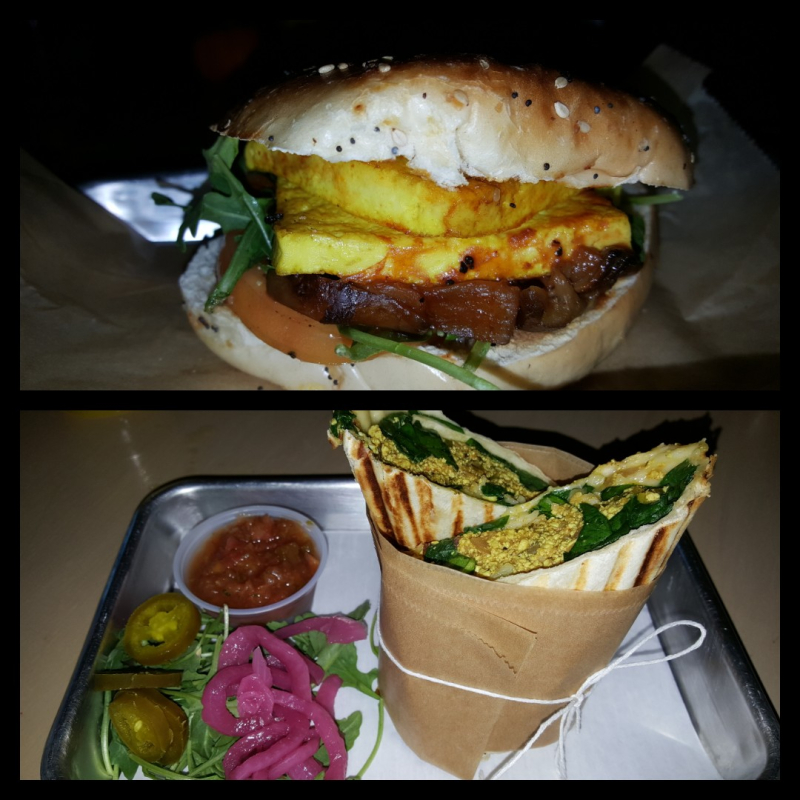 We were recently in St. Augustine, Florida for a half marathon and 5K that was taking place. I wanted us to get breakfast after the run, so I did a search to find a place that had some vegan options. I across the City Bistro and Tea House / Farm Hand Kchn. It seems as though the place used to be called City Bistro and Tea House, which is the sign at the road, but it is now called Farm Hand Kchn, which is the name on the door.

This place has numerous vegan options. I was pretty excited to try this place. I ordered the vegan breakfast bagel, which is an everything bagel that has pulled portabella, tofu eggs, grilled tomato and arugula. I also ordered some hot tea. Their hot tea is organic and they blend their own tea flavors. My husband ordered the vegan chorizo burrito, which is a burrito filled with tofu chorizo, black bean/corn salsa, potatoes, and violife mozzarella. He also ordered some orange juice, which they freshly squeeze right there in front of you.

We took a seat to wait for the food. They have a nice little diner. It's a big dim though, it would have been nice for the diner to not be so dark in there (it's why my food pictures are so dark, despite using flash). However, I still like the atmosphere. They do also have a small outdoor seating area, but it was a tad cold that morning, which is why we sat inside. I saw that they make their own sugar cubes, with them having various flavors, such as mint. That was neat! The food arrived and I was impressed right away. They wrap the entrees on the plate, so they are like little gifts of goodness. We both dug into our dish and immediately I was in heaven. The vegan breakfast bagel was so good. I couldn't get over how tasty it was. My husband also loved the vegan breakfast burrito. We ate every bite of the food and loved it.

This place is a little gem! It's a cute and it has a lot of unique charm. In addition to these two vegan options, they also do have others. They have vegan options for lunch as well, although you could really eat these breakfast ones that we had anytime of the day.  They offer a vegan burger, wrap, and portabella sandwich. We would go back here for sure for their vegan options the next time we are in St. Augustine. Two thumbs up for this great place!

You can check out the restaurant and menu here. 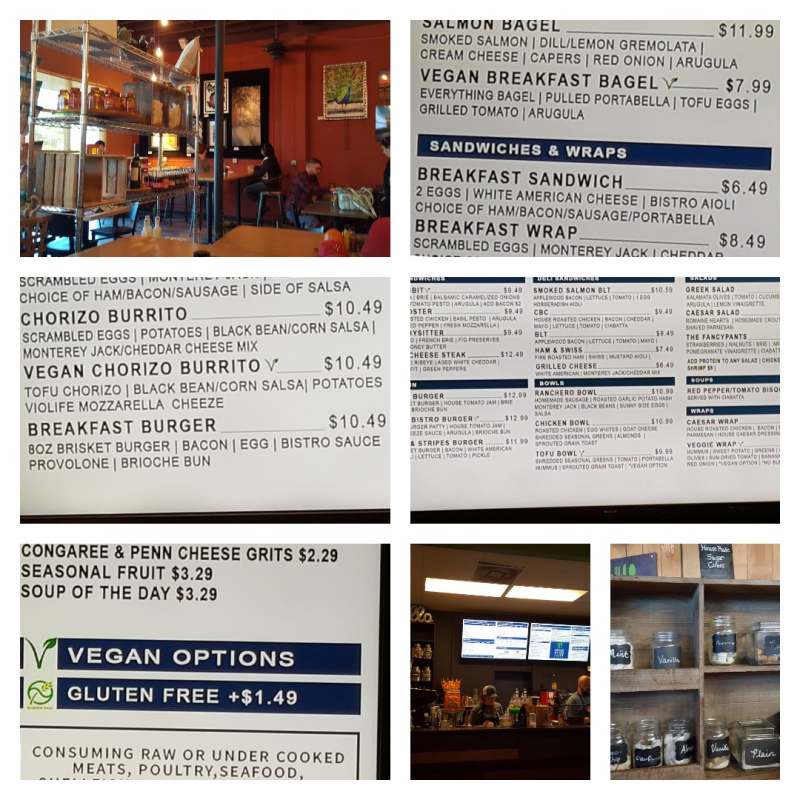