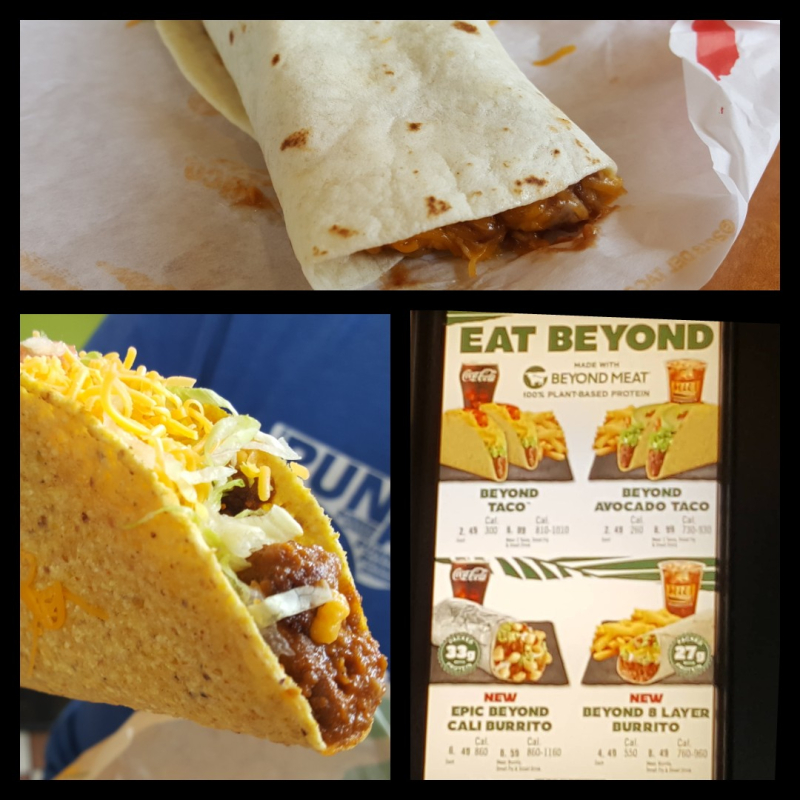 When we used to live in Las Vegas, we liked to go to Del Taco. There was one minutes from our home and we would go there regularly, opting for bean burritos and tacos. Now, we live in Florida and the closest Del Taco is an hour away in Orlando. As such, we don't make it there very often. Today, we had a soccer game in that area, so we decided to stop off for lunch and try the Beyond Tacos and Beyond Burritos.

Beyond Meat, if you are not familiar with it yet, is a plant based meat that is popular and found across the country. Del Taco is offering Beyond Meat in their restaurants across America. You can get Beyond Burritos or Beyond Tacos. We opted for both, so we could give them both a try.

I saw other people ordering the Beyond Meat products while we were there, and before we left I went up and asked the cashier if they sell a lot of the Beyond products. He said they do sell pretty good, which was nice to hear. I let him know that I thought it was good and we'd order it again for sure.

Two thumbs up for the Beyond Tacos and Burritos at Del Taco!