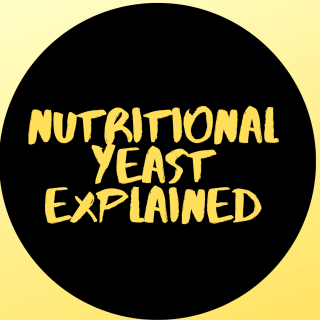 How do you use nutritional yeast?
Many vegans think that nutritional yeast tastes like cheese, so they use it to make various cheese sauces. You will find it in quite a few vegan recipes. You can use it in sauces, sprinkle on things like a baked potato, popcorn, steamed vegetables, buttered noodles, pasta dishes, etc. It can also be used in dips, sauces, and soups. There are even people who add a little to their smoothie. There is no limit to the ways you can use nutritional yeast.

My Personal Experience with Nutritional Yeast
I personally don't understand the craze that so many vegetarians and vegans have with nutritional yeast, or nooch. I have had it in my house for years, but I don't care for the taste it creates with sauces. I don't think it tastes like cheese, so I'm not that big of a fan. The only thing I've really used it for over the years was to sprinkle on popcorn and to sprinkle on buttered noodles for my kids. That's about it. Plus, I have Crohn's Disease and came across the above information while doing the research for this post. Finding that information has made me aware that I should avoid nutritional yeast from now on.