The Streamliner is back on the menu at Johnny Rockets! 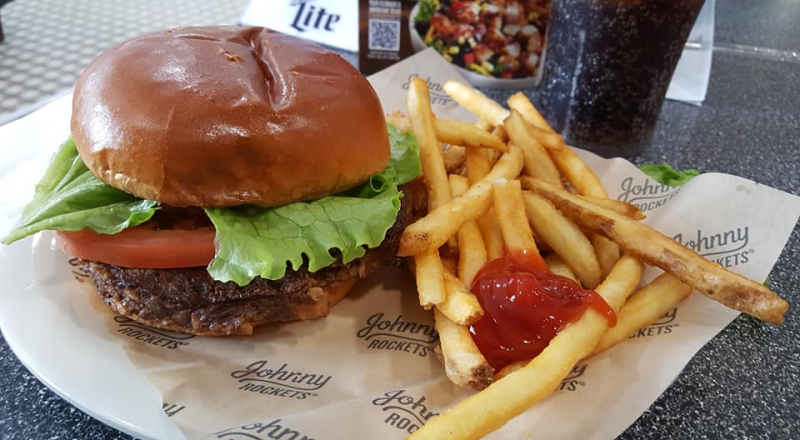 In 2017, I was upset to stop into Johnny Rocket's to order my favorite veggie burger and fry, only to find out that they had removed it from the menu. They had replaced it with a black bean burger. Yuck. I'm not a fan of black bean burgers! I wrote a blog post about them nixing the Streamliner, my favorite vegan burger and fry combo there. Not long after that, the corporate office could see that people were not happy that the Streamliner was gone, so they brought it back. However, it was not officially on the menu again, because they had just printed those new menus without it.

Since then, we would still periodically go to Johnny Rockets and order the Streamliner, but we had to do so without it being on the menu. That's something I'm not a fan of, but we did it. Those who didn't know the option was there, however, would be stuck with the black bean burger.

Today, in July 2019, we stopped into Johnny Rockets at the location we usually go to, which is in Daytona Beach, and I was thrilled to see the Streamliner back on the menu!

It's officially back on the menu, so everyone will know about it and be able to order it. Yay! The four of us had the Streamliner. For some reason they deep fried it, which they have never done before, so it came out darker and crispier than usual, but it was still really good. It comes on a whole wheat bun, which we don't want, so we opt for a regular white bun.

So happy to see the Streamliner officially back on the menu at Johnny Rockets! 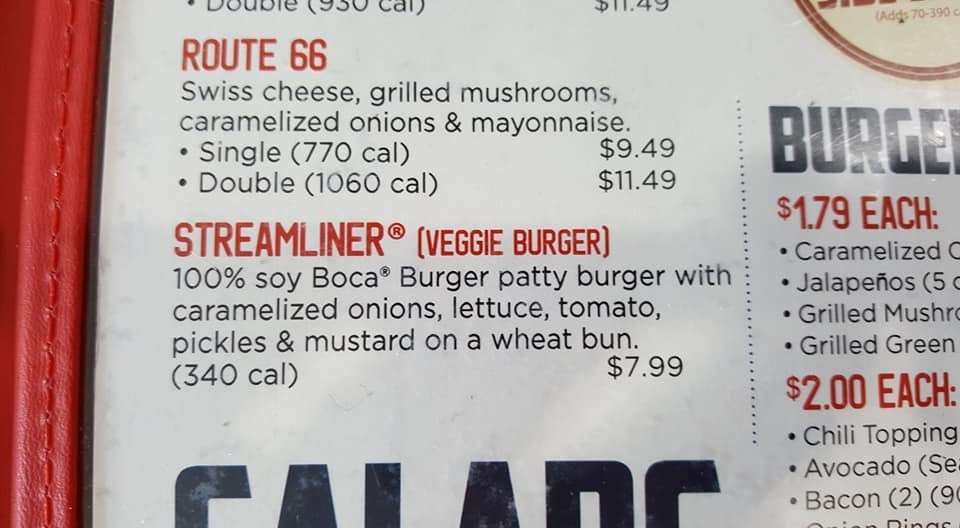 I just want to thank you for your faithfulness in keeping us all informed about foods we can buy and where we can eat. I live in the Daytona Area so you really are helping my family a lot. Thanks again!

Thank you for the feedback, I'm glad it's helpful! ;)