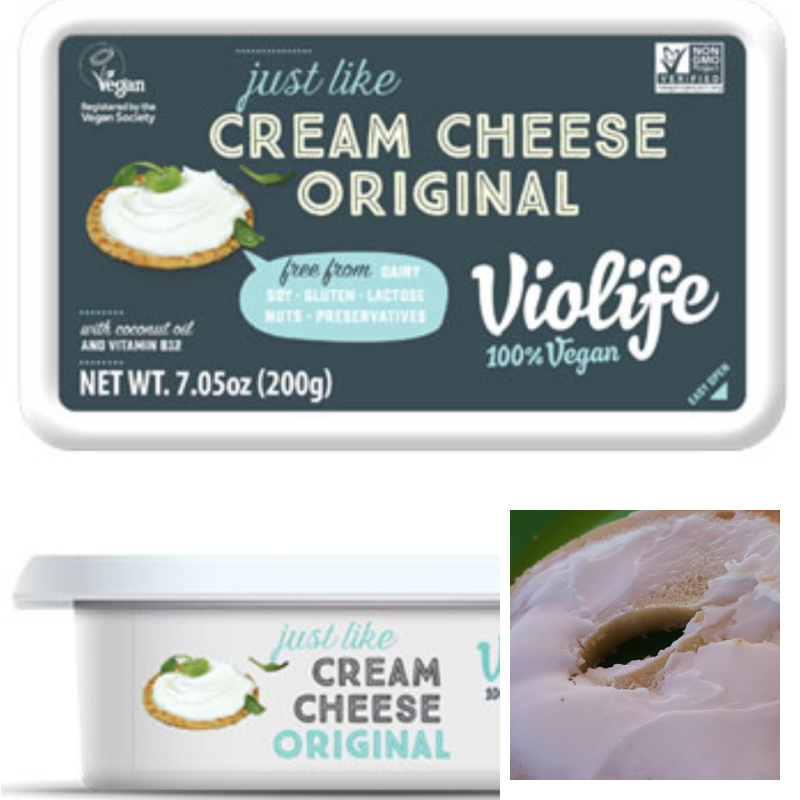 Recently, I tried vegan cheddar cheese, both the shredded and slices. This week, I saw they have a vegan cream cheese, and I was happy to give it a try. This morning, I tried the vegan Violife vegan cream cheese on a toasted sesame bagel. I tried it by itself, too. It was great!

I will certainly be buying this again. If you want a good vegan cream cheese, try Violife brand. It's great!