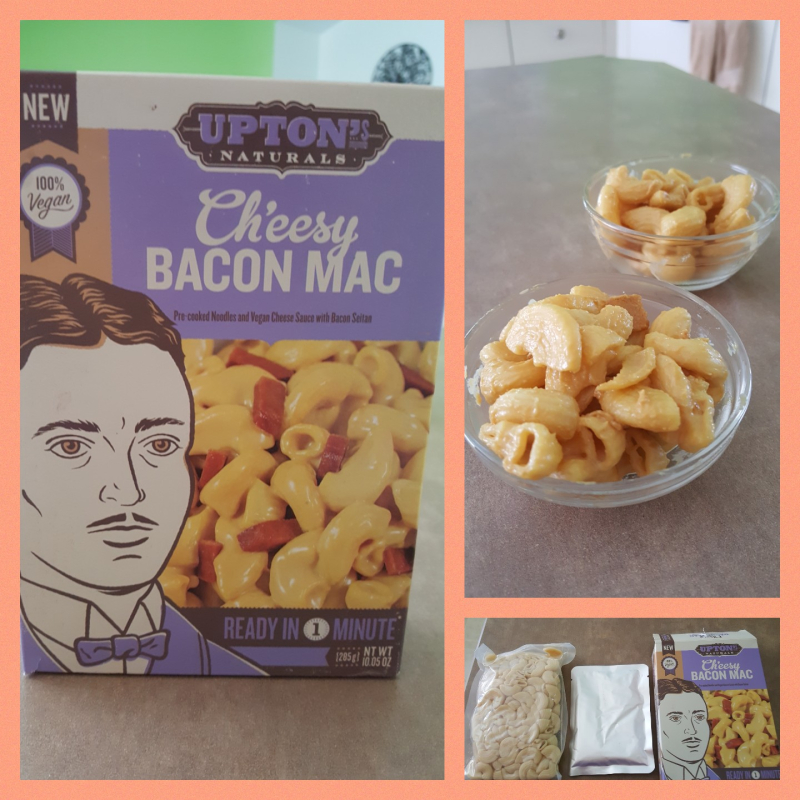 Recently, I was strolling the aisles at Whole Foods Market when I spotted this boxed vegan mac and cheese I hadn't seen before. It's Upton's Natural Cheese Bacon Mac. I decided to give it a try.

Yesterday the four of us tried it. I made the one box and we all got just a little bit, so that we could check it out. I've tasted numerous boxed vegan mac and cheese brands that are not all that great, so I didn't want to buy multiple boxes on this new one. I figured we'd try one box to see if we liked it.

I was really surprised when I opened the box and saw that it contained two packages, one that was pre-cooked pasta and one that was the vegan cheese sauce packet. I was intrigued! I read the directions over to see how to cook it. It was super easy to cook. You basically just put the pasta and sauce into a pain, stir it up, and heat it through. Simple and done in minutes. I dished it up for all to try.

If you don't live where you can purchase this in a store, you can find it online at Amazon.