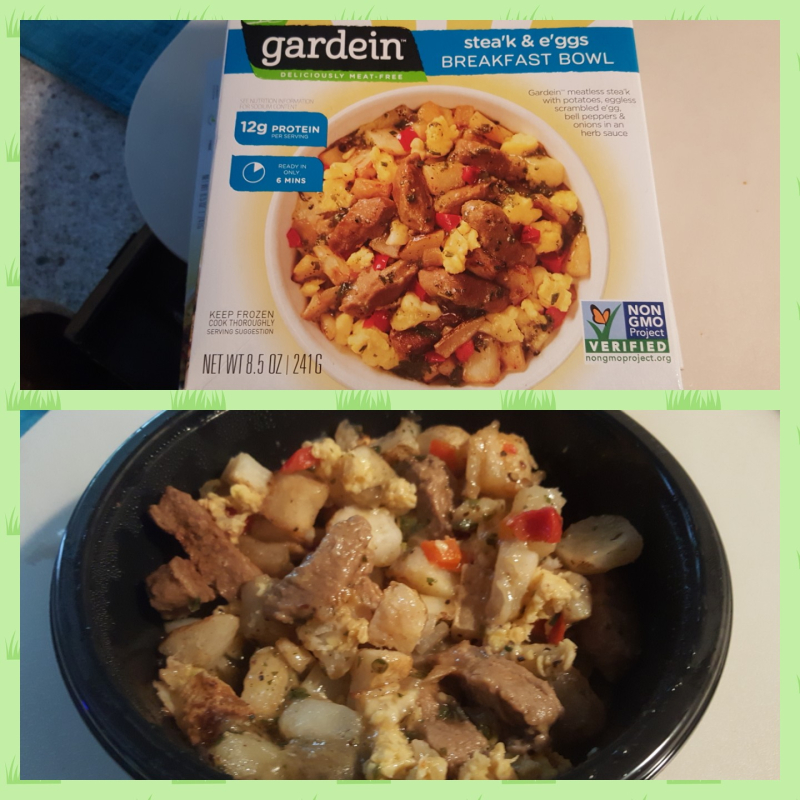 Recently, I spotted a new gardein item, which was the stea'k and e'ggs breakfast bowl. It looked and sounded good, so I bought three of them to take on our camping trip this week. I could easily heat them up in the RV microwave, and I looked forward to trying them. I like most gardein products I've tried and buy some of them regularly now, such as their beefless tips, veggie burgers, and mandarin chick'n. However, I have tried a couple of their products that I didn't like (such as their pizza pockets).

I bought three of these, one for myself, one for my husband, and one for my vegan teen daughter. My husband and I had ours first. Neither of us liked it. In fact, we both thought it was terrible. It's very slimy, yes slimy, and just loaded with pepper. We didn't like it at all. The next day I offered the third one to my daughter, but she didn't even want to try it since we said we didn't like it. I didn't want to waste it, so I heated it up and split it on two dishes between my husband and I. He forced it down, but I just couldn't. It's that bad! The slimy texture is just horrible, and there taste just doesn't cut it.

Two thumbs down for the gardein breakfast bowls. It looks good, but looks are deceiving. We didn't like it at all, unfortunately.