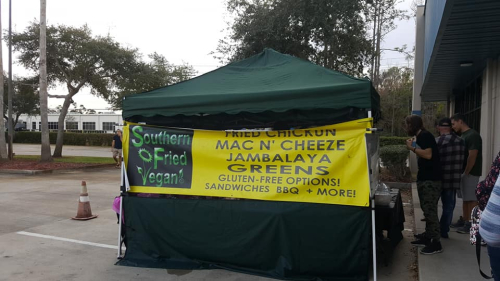 Today, I saw that Southern Fried Vegan would be setting up a tent to sell their food at the Daytona Beach Brewing Company. The menu they mentioned sounded good, so we decided to give it a try.

I had no idea how much the food costs until after we had waited in line for at least 15 minutes. I was a bit shocked to see that it was $20 per plate. They did offer some cheaper options, such as a burger and tacos, but what brought me in was seeing online that they would be serving up vegan chickun, BBQ, and mac and cheese. Those were the things I really wanted to try. I don't eat a lot and I could see from the people ahead of us that the $20 plate had a lot of food on it. There was just me, my husband, and my daughter there, so we decided two order to plates and share it. I took a some from each of their plates to create a smaller plate of food for myself.

Between getting two plates of food we tried the mac and cheese, jambalaya, cole slaw, southern greens, BBQ beef, BBQ beans, fried chickun, corn, and cajun shrimp. The two plates of food was enough for the three of us to share. I was glad to see that Southern Fried Vegan also used compostable plates. Yay!

I was really excited to try the food at this place. Some of it was really good (the BBQ beef and chickun) and some was just okay. I like my own vegan mac and cheese and coleslaw better than theirs, in all honesty. My husband and daughter felt the same way. They liked some things and thought others were just okay.

Overall, I was a bit disappointed in the food. It was too expensive, especially when some of the items were just okay. I'm still glad that we tried it and I would recommend that others do as well. I like to support things like this and I also like to try what vegan places have to offer. I appreciate what they are doing there. I would have liked to see a small plate option for a more affordable price (not everyone wants a big plate of food!). Plus, my favorite thing out of the two plates was the fried chickun, and the amount that we got was so small that it was just a few bites. It would have been nice to get more of that.

Southern Fried Vegan appears to be offering pop up events around the country. When they come in your area, check it out and see what you think! 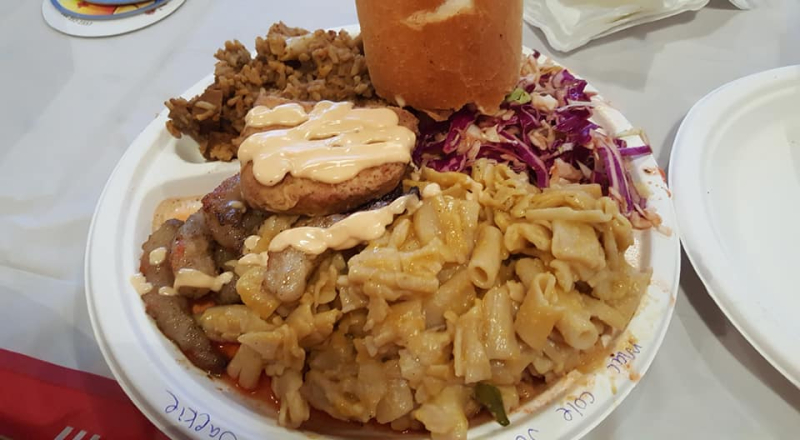 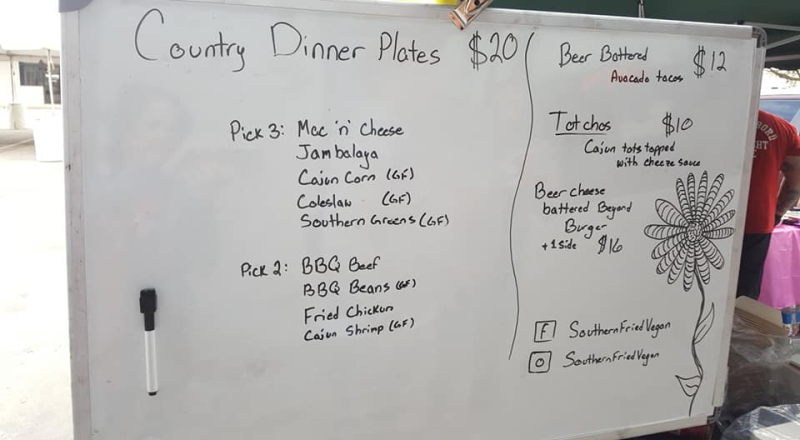 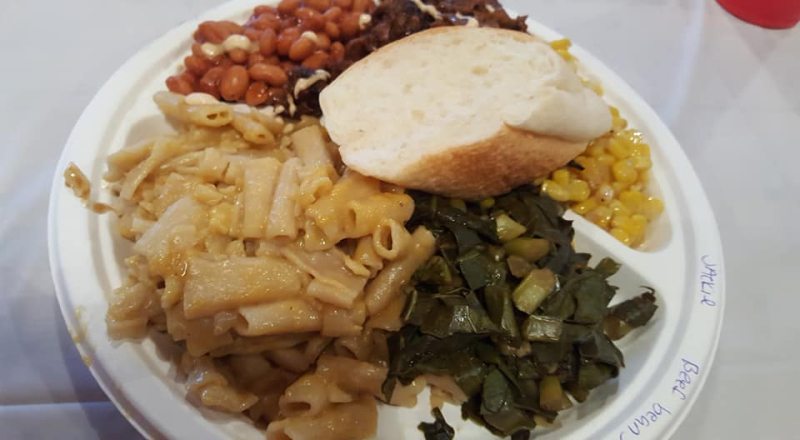