Beyond Meat Beyond Sausage Review 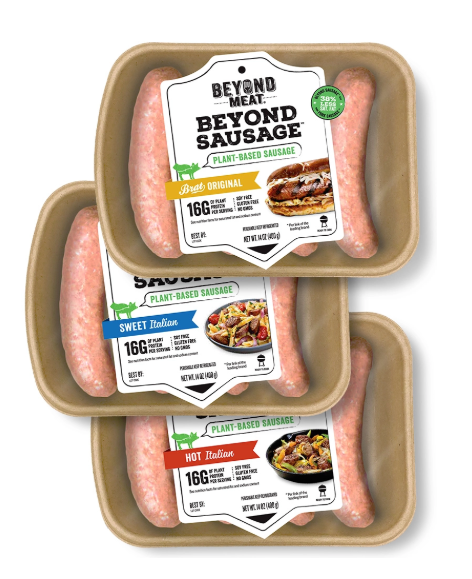 Yesterday, my husband and I stopped at Whole Foods Market while we were in Orlando (after having lunch at our favorite Florida restaurant, Ethos Vegan Kitchen). We saw that Whole Foods Market had the Beyond Meat Beyond Sausages. So we decided to buy some to give them a try. They come in three flavors. We opted for the original brats. Each one offers 16 grams of plant based protein (pea protein is the base).

They are a bit pricey, around $2 per vegan sausage, but I saw that there was also an instant rebate for them on the Ibotta app. So we splurged and bought a pack. You could get them frozen or not, and I opted for frozen. That way they last longer and we don't have to eat all four of them within the next few days (the non-frozen ones had an expiration date on them). Today, we tried one of the Beyond Sausages for lunch.

They smelled good when cooking them up and they didn't gross me out like cooking the Beyond Burgers did. My husband had his on a bun (pictured), while I had mine sans bun. I just cut mine up, dipped it into ketchup and ate it with raw onion. They were really good!

Most vegan sausages that I have tried are very dense. I don't like dense vegan sausages. They tend to feel very heavy and hard to eat. But these were different and I could tell that from the first bite. They were not dense, they were softer and tasted great. We both really liked them.

Being that they are on the pricey side and we don't eat things like this on a weekly basis, it's not something I will buy regularly. However, they were really good, so we will buy them from time to time as a bit of a treat. Next time we'll try grilling them, or maybe cutting them up to saute with some sauerkraut. Two thumbs up for the Beyond Meat Beyond Sausages! They are honestly the best tasting vegan sausage we've had yet. 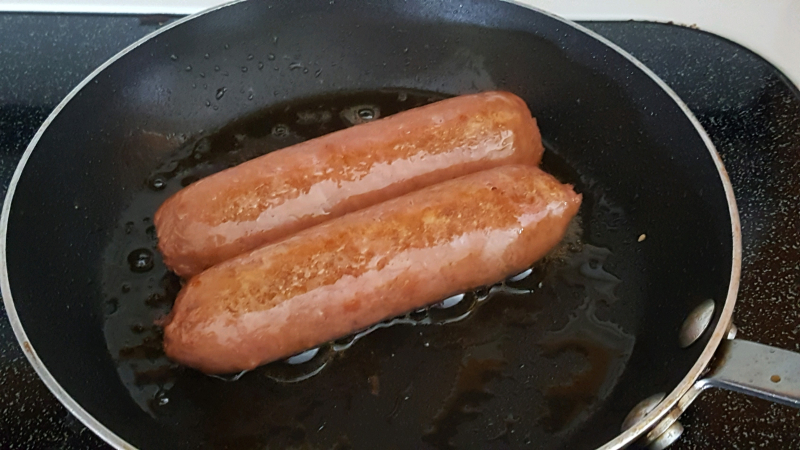 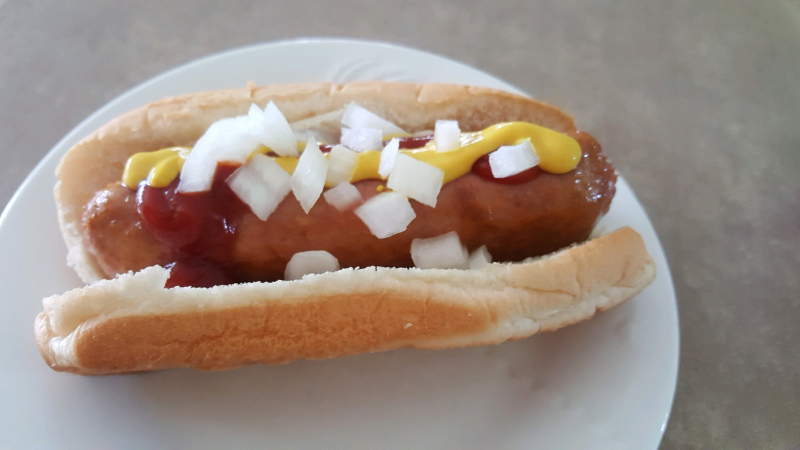