We were invited back to MidiCi Neapolitan Pizza in Daytona Beach so that I could try the pizza again, this time light on the garlic. I ordered the same vegan pizza, just light on the garlic. It was good! I added vegan cheese, vegan veggie sausage, mushrooms, and onions. I would go back and order it again. I was glad that I had the opportunity to try it again. I don't know if the first time I went it was a fluke that it had so much garlic or not, but in the future I'll be sure to just ask for it to be light on the garlic. The other two bloggers I was with both had pizza as well (one had the margherita pizza and one had the gluten free one, both of them liked it. We also had great customer service this time around. Two thumbs up this time around for MidiCi! 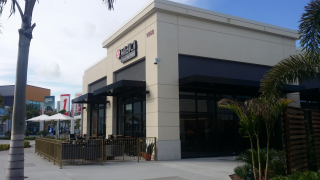 I've been wanting to try MidiCi Neapolitan Pizza at One Daytona for a while. Ever since someone mentioned to me that they offer vegan pizza I wanted to go try it. Last night, I met up with friends and was finally getting my chance at trying the pizza.

My pizza arrived and it looked good. It looked better than it tasted, unfortunately. The  menu said that there was garlic on the pizza, but there was such an abundance of garlic that it was the only thing I could taste. It was overkill on the garlic and it choked out any other flavors. And I like garlic! But there were slices of garlic covering the pizza and it honestly tasted like a garlic pizza, it was just way too much. I brought leftover slices home to my husband and kids, who proceeded to say the same thing. It only had a very strong garlic taste. The other ladies seemed to like their pizzas and the one with the salad said "it's not bad."

I "think" they use Daiya vegan cheese, which is not the best option. However, I couldn't even taste it anyway, because of the garlic dominating the pizza. I didn't have a problem with the vegan cheese or the vegan sausage, just with the overkill on the garlic.

I was also not a fan of how the waiter immediately started bashing vegan food when I placed my order. Upon ordering vegan he started telling me how he has tried vegan food and hates it, which he continued to say when he came back to ask me if I liked the vegan sausage. I had to try a bite separately, because I couldn't taste it on the pizza. How can anyone put a blanket statement out there that they hate vegan food? Most of the pizza is made up of vegan food (i.e., the crust, sauce, veggie toppings, etc.). But I don't think a waiter should be immediately throwing out how he hates vegan food when you order. If I had ordered a Greek salad, would he immediately start telling me that he hates Greek salads? I think not...

I liked the atmosphere at MidiCi Neapolitan Pizza, but was not a fan of the pizza that I tried. I would be willing to go back and try it again, asking for no garlic, since they overdid it this time. 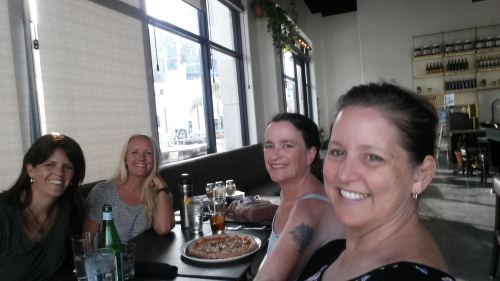 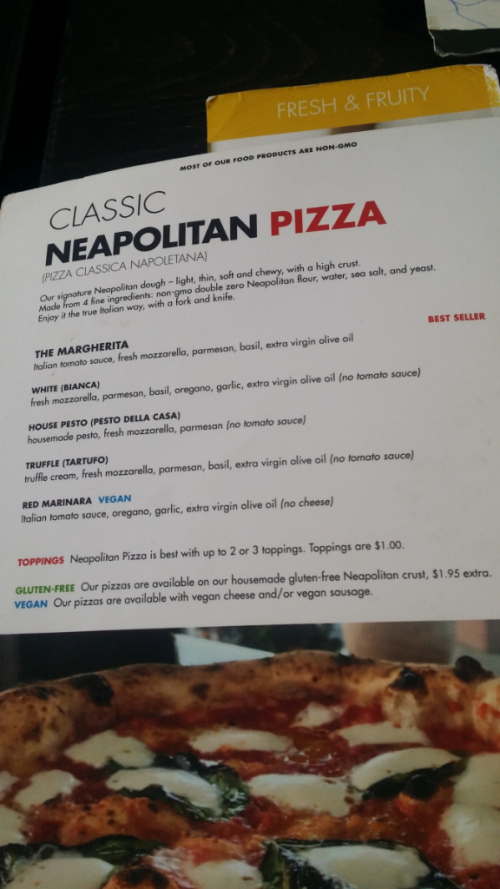 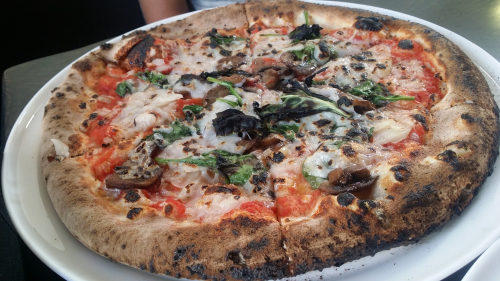 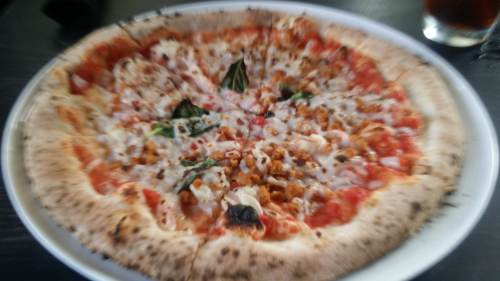 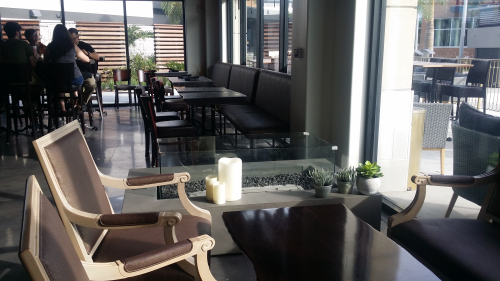 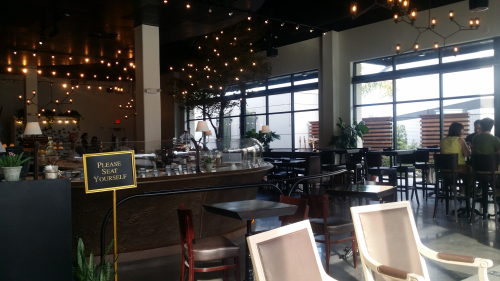 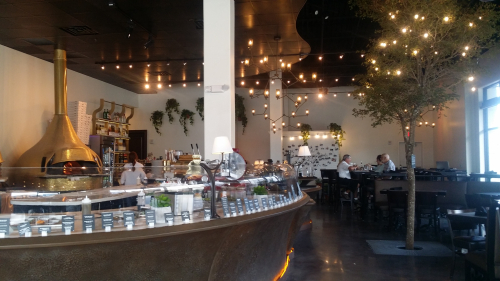 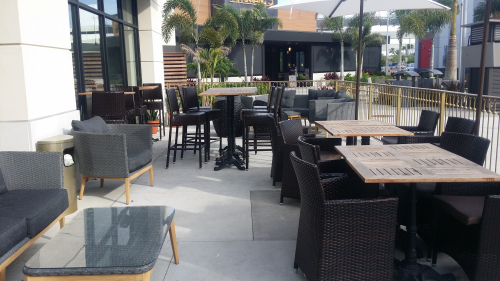