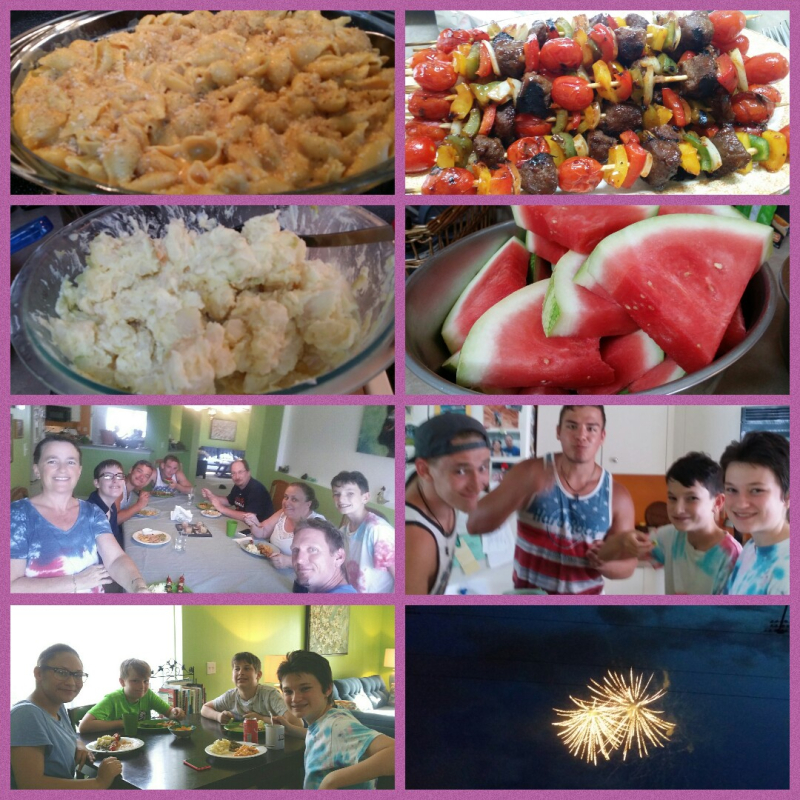 My sister and her family are visiting for the week from out of state. I invited them over for dinner for July 4th, but they are meat eaters and don't eat many vegetables. They tend to have a negative opinion of "vegan" food. This is like many other meat eaters, because it is out of their comfort zone and it's food they are not familiar with. Hearing the word vegan can be a bit scary for some meat eaters, because it's so far removed from what they think they are used to, and because some vegans have given the name a poor image.

Still, they agreed to come to dinner and were open minded enough to try the vegan meal I made for them. I really wanted to get Beyond Burgers to make, because my sister mentioned that my brother-in-law said he'd be willing to try one. However, it being a holiday weekend, the company cannot keep up with the demand and they were nowhere to be found. So I went into action trying to think of a menu that they and the kids would enjoy. There were two teen boys (age 17), a 15-year old, a 12-year old, and a 10-year old.

Here's what I came up with:

I also have one nephew who is hooked on chicken strips and ranch. So I made him some Gardein chick strips with vegan ranch. He said it was great and ate every bit of it!

They were all hesitant while preparing their plates, just taking a very small amount of things, because they didn't know if they would like it. We sit down to eat and low and behold everyone likes the food! Some went back two and three times to get more. My brother-in-law said it was "surprisingly good" and one of the teens told me that everything was delicious. Yay! I hit a home run! My sister said the mac and cheese and potato salad taste just like non-vegan that she's used to. My teen nephew said the mac and cheese tasted just like Velveeta.

I chose these dishes because they are all foods people are familiar with. They are just the vegan version of them, so they were  not too far away from what they are used to. Had I chose something like a lentil loaf or tofu cutlets it would be far out of their comfort zone and they would have been even more skeptical to try it. Keeping the food familiar makes it easier for people to try it. Plus, I've served up samples of Gardein beefless tips to literally thousands of people at outreach events and I've never come across someone who didn't like them. So they are a safe bet to serve to meat eaters. I tried searching online for ideas for feeding meat eaters vegan. The ideas I found were not good. They are too far out of their comfort zone for a first introduction.

This was a big deal, because I know how apprehensive they are about eating a vegan meal, and how they have this image that vegan food is not good. But they left my house with a little better image of vegan food. That's what I love. Leading by example, I made a vegan meal for company and helped improve the image of vegan eating. It all turned out great!

I enjoy all of your good articles... thank you! I enjoyed too reading how in one 4th of July meal you brought great cruelty-free meals to your nice family members... and to learn of their responses was wonderful!

Thanks for all the great work you are doing to help inspire others.

Thank you for the feedback, Carol. I really appreciate it! ;)