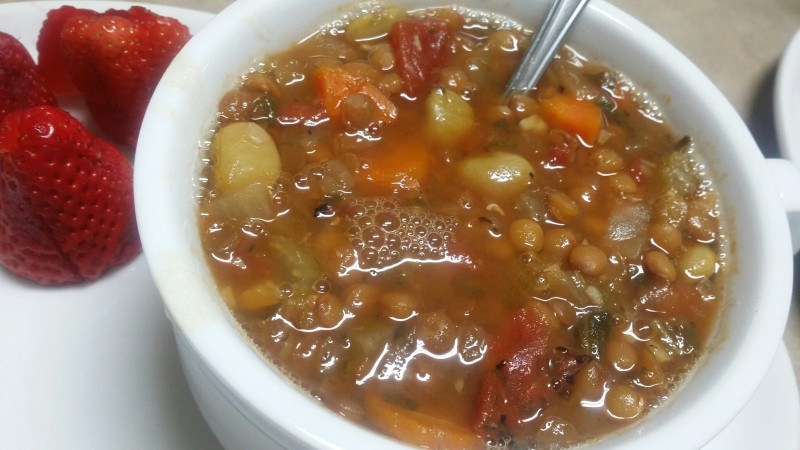 I love crockpot (slow cooker) recipes! I also love making soup one night per week for dinner. Last night, I chose to make the vegetable lentil soup from the cookbook called Fresh from the Vegan Slow Cooker

by Robin Robertson (one of my favorite cookbook authors). This was a great recipe! Not only was it easy, not requiring any stove top cooking of any of the ingredients before putting them into the crockpot, but it also tasted good. It just called for chopping up the veggies, putting everything into the crockpot, and letting it cook. Simple! The ingredients included carrots, celery, lima beans, lentils, fire roasted tomatoes, and spinach, among a few other things. Delicious! With lentils in it the soup was very filling as well as healthy. Two thumbs up!