What vegan foods does Aldi have? A lot! 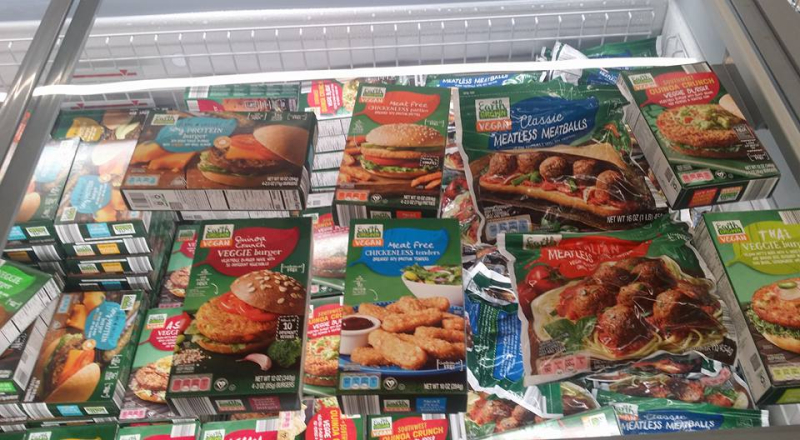 I recently read in the news that Aldi is going to have a line of vegan foods at their stores. There have been a few Aldi locations open up around me, but I've only stopped in once before. After reading that news I decided to do my grocery shopping there today to check it out. Turns out, they are a very vegan friendly store and the prices are good!

I bought several of the vegan products pictured above. Tonight we tried the vegan chickenless patty. It was good. Everyone liked it! I am looking forward to trying the other products we bought, too. In addition to this vegan line at Aldi that includes veggie burgers, chickenless patties, chickenless strips, veggie meatballs, and more, they have other products, too. They carry organic soy and almond milk, organic produce that is cheaper than other stores, trail mix that comes in large bags and is cheaper, organic canned beans for only 89 cents per can, and more. I was able to get everything on my grocery list except for broccoli. They didn't have any broccoli, oddly enough.

Two thumbs up for Aldi's vegan food selection. I love how many vegan products they have and I look forward to trying them all out! It's nice to see so many places carrying vegan food options like this and some places like this that are making vegan foods even more affordable.