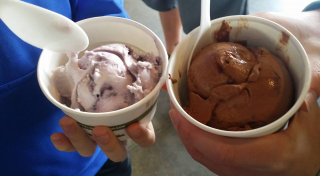 Living only two hours form Gainesville, we go there for the day a couple of times per year. Sometimes it's for Gators football games, other times it's for hiking or camping in the area. We always enjoy making a stop off at the Raggae Shack and Karma Cream for some good vegan eating in Gainesville!

At the Raggae Shack, they have a lot of vegan options, including seitan, tofu, and more. Some of the dishes are spicy and some are served as sandwiches. Their entree plates come with peas and rice (beans and rice), steamed cabbage, and plantains. This trip I had the vegan steak and my husband had the brown stew tofu. Both dishes were great! The kids both like to eat their peas and rice.

Once we are done there, we like to walk right next door to Karma Cream. We love Karma Cream! While the treat shop is not completely vegan, it is mostly vegan. All their sandwiches are vegan, all their pastries are vegan, and they offer a great selection of vegan ice cream. With the ice cream you can order it by the scoop or you can get a shake or sundae. Since it was my birthday weekend we were there for, we bought some vegan black forest cupcakes and a brownie, which were going to be eaten later for dessert. At the moment, however, both kids got as scoop of the vegan ice cream, and I ordered a mint galactica (like mint chip) milkshake. You can have it made with almond milk, oat milk, or soy milk. The shake was SO darn good! The pastries were also amazing!

If you are in Gainesville and want to get some great vegan food, stop by and check out the Raggae Shack and Karma Cream. You won't be disappointed! 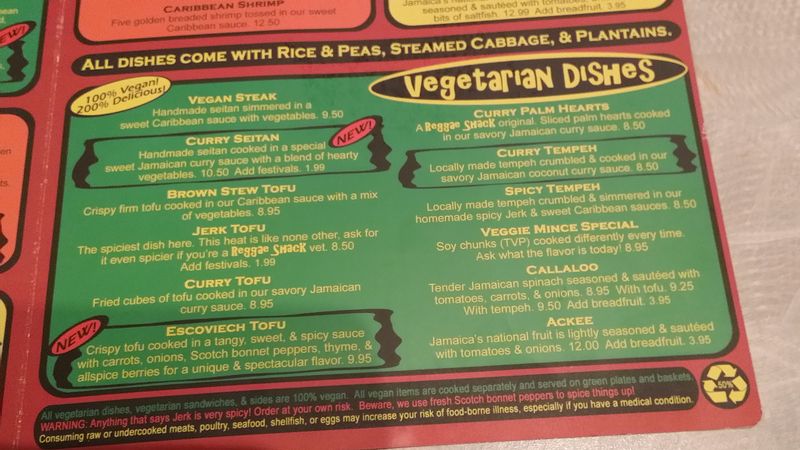 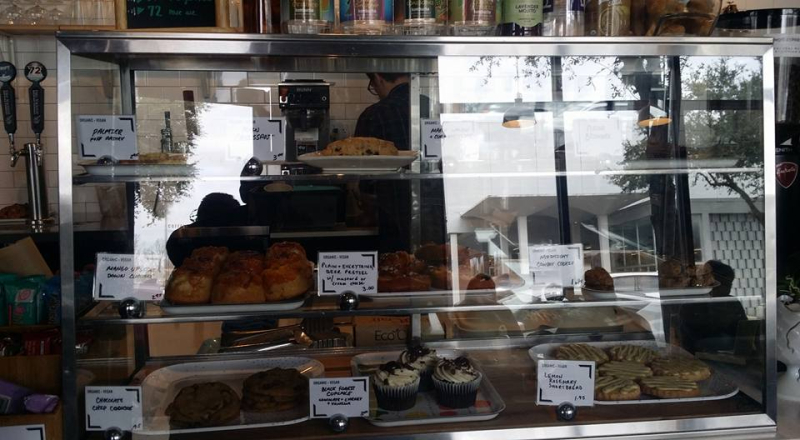 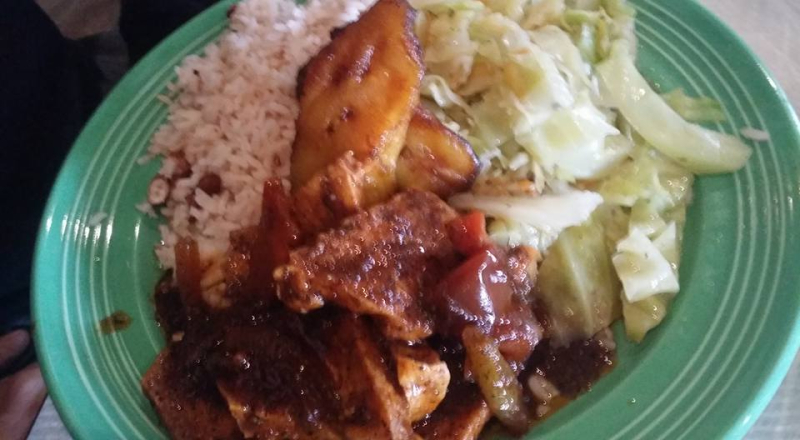 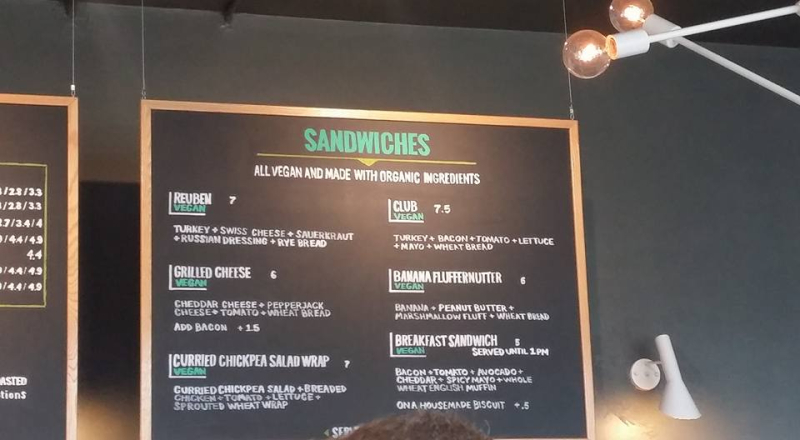 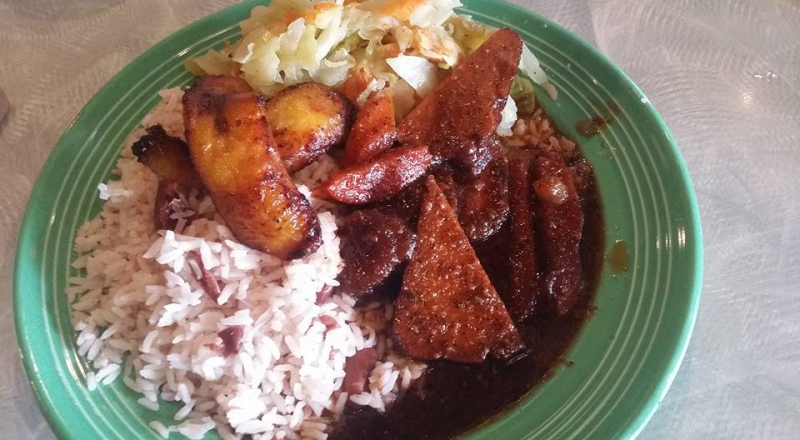 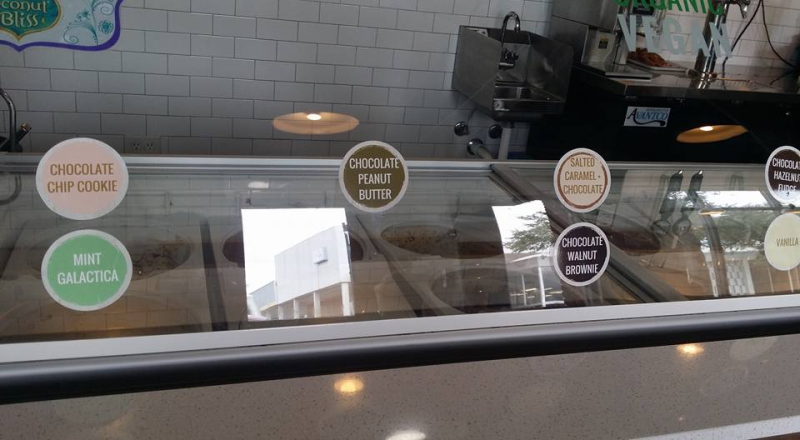 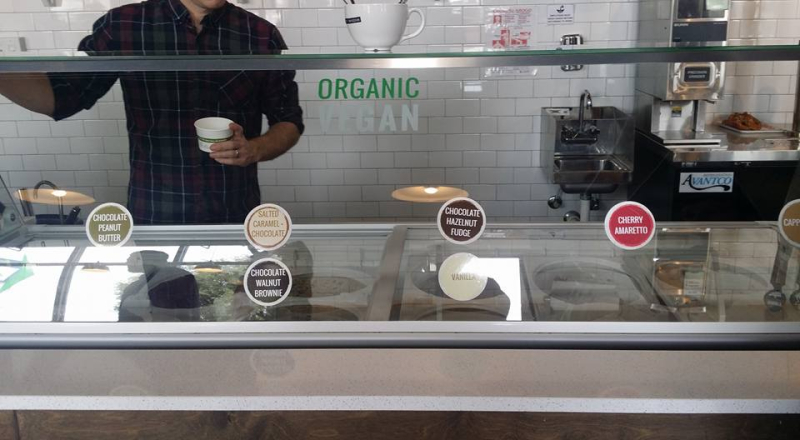 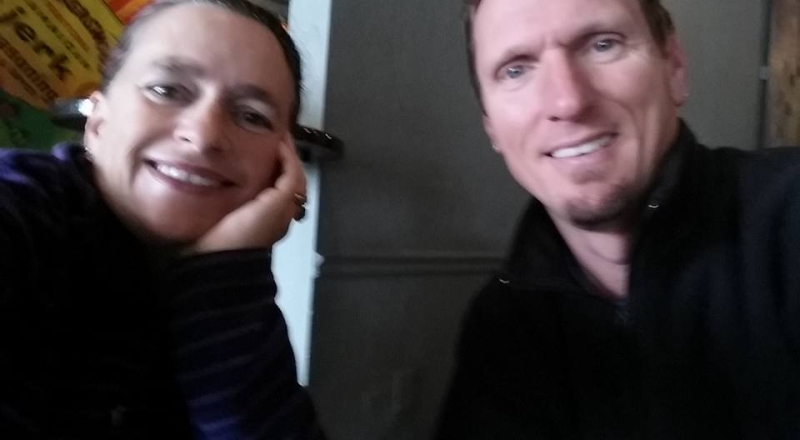 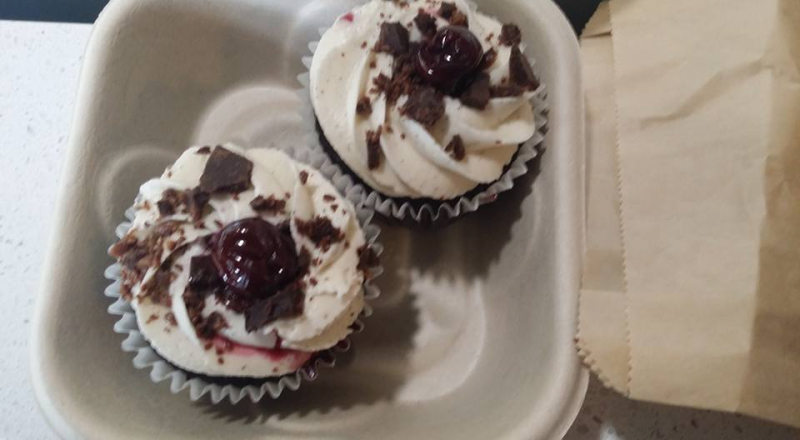