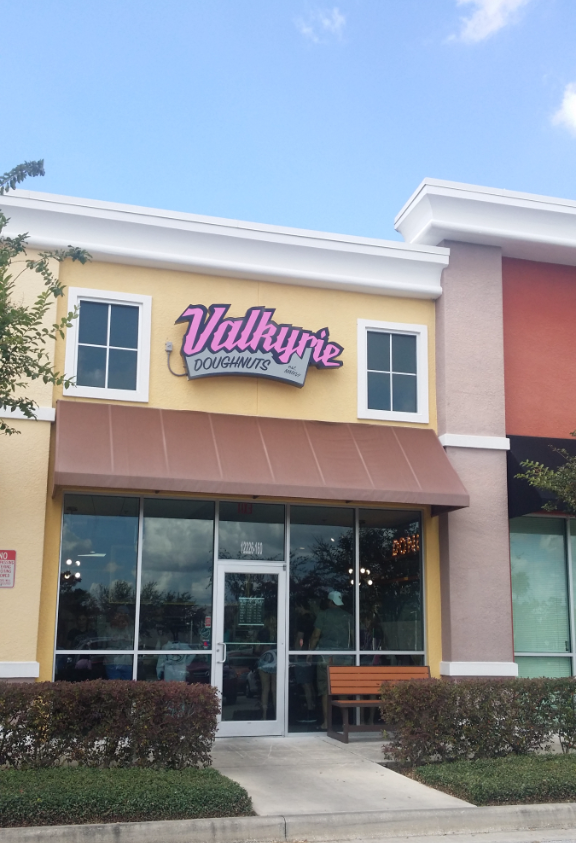 My son had a soccer game in the Orlando area today, which put me just a few minutes away fro Valkyrie Doughnuts. They are a vegan doughnut shop located on Corporate Blvd in Orlando. I had heard about the place and wanted to try them out. Last weekend at VegFest in Orlando they were there, and they were selling their doughnuts like crazy! But I was too busy eating a bunch other foods. Today, I wasn't going to be that close to the place and not stop in for some doughnuts!

They have a nice little bakery with several kinds of vegan doughnuts to choose from. You can get full size doughnuts or small nugs, which are like doughnut holes. The doughnuts are $3 each, or you can save some money by getting half a dozen or a dozen. We opted for half a dozen, which was $15.

There are four of us, so we picked out several kind, including a chocolate glazed, regular glazed, cranberry, pumpkin spiced, and cookies and scream. Their vegan doughnuts are actually quite large! You could get one and share it with someone. They are that big!

The doughnuts were very good. They were not overly sweet as doughnuts can tend to be, which I really liked. They were soft, tasty, and everyone in the family liked them.

Two thumbs up for Valkyrie Doughnuts! They had a steady stream of customers while we were there and I hope that continues. They have a good product and the demand is there for vegan food, so they should do well. If you are in the Orlando area, stop by Valkyrie Doughnuts for some vegan doughnuts or desserts! 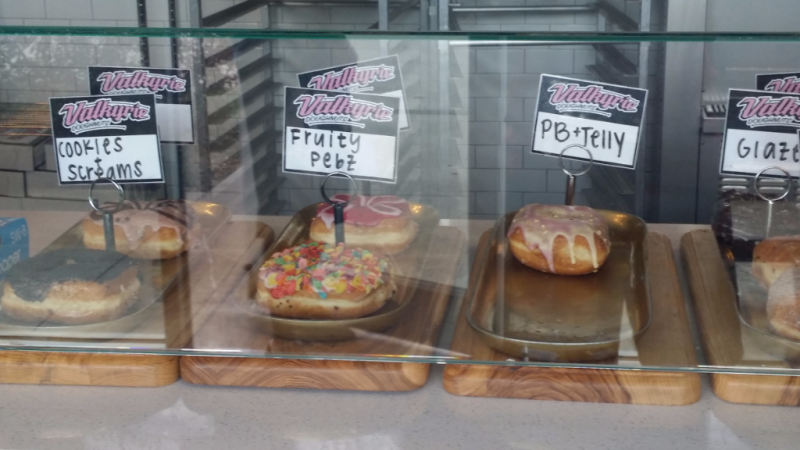 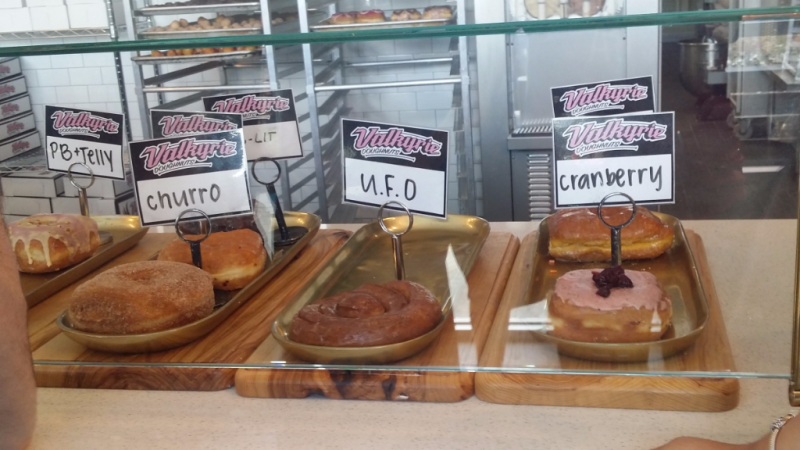 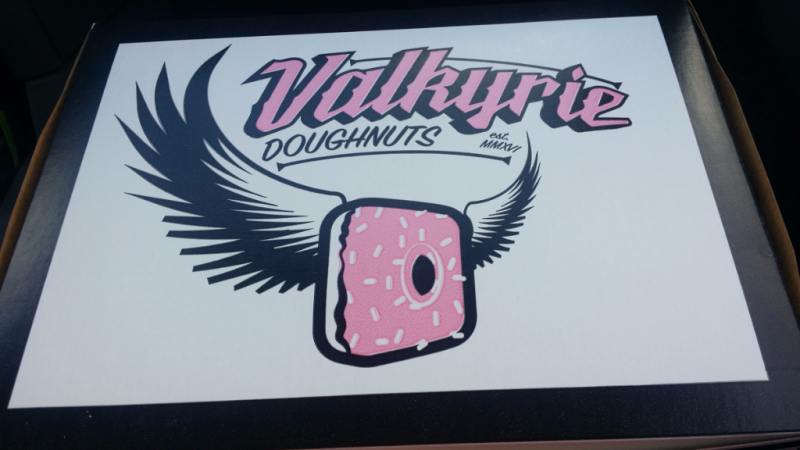 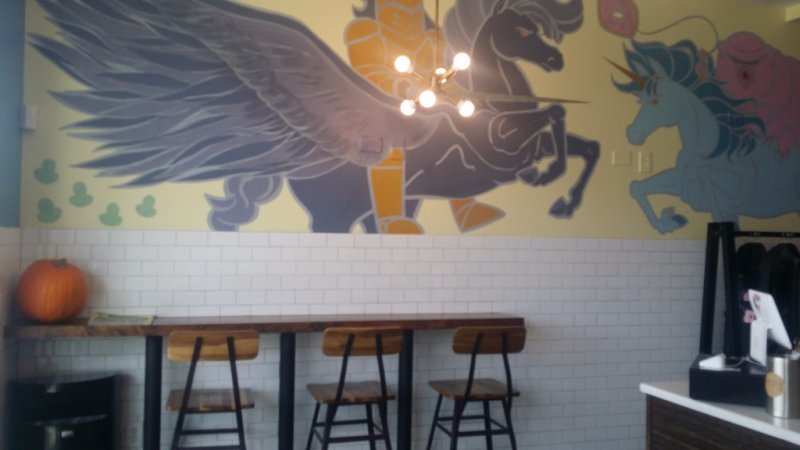 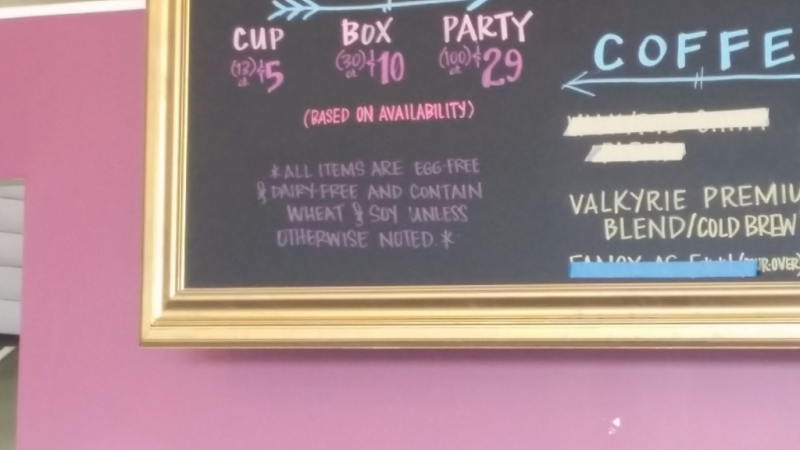 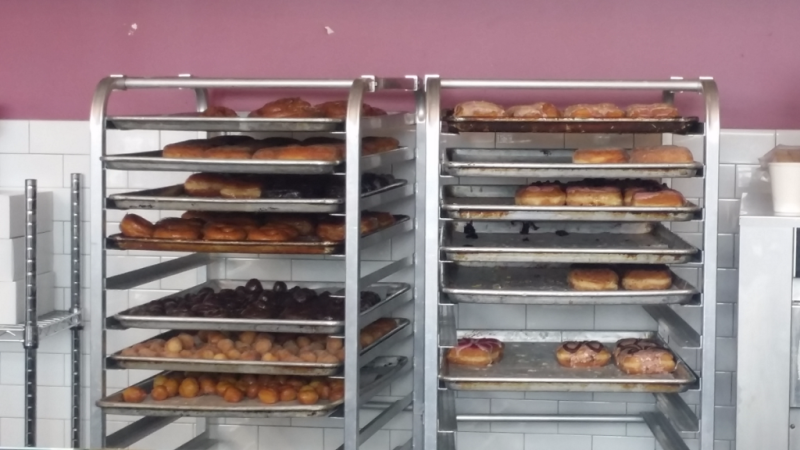