Tofurky ham roast review - another vegan Thanksgiving in the books! 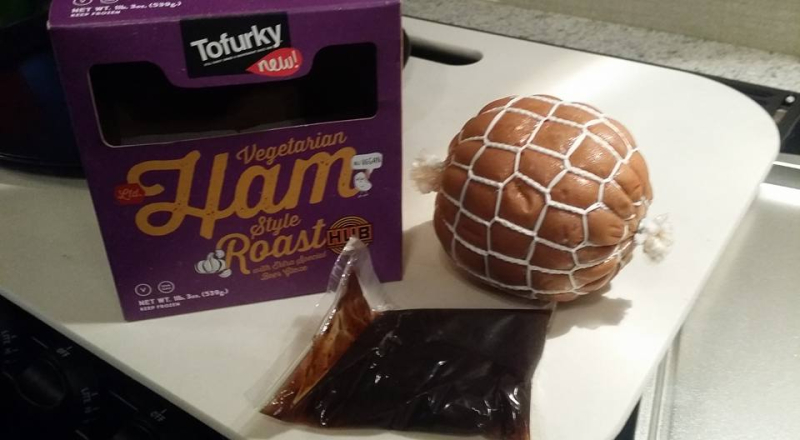 This year, Tofurky has had major production problems that have been ongoing for months now. As such, the Tofurky roast was nowhere to be found in my area. This was to be the first time in 18 years that we were not going to have the Tofurky roast for our Thanksgiving dinner. I began looking at what other options there were, and today there are several, for which I'm thankful. Low and behold, when I went out to get the gardein turk'y cutlets (which I did also buy, I know we like them and we'll eat them next week), I found the new Tofurky vegetarian ham roast at the local health food store. We decided to try it for our Thanksgiving dinner! The Tofurky ham is vegan, as are all Tofurky products.

We made our holiday meal in our travel trailer, because we were camping. The kitchen may be smaller, but it turned out great. Before I was ever a vegetarian, I never liked ham. Ever. So I was a little skeptical going into this roast. Yet I was interested in trying it out. We cooked it up and and dished it up, alongside some of our other Thanksgiving favorites. Personally, I'm not a fan of the vegetarian ham. I didn't care for it. I don't know if it was because it tasted like ham, because honestly I don't remember what ham tasted like. Or perhaps it was just that it was called ham, so it messed with my mind. Either way, I wasn't a fan. However, my husband and both kids loved it! They thought it was great and went back for seconds and thirds.

I'm sure there will be times when I make the Tofurky vegan ham again for my family. Although I'm not a fan, they loved it, so I will make it for them. I'll just keep something else on hand for myself.

Fingers crossed that Tofurky's production problems are gone by next year's Thanksgiving, so we can back to our tradition of having one of their delicious Tofurky roasts for our holiday dinner! 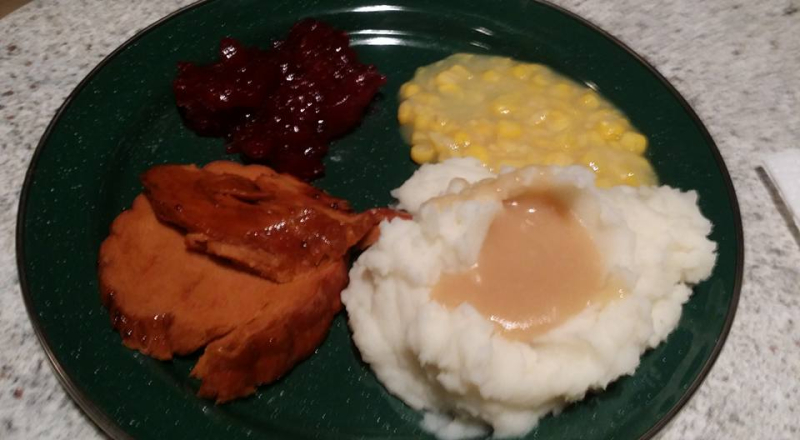 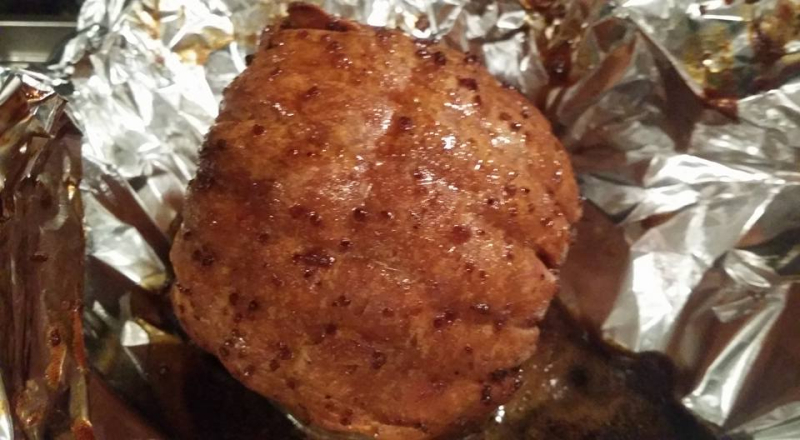