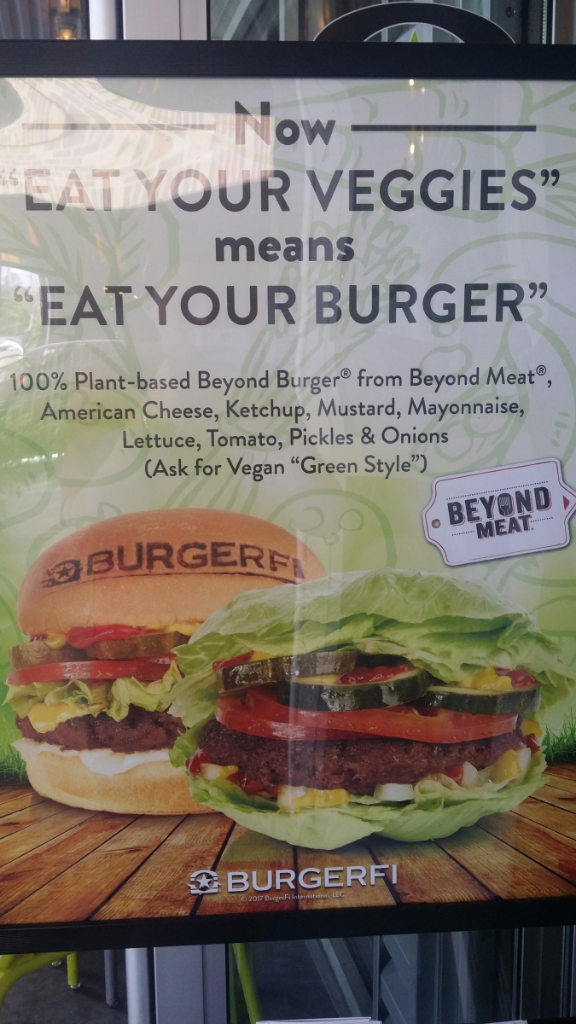 Today, we were in the Orlando area for my son's soccer game. While we were there we stopped off at BurgerFi, because I wanted to try the new Beyond Beef vegan burger. I was excited that they have these in, and when I walked in it was great to see the Beyond Beef burger being promoted so much. There was a little sign about it on every table and there were a few larger signs on the walls. Awesome!

I ordered a vegan Beyond Beef without any mayo or cheese. The veggie burger was around $9.50 for just the burger, no fries with it. That's a bit steep for a just a burger, but it may compare to the price of their other burgers. I don't know and didn't think to check it out. Within about five minutes it was ready! While waiting, I asked the woman working there if they have sold many of these burgers. She said they are very popular and they have been selling a lot of them. Great!

The Beyond Beef vegan burger has a pinkish look to it, resembling a pinkish beef burger. I thought it tasted good, but honestly I was a bit weirded out by how much it looked like and reminded me of beef. Because of that, I don't think it's a burger I'd eat much. My daughter really liked it a lot, and my husband liked it, but was also a bit weirded out by it being so much like meat. It didn't weird my daughter out because she's been vegetarian her whole life, so she doesn't have a beef burger experience to compare it to or to be reminded of.

The pink coloring on the burger comes from beets, by the way. Not blood, so that's a good thing, too.

I realize that I'm not really Beyond Beef's target market. The company's target market is meat eaters, which is pretty darn cool. If you buy these vegan burgers in the store they are located in the meat section. That's a section I purposely avoid, because it disgusts me (the smell and appearance), so again I see they are not targeting me. They want to appeal to meat eaters, and I think they have created a good tasting product that will appeal to meat eaters.

I give the Beyond Beef vegan burger two thumbs way up, because I appreciate what the company is doing here. The burger tastes good, even if I do think it looks and reminds me of meat more than I care for, but every time a meat eater orders one of these (or chooses them in the meat department) it's a really good thing. 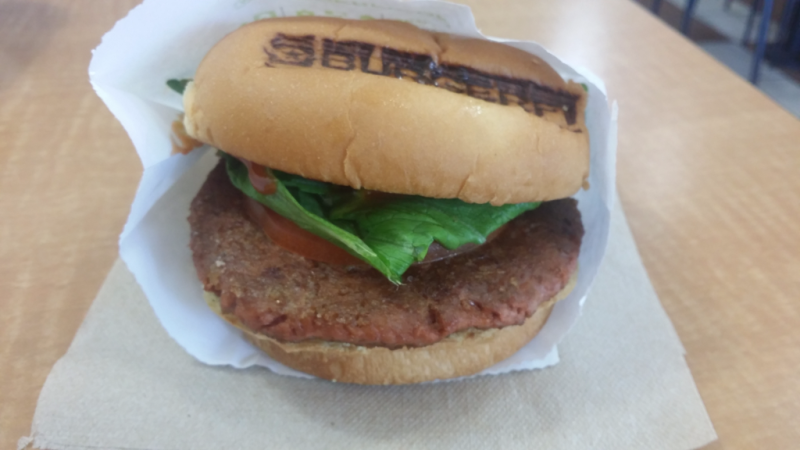 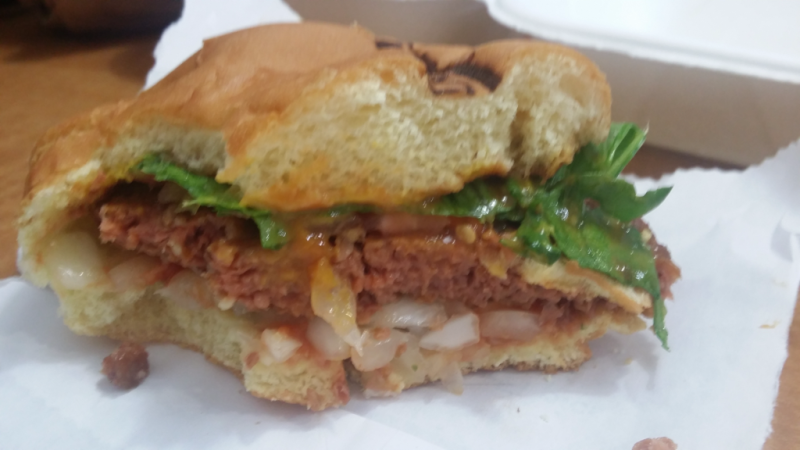