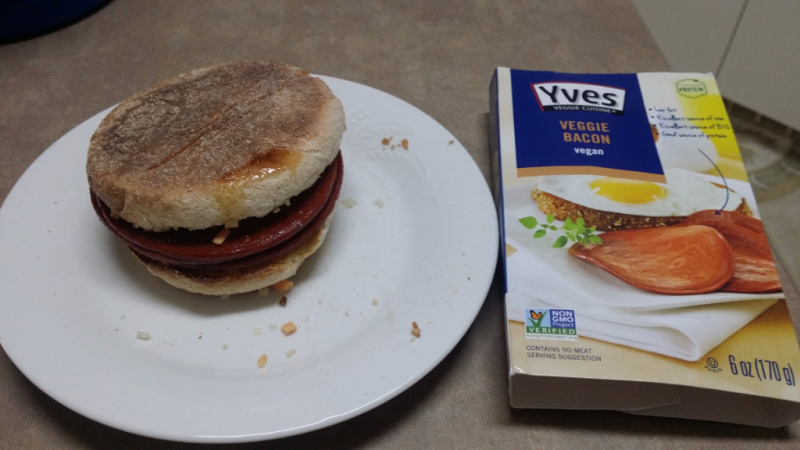 A vegan breakfast that I love to have once in a while. Take Yves's Veggie Bacon (which is like vegan Canadian bacon), fry it up in a pan, and put it on a toasted English muffin. I top the English muffin with a little vegan butter, jam, and vegan cheese (used Follow Your Heart shreds here). Delicious!

I really like the Yve's Veggie Bacon and this is a great way to have it. I don't eat these often, but once a month it's a nice breakfast treat. I wish I could find it more stores around my house, but then I'd probably eat them too often!

Another option that I like is to use a good veggie breakfast sausage patty instead of the veggie bacon. Good vegan breakfast sandwiches! 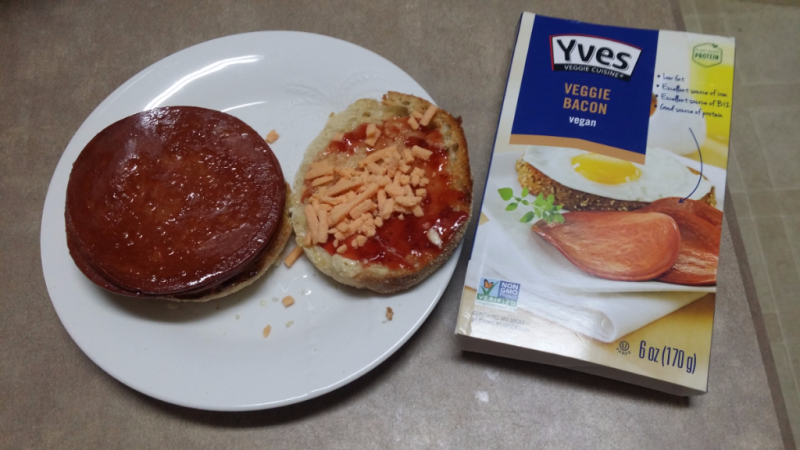