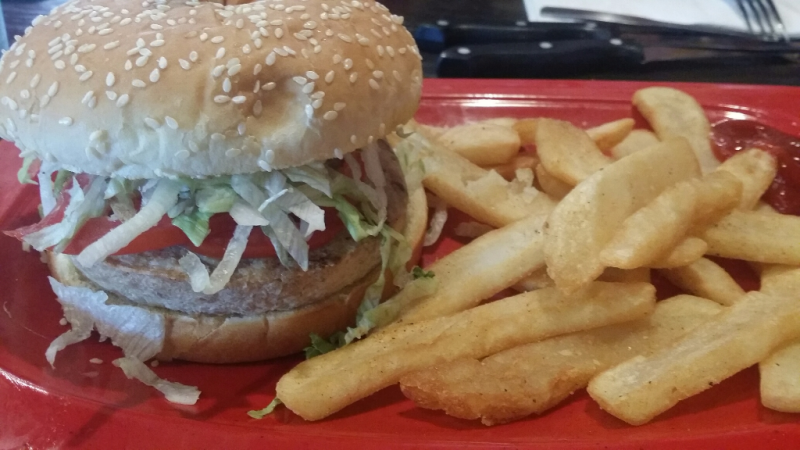 Red Robin offers two veggie burgers on their menu. The main one is the garden patty, which is not vegan. But under it on the menu it states you can substitute the patty for a vegan Boca burger patty. We get the vegan patty, opt for the white bun instead of the wheat one, and leave the dijon sauce off (which is not vegan). We end up getting the vegan patty with lettuce, tomato, onion, pickle, ketchup, and mustard. Sometimes my husband tops his with jalepenos, too. They serve it up with their bottomless (free refills) fries, which are also vegan.

Two thumbs up, we both like the vegan veggie burger at Red Robin. It may not be our favorite veggie burger at a restaurant, but it's good and we like their fries with it, too. It's also a restaurant you can find across the country and where meat eaters and vegetarians can dine together and both be able tog get something they each want. Also, they are one of the few restaurants that has a veggie burger option on the kid's menu.