I'm still on the hunt for a boxed vegan mac and cheese that I can make to put in my kids' lunchboxes. I need one that is quick so I can get their lunch ready in the morning fast, which is why I'm trying to find a vegan one that they like. So far, I haven't been successful in finding one!

You can get a case of it on Amazon:

The Annie's vegan mac and cheese/ shell pasta and creamy sauce, is made with pumpkin and sweet potato. Intriguing! It's organic (the pasta, pumpkin, and sweet potato), and you make it just like other boxed mac and cheese. It's easy to make and offers the before school convenience I have been looking for. It also sells for $2.99 at Whole Foods Market, so there's hope of finding it even cheaper elsewhere, so not bad on the price. The verdict?

I made it today so we could all try it out. Three out of the four of us liked it! My son didn't like it at all. He tried a couple of bites and wouldn't eat the rest of it. My daughter, however, liked it and said she would eat it again. My husband and I both also liked it. I could really taste the sweet potato in it. While it comes out looking like mac and cheese and it resembles tasting like it, it really does taste like pasta with a creamy sweet potato sauce. I liked it and I would buy it again!

I am still on the hunt to find a vegan boxed mac and cheese both kids like that I can use in their lunchbox however, because my son didn't like this. I need one they will both eat. I will still buy this one again though, because the other other of us liked it! 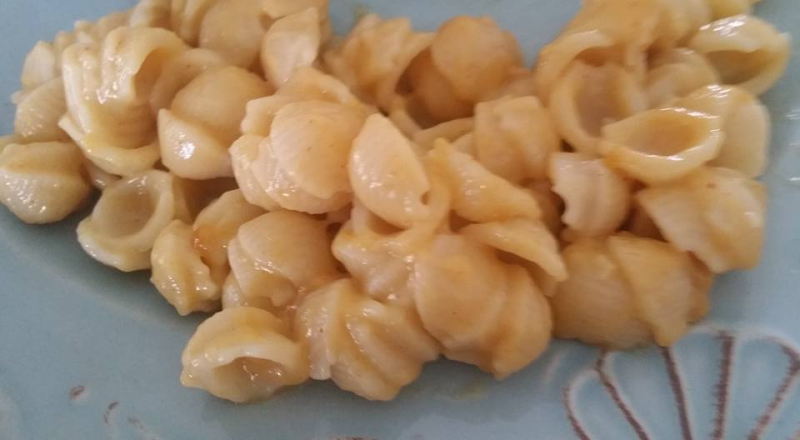