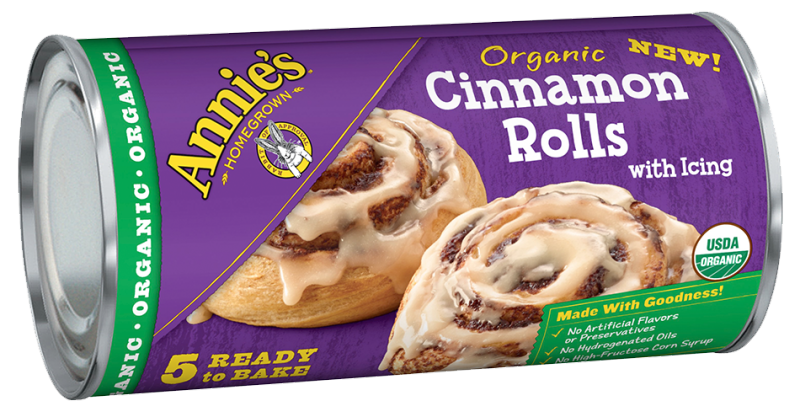 While it's not something you can eat often because it's not healthy, having a nice warm cinnamon roll every once in a while is a nice thing! And Annie's makes it simple to do so. For just five bucks you can get a tube of Annie's Organic Cinnamon Rolls and within 20 minutes they are ready. Can't beat that!

Their organic cinnamon rolls are easy to make and they are delicious! Everyone in the family loved them. They are not too sweet as things like this often are. They are just right. And with only five of the cinnamon rolls in the can you won't be tempted to eat too many of them. We have a family of four, so it worked out just perfectly.

The ingredients list on the Annie's Organic Cinnamon Rolls is vegan, even though it doesn't say it's vegan on the can. My guess is that it's because it was produced in a facility that makes non-vegan items (not something that I worry much about, but if you have allergies you will want to be aware of such things). The ingredients do list palm oil, and I know some people avoid palm oil. However, some palm oil is sustainably sourced, and Annie's reports that theirs is.

Two thumbs up for the Annie's vegan organic cinnamon rolls. Easy, quick to prepare, and delicious! Plus, you can get them right at mainstream grocery stores. 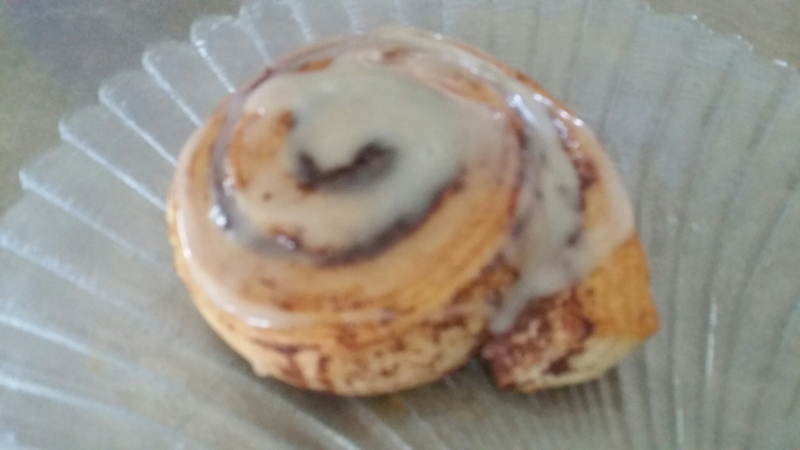