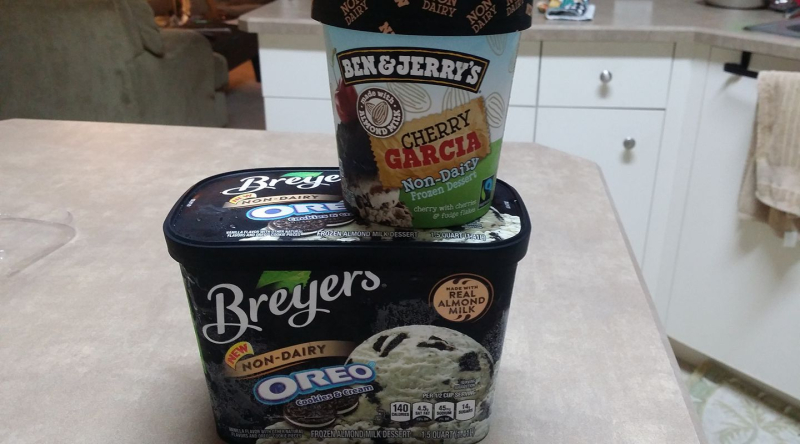 My husband and I have been buying vegan ice cream for 20 years. Recently, big brand names have entered the vegan ice cream market, such as Breyers and Ben & Jerry's. I have to say I'm glad, because they have taken it to a whole new level. So yummy. These two are great!

Plus, these vegan ice creams are not becoming mainstream, as they are available in corner grocery stores, rather than having to go to specialty or health food stores. This is excellent news!

Last week, I was in Gatlinburg on vacation and even the Food City grocery store there has these vegan ice creams available.

Two thumbs up for Ben & Jerry's and Breyers for their new vegan ice creams, which taste great. And now I hear that Häagen-Dazs has some vegan ones, too. Things just keep getting better!