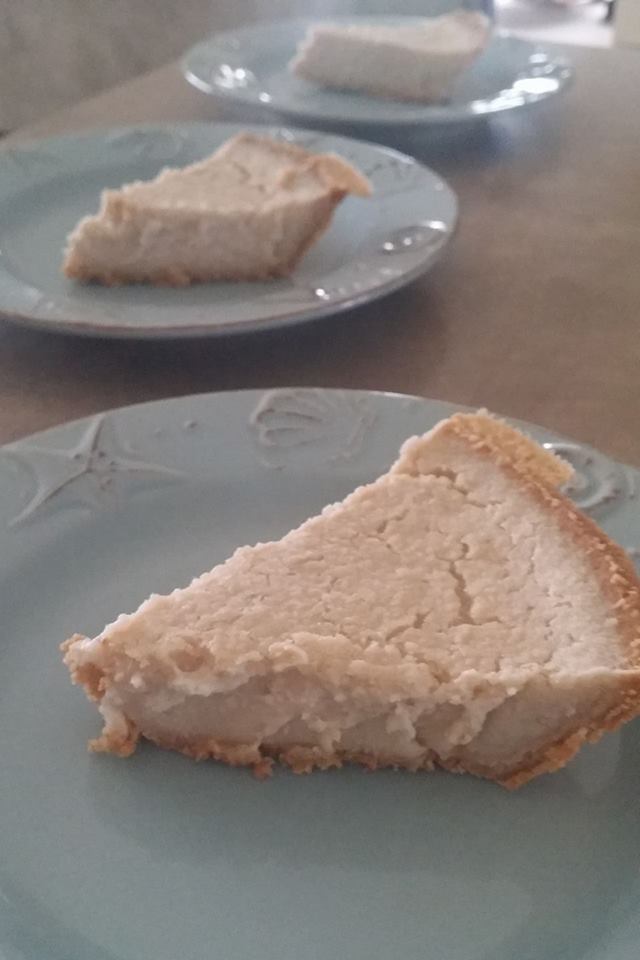 Yesterday, my daughter made a vegan coconut pie recipe. We found a recipe that wasn't vegan, and then we changed it up to make it vegan. The original recipe didn't use a pie crust, because it used eggs in it, which they said would form its own crust upon baking. So, we took the simple route and picked up a vegan pie crust from the store that was already made. You can get graham cracker or shortbread ones for around $2 that are vegan, and because they are already made it makes the recipe even that much easier. Keep in mind, this was a child making this pie, so wanted easy! This pie is not real sweet, which helps keep it healthier and it's not overpowering.

Here's what you need:

Preheat the oven to 350 degrees. Mix all of the ingredients together (except for the pie crust) in a blender until it is smooth. Pour the mix into the pie crust and bake for 45 minutes. Refrigerate and serve cold. Optional, top with fresh fruit, such as berries or pineapple chunks, or some shaved dark chocolate. Delicious!