Vegan Whoopie Pies by The Piping Gourmet - a review 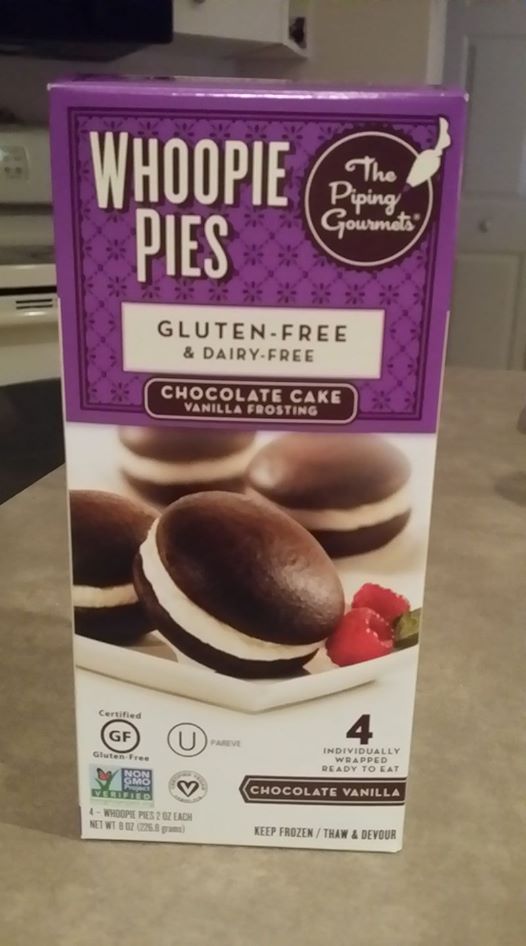 This week, we celebrated our 22nd wedding anniversary. We decided to stop and pick up a treat for the family. The store didn't have what I had in mind, but these vegan Whoopie Pies, made by The Piping Gourmets caught my eye. It was $7.50 for a box of four of them, so we decided to give them a try.

We put them on the counter for about half an hour to thaw, before giving them a try. Yum! The three of us who love chocolate really enjoyed the vegan Whoopie Pie. My son isn't a chocolate lover (I know, crazy, right?!) so he ate half of it and didn't want the rest. He had no problem finding a taker for the other half. These were delicious and we will certainly want to get them again when we are looking for a special treat.

Two thumbs up for the vegan Whoopie Pies. Locally, we bought them at Love Whole Foods in Port Orange, but you can probably find them at places like Whole Foods Market as well.