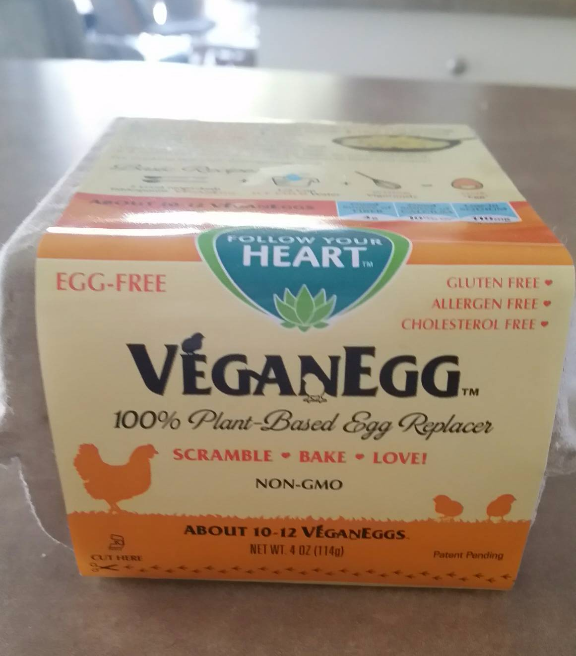 I recently came across the Follow Your Heart VeganEgg

. Surprisingly, they sold it right at the mainstream grocery store I go to (in the baking/spice aisle). It was on sale for a dollar off, so it enticed me to give it a try.

I love the egg carton packaging that it comes in, which is made from recycled materials. Inside you will find a powder that you mix with water to create your vegan egg. You can use it for baking, creating vegan omelets, French toast, etc. Well, my husband and I wanted to try it as a vegan egg sandwich. I followed the directions, using the blender to whip up the powder and water, then I poured it into the pan that had a little sizzling vegan butter. I was surprised at how quickly it cooked up, stayed formed, and how it looked a lot like an egg. I only added a dash of pepper to it, and then put it on some bread that had vegan mayo and tomato.

We were both surprised by the consistency and taste. It was good! It really did remind me of the old days when we would eat egg sandwiches. It looked like egg, felt like it, and tasted a lot like an egg sandwich. Two thumbs up! I do plan to also try using it to make the French toast recipe that was inside the egg carton. I've been a big fan of Follow Your Heart products for a long time, and this is another one that they have done well with.

Pictured: In the box, mixed in the blender with water, on the bread. 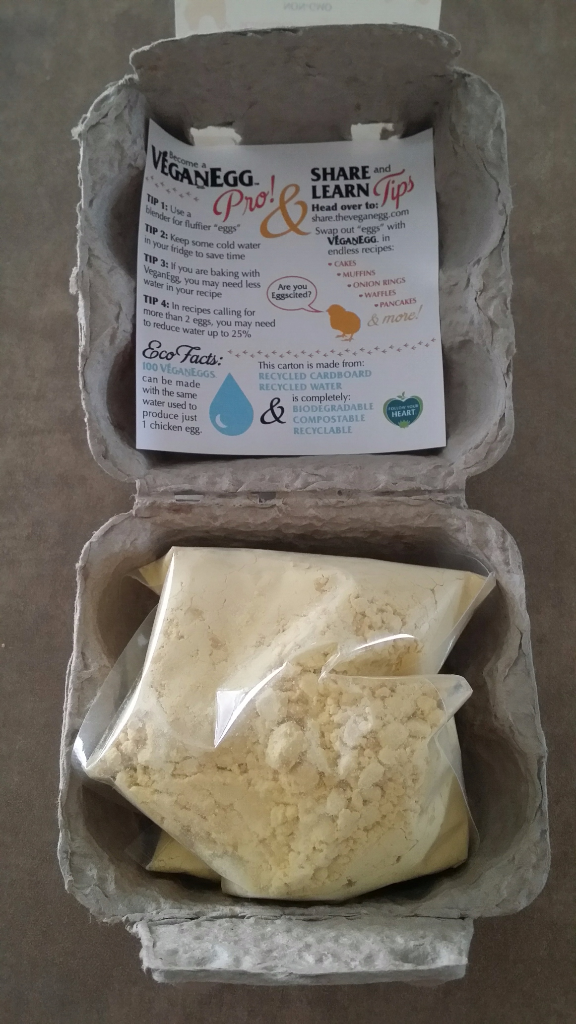 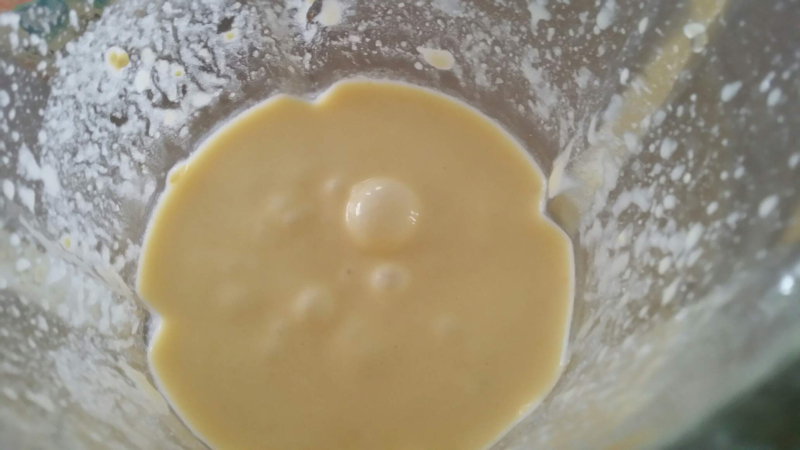 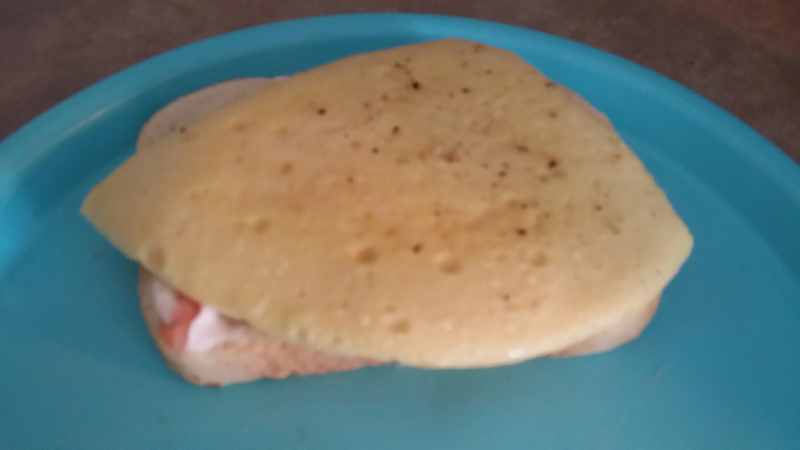