In prior years, I have bought a vegan whipped cream that was in a spray type can. It tastes good, but in all honestly, the style of can was a pain in the butt. Several times I bought it, only to find out I had gotten a broken nozzle. It was money down the drain and our vegan pumpkin pie had no vegan whipped cream on top. Well, all that has changed now that I found So Delicious Coco Whip!

I found So Delicious Coco Whip at Love Whole Foods in Port Orange. I wasn't looking for it, because I didn't know it existed. But I saw it there in the freezer section and was drawn in. I had to try it! That was last month at Thanksgiving. Well, this week I bought it a second time for another vegan pumpkin pie that I made for the family. I can sum up this vegan whipped cream in one word: WOW!

It is so light, fluffy, and delicious! Oh my goodness, do we love this vegan whipped cream. It's amazingly good! We topped our vegan pumpkin pie with it, but we also sneak an extra spoon to eat on its own. It's so darn good! If you have this in a freezer section near you, I suggest you give it a try. It is even better than what I remember non-vegan whipped cream tasting like. Two thumbs way up for the So Delicious Coco Whip vegan whipped cream!

You buy this frozen and keep it frozen until you know you want to use it. Then put it in the fridge at least four hours prior to using it, so that it thaws out. It's good in there opened for a few days (if it lasts that long without everyone eating it up). This stuff is so good! 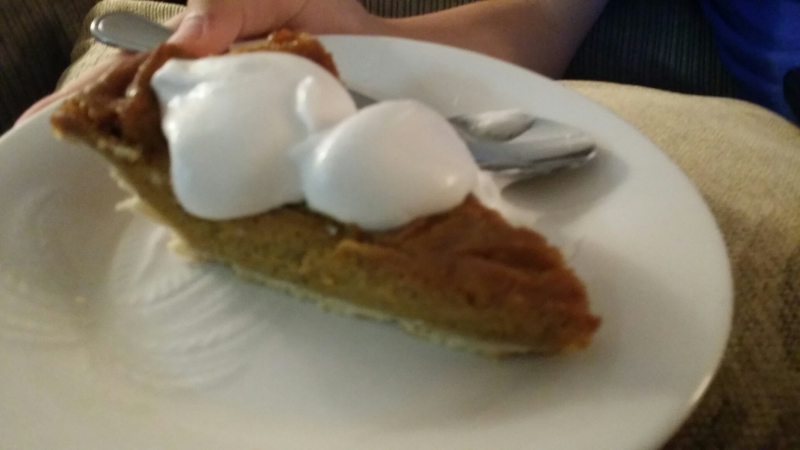