Abortion is not vegan. Period. End of story. 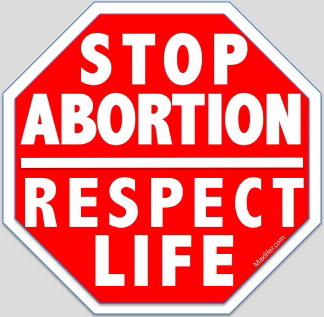 Recently, I have seen some debating taking place on Facebook regarding veganism and abortion. It seems the vegan community is split on this issue, with some feeling abortion is fine and others feeling it's not in line with vegan values. So let's take a look at this...

Abortion is killing a human somewhere in the first stages of life. It's not a "clump of cells" as some nonchalantly proclaim. It's not "putting something out of its misery" as others have said. It is ending life. Period. Abortion kills.

Veganism, on the other hand, is a position that is about respecting and protecting life. Life. The very thing that abortion takes away. It doesn't matter how small it is or what stage of its life it is in. We don't choose to have compassion and preserve and protect life based on the size of the animal or species, their shape, or what stage of life it may be in. We aim to protect, preserve, and respect all life.

Every human started out the same way. It's the first stages of life for human beings. If you deliberately end it, then you have taken life from an animal (the human animal). Abortion is not vegan. It's actually the opposite and it is not in line with vegan values.

It's mind blowing to me that there are even "vegans" who would think that abortion is okay, or some to want to fight for it and help fund it. How is it that they are more willing to fight for insects, oysters, and other animals, but not for humans? How can they not see the absolute hypocrisy of calling themselves vegan, and yet being for abortion?

Veganism is about respecting and protecting life. Abortion is about taking life. End of story. It doesn't get any more clear cut than that, folks.

No matter how you try to slice and dice it and try to throw liberal logic into the mix, there is no way to twist the act of killing/abortion to make it fit the definition of being vegan.

Abortion is not vegan and is not in line with vegan values. Period.