In praise of "Vegan Cupcakes Take Over the World" @isachandra 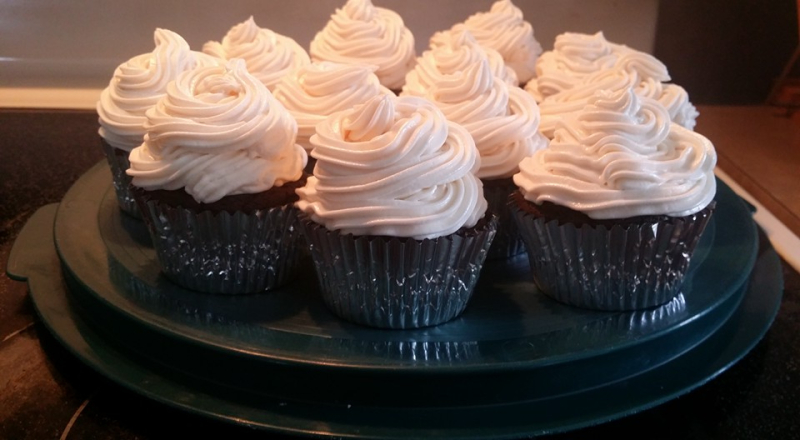 My daughter turned 12 today. Up until this birthday I had made numerous attempts to make a good vegan cake or cupcakes for her birthday and would always fail. I would find vegan recipes online or in cookbooks and try them, only to end up disappointed and embarrassed as I apologetically handed my family the cake or cupcakes I had made. It got to the point where I finally started ordering cakes to serve at birthday parties, simply because I stunk at making them. I wanted vegan cakes or vegan cupcakes, but would at times order non-vegan ones because it wasn't always easy to find a place that would make vegan ones for me. Well, that all changed with the help of "Vegan Cupcakes Take Over the World."

This last year I was determined to get better at making vegan cakes and cupcakes. I went on and found Isa Chanra's cookbook called "Vegan Cupcakes Take Over the World," and ordered it. Today, I took my first attempt at making cupcakes from it for my daughters birthday. I made chocolate cupcakes with vegan buttercream frosting, using recipes for both from the book.

Oh my! I am so darn thankful for her book. I've been a vegetarian (primarily vegan) for going on 21 years next month, and this was the first time during those years that I made a cake or cupcakes that I was proud of. They actually looked great and they tasted great, too! For the first time I didn't have to apologize as I gave a family member the cake I had made, and I didn't have to be embarrassed at what I had made. No... this one made me proud!

My daughter came in from school and saw the beautiful cupcakes that I had made and she was excited. She immediately wanted to eat one. She loved it!

I absolutely love this little cookbook and will be using it over and over again. I'm so grateful for it, because it has finally given me a way to make my family some good vegan cupcakes that I can feel happy about giving to them. Thank you for helping me make my daughter's birthday special and tasty! 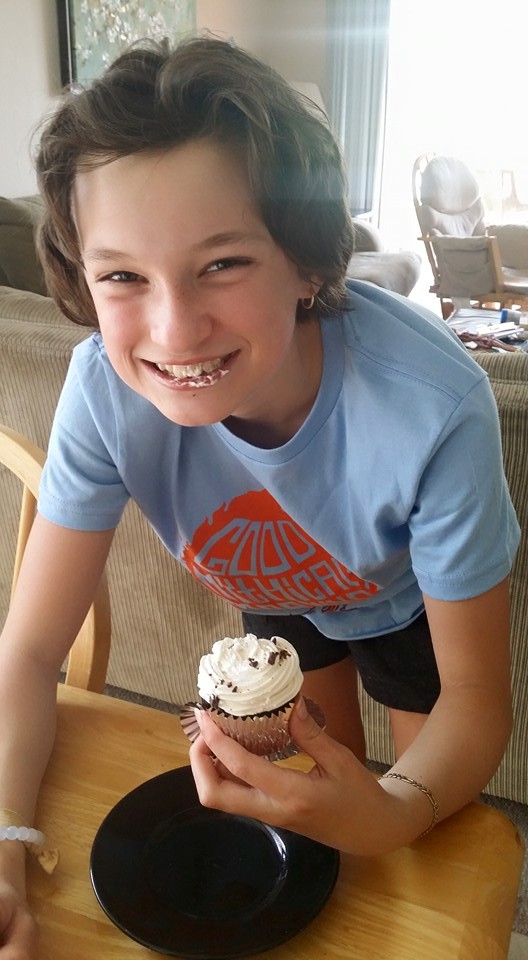