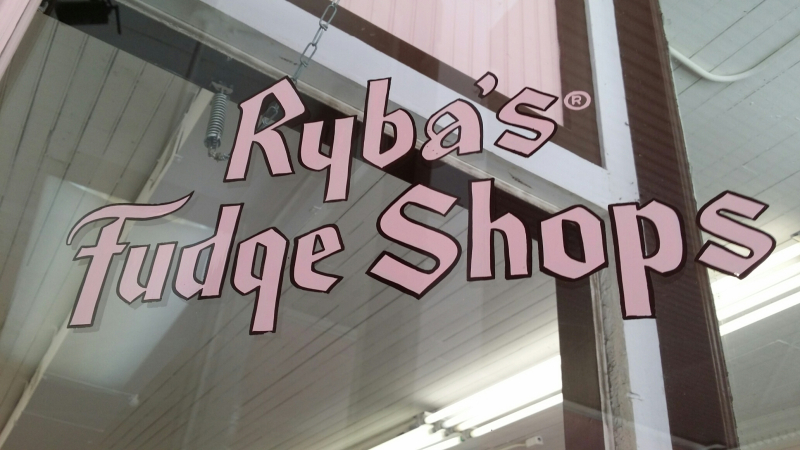 If you are going to visit Mackinac Island in Michigan you are in for a treat. Not only is a beautiful place, where you can bike the island or hike, and take in the sites, but you can also find vegan fudge. The last time I was there seven years prior they didn't have vegan fudge available, but now they do!

Ryba's Fudge Shops, which has two locations on the island, offers one variety of vegan fudge! Surprise, surprise! The first location I went into was out of it, but they did have some at the second location I went to. There is a sign on the door even saying they offer it. They don't have it sitting in the display case like the others though, so don't look for it. You have to ask for it and they do have it tucked away under the counter. They will even give you a sample of it so you can see if you want to buy it.

We sampled it and bought half a bar of it, which is $4 (a full bar is $8). The vegan fudge tasted good, but to be honest, my own vegan fudge is better! Still, I thought it was awesome that they offer vegan fudge on Mackinac Island, so two thumbs up for them offering it. It tasted good and it's nice that the option is there. 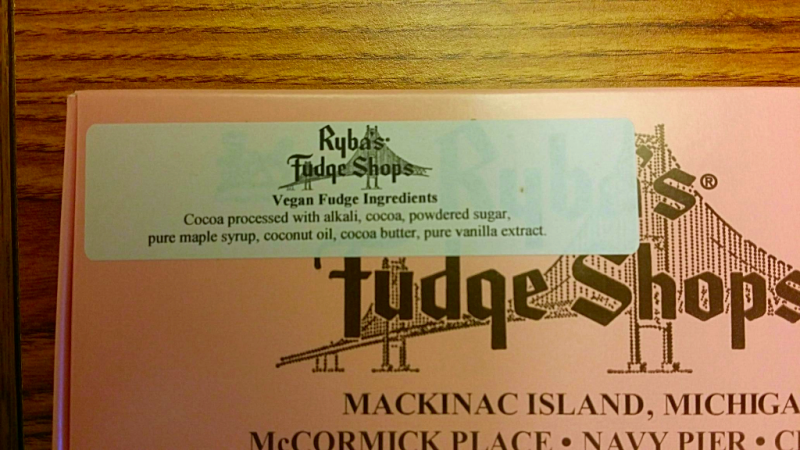 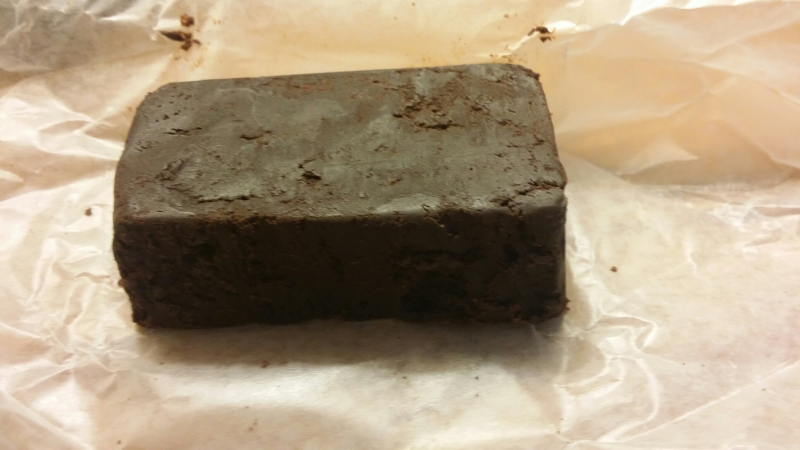