The best vegan mac and cheese ever! Recipe I'm a mac and cheese lover. So much so that when I was a kid my mother used to call it "mac and jack" in our house (my name is Jacqueline). Well, the quest for finding vegan mac and cheese has fallen short for two decades. I've searched and I've found some vegan mac and cheese that was okay and passable, but nothing that was on par with the traditional one I grew up with and craved. Until now.

This is the best vegan mac and cheese ever! To me, it is right on par with the stuff I grew up with. It's creamy, delicious, and total comfort food. My family loves it, too! This recipe takes about 15 minutes to prepare and then a half an hour to bake (and about another 15 minutes to completely devour it!). Leftovers taste great, too!

This vegan mac and cheese uses cashew cream. Now, don't go running the other direction assuming this is something difficult. It's not. Trust me! Making cashew cream is simple and it will help you make the best darn mac and cheese that you have ever had.

Cashew Cream Recipe:
To make cashew cream you will need raw unsalted cashews. I bought mine at Trader Joe's because I was having trouble finding them, and then just today I saw some in Target (in the produce department, not down the aisle with all the nuts). The first thing you need to do is make up a batch of cashew cream. You will only need a portion of it for this recipe, so what you do is freeze the rest of it. It will last for four days in the fridge, or up to 6 months in the freezer. Since you only need a 1/2 cup of cashew cream to make this recipe, I poured the rest of the cream into individual 1/2 cup containers and froze them. This made making other batches of this vegan mac and cheese a breeze! You just pull it out of the freezer and thaw it out and add it to your recipe. Simple and time saving for subsequent batches.

To make the cashew cream, take two cups of raw cashews and rinse them, then add them to a dish and cover with water.  Soak them overnight in the water in the fridge. Then put them in a food processor or blender and add enough water so that they are covered. Blend them until they turn into a smooth cream, which is five minutes. That's it! That is your cashew cream. Simple, right?! If you don't have time to soak them overnight, don't worry about it. I've tried it both ways and don't notice the difference. Also, I've used roasted/salted cashews here and there for it and it also comes out great. 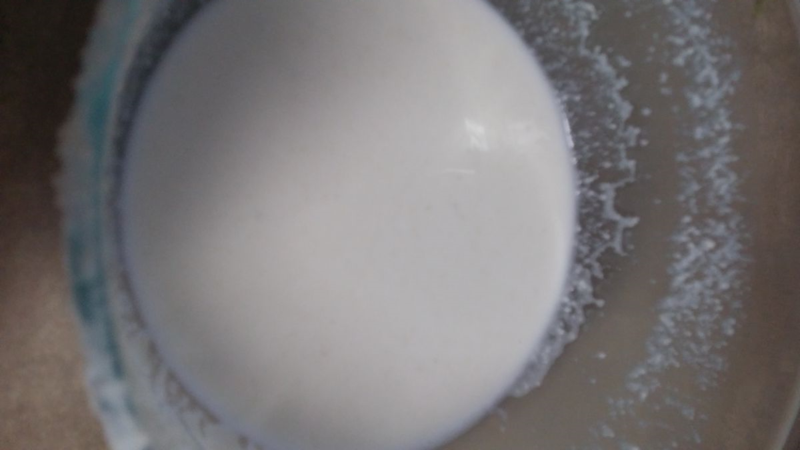 Now you are ready to make the best vegan mac and cheese ever:

Instructions:
Preheat the oven to 350 degrees. Cook pasta according to the package instructions. Meanwhile, put the vegan cheese, cashew cream, and broth into a pan  on medium  heat and melt it all together, stirring frequently, until it becomes a nice smooth sauce. Once the pasta is done and drained put it in a baking dish and mix the sauce in. Sprinkle the top with the butter and bread crumbs. Cover with foil and bake for 30 minutes, removing the foil for the last 5 minutes (be sure to reuse or recycle your foil!). Serve and enjoy! 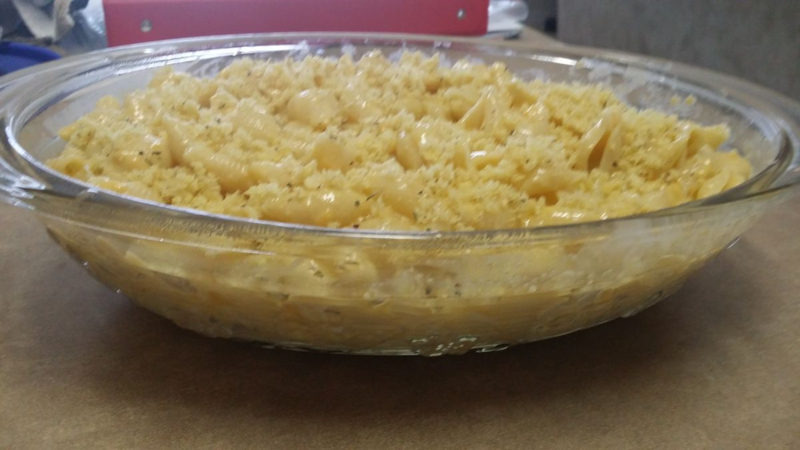 Vegan bread crumbs:
They are so simple to make! Once I learned how to make bread crumbs a few years ago I pretty much stopped purchasing any from the store. All you need to do is take a slice of bread and let it sit out on the counter for an hour or so or put it in the toaster (what I do). This will harden the bread. Then I remove the crust, break it up into a few pieces, and drop it into the blender. Add a dash of Italian season, a dash of garlic powder, and blend it together until it's a fine bread crumb. That's it! Using one slice like this will give you the two tablespoons for the recipe. If you wanted to make a batch that was bigger you can use more bread and seasonings. You can put them in an air tight container and keep them around for a week, too, using as needed.