Yesterday we were in Gainesville for a Gators football game (we live around two hours away, but we go once or twice per year for that reason). Just like last year, we ate at the Reggae Shack, which has some great vegan food. We wanted to order their vegan carrot cake for dessert, but the waitress informed us they were out of it. She could see my disappointment and asked if I knew about Karma Cream, which was within walking distance down the road. No, I didn't know about it, but wish I had, because we would have went before yesterday.

I opted for the mint chip in a mini waffle cone, and my kids both had the mint chip shake. We all picked the same flavor, which wasn't planned, but the chocolate brownie was my runner-up choice. Everything was great! We all really liked it and we would go back again for sure.

They also offer vegan milks, desserts, and even sandwiches. They offer a diner big enough to sit down and enjoy your treats. The place was non-stop busy, too, so they are doing a lot of business. Two thumbs up for Karma Cream, we loved it! You can visit their website here.

Here are some pictures from our top at Karma Cream for some vegan ice cream and shakes: 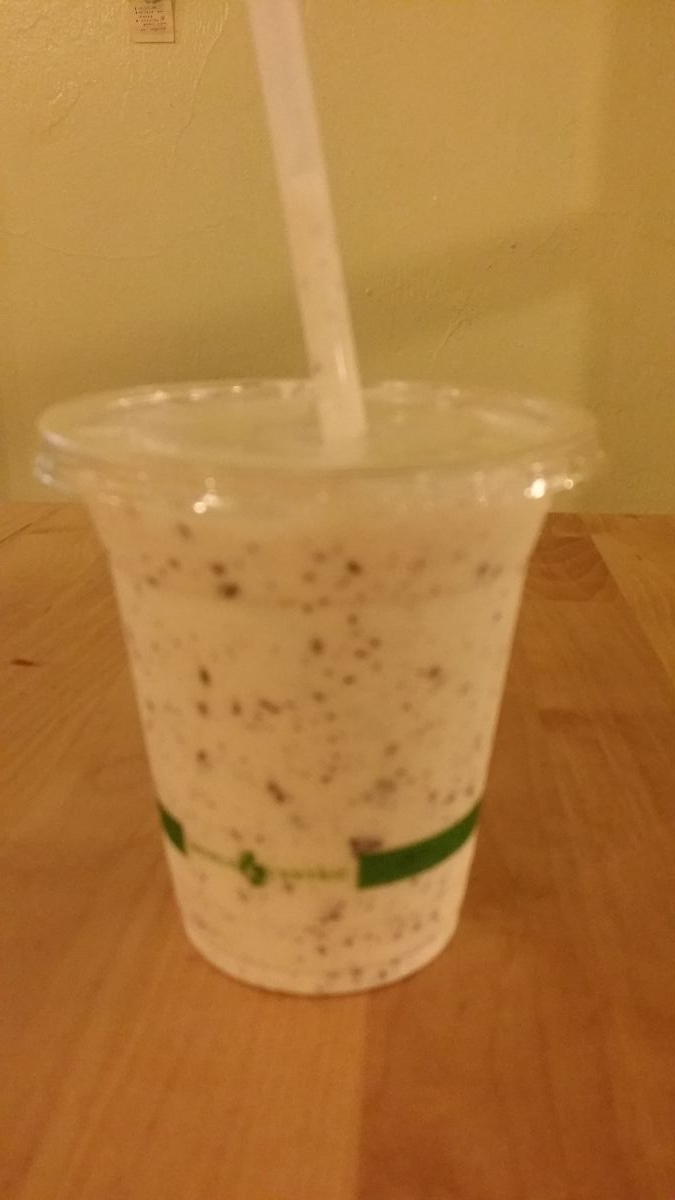 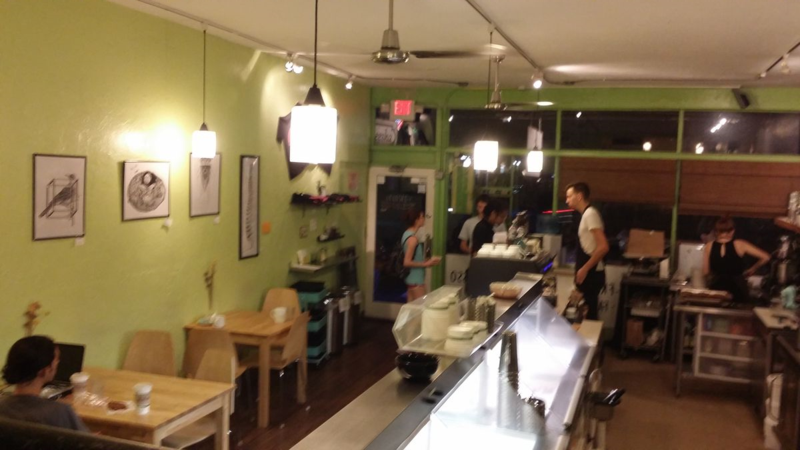 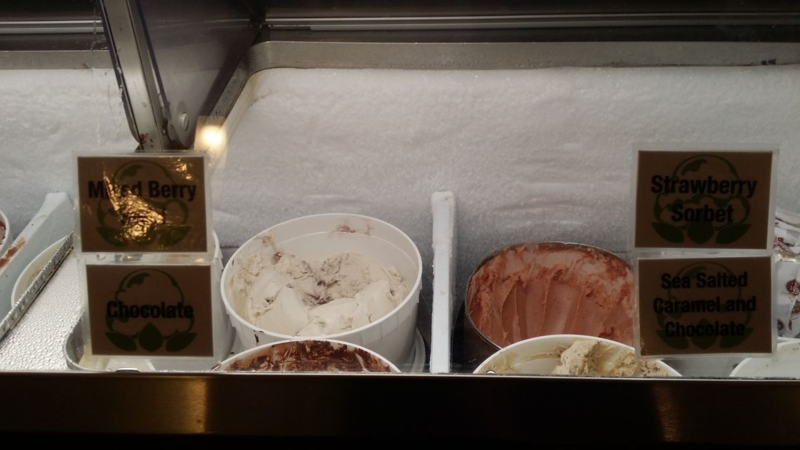 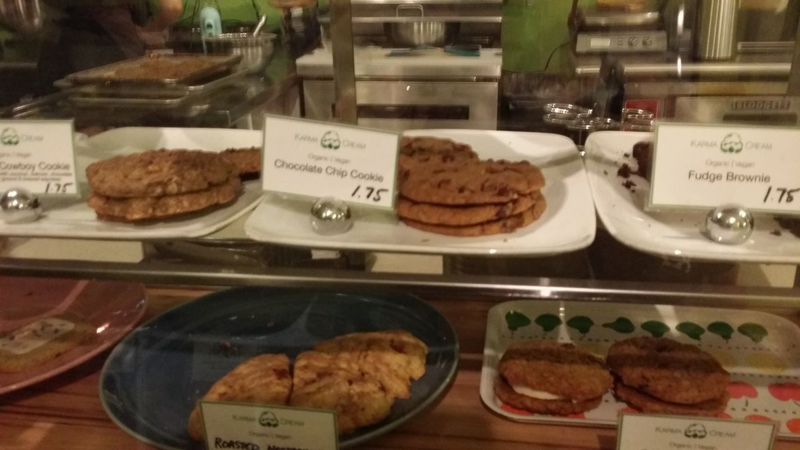 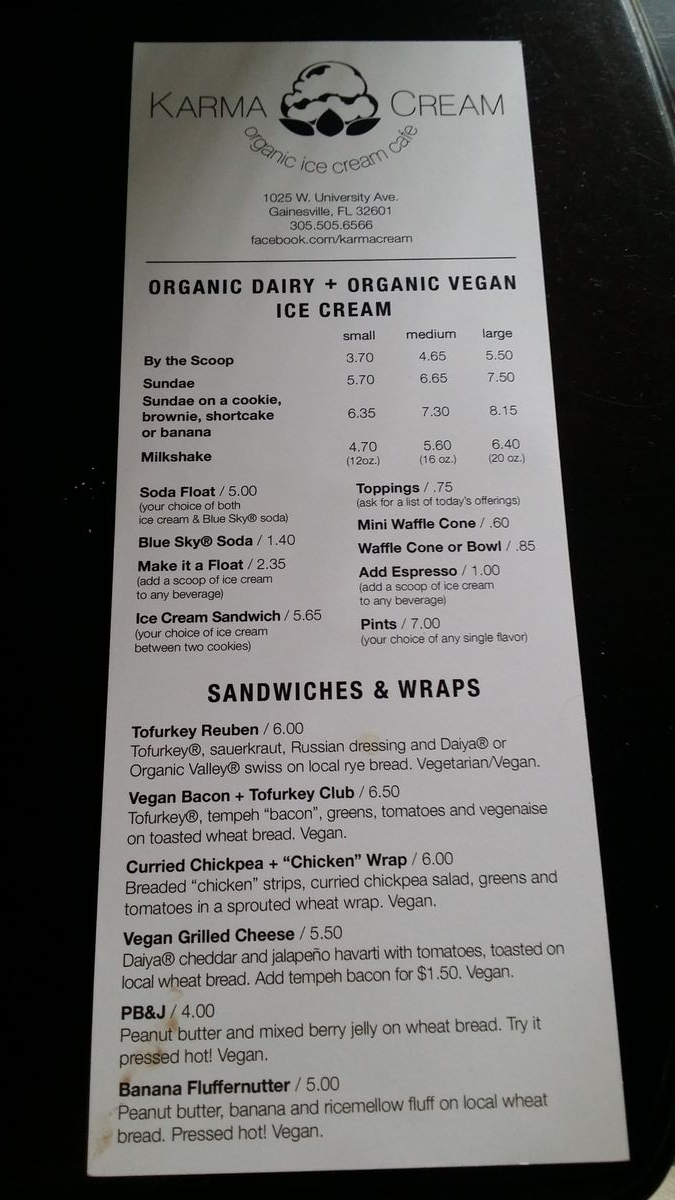 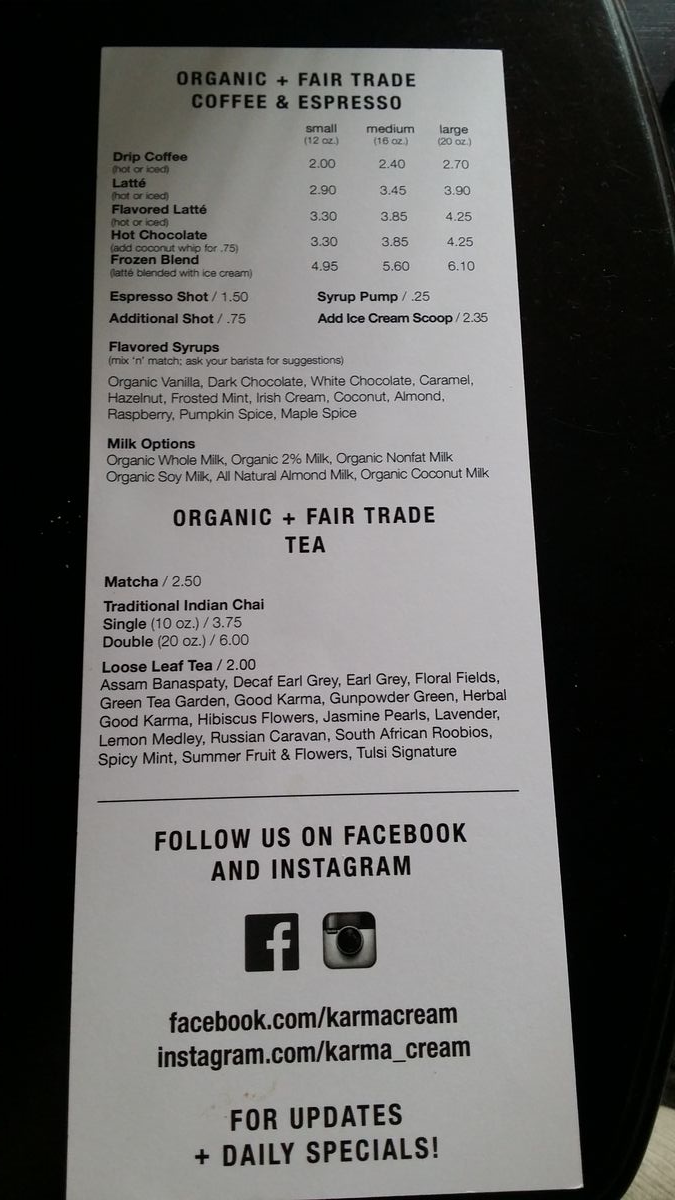