Full disclosure: I used to be a big fan of the vegan Tuno when it was out. We bought it regularly and we were sad when they stopped making it. It was easy to use to make some sandwiches and it tasted good. Well, I was in Whole Foods Market recently when Vegan Toona caught my eye. Without hesitation I put one in the basket so we could try it out.

This week I made the Vegan Toona, creating a sandwich spread by mixing it with some chopped celery, onion, red pepper, vegan mayo, and a squirt of mustard. Then I put it on the sandwiches, and paired with some fruit there was a quick lunch!

My husband and I both liked the Vegan Toona. I don't think it's as good as Tuno was, but we did like it. My daughter went for half a sandwich, because she was unsure of it at first. She ended up liking it as well.

It's a little too salty, but still tasty. I had to really make it stretch to get 2.5 sandwiches out of it, so if you are making more sandwiches you may want to use two cans. I also like that is gluten free and doesn't have artificial ingredients. It is something I will buy again!

Here's a picture of it opened and turned into the Vegan Toona salad, as well as additional info from the company: 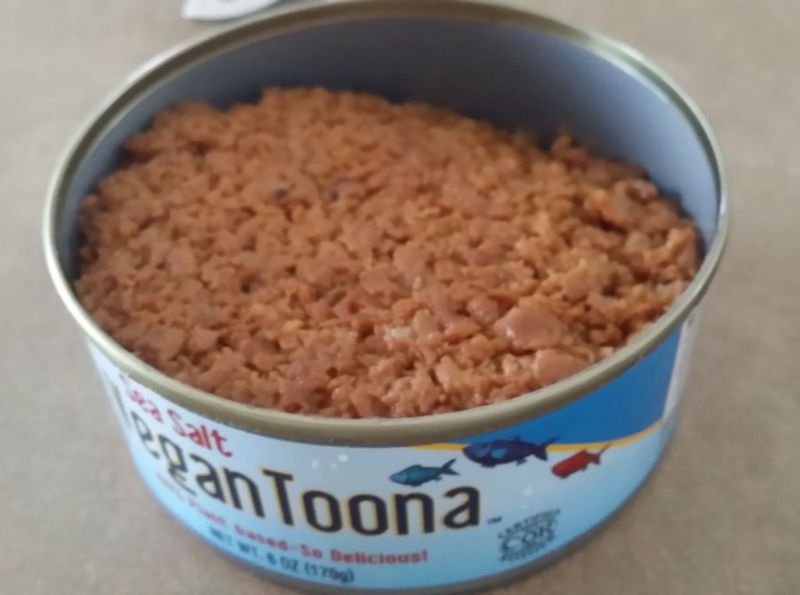 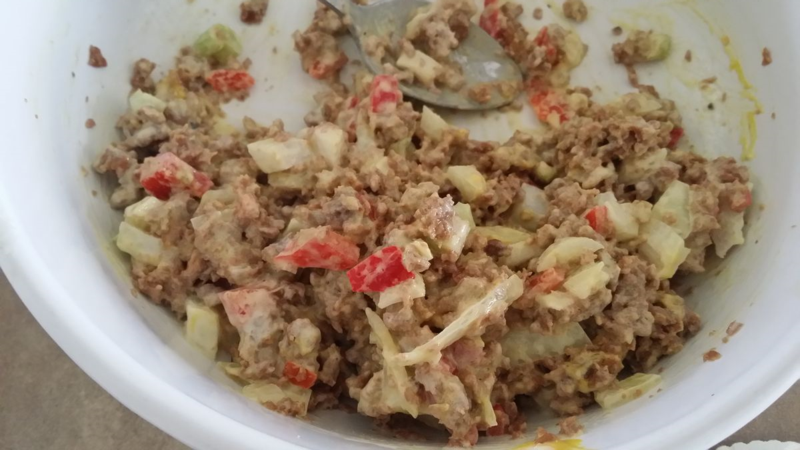 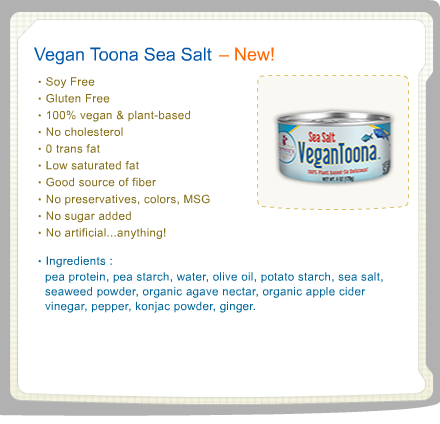