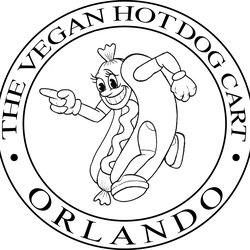 Since we moved to Florida eight years ago we have loved visiting The Vegan Hot Dog Cart in Orlando. While they do set up in Downtown Orlando, we have always bought from them when we visit the yearly VegFest and Earth Day festivals. But last night we were out with another couple and we were in downtown Orlando for a comedy club event, so afterward we walked down to The Vegan Hot Dog Cart.

All four of us ended up getting the "holiday dog," which was a special dog on the menu that the guy said was award-winning. I couldn't resist! The sign said it came with orange-cran chutney, fried vidalia onions, and Carolina BBQ mustard. The dogs are $5 each and we decided to add on a bag of "Dirty" salt and vinegar chips for an additional $3.

We stepped aside and people-watched while we ate our vegan dogs. They were delicious! The holiday dog is a unique vegan dog that was really good. Once the dog was done we started munching on the chips. I thought the vinegar seemed really strong (stronger than most salt and vinegar chips I am used to eating and I wasn't familiar with the brand). I wondered if they had MSG in them, so I asked my husband for the bag to take a look. It was then that I saw the ingredients had lactose listed as an ingredient and it stated right on the bag that the product contained milk (see ingredient list here). I was shocked, having gotten them from The Vegan Hot Dog Cart.

I let the others know the chips were not vegan, much to their disappointment and annoyance. We had thought about going back to the cart to say something, but nobody really wanted to start a confrontation, so we left. This morning one of the people we were with with posted about the snafu in the Central Florida Vegans group on Facebook. His message was basically an FYI, to let other vegans know about the mishap and that they should keep it in mind when buying from the cart.

The owner of The Vegan Hot Dog Cart responded to him in a defensive and rude manner, which was also disappointing. The person who posted about the issue is one of the most committed vegans I've ever known. He only eats at all vegan establishments to avoid such slip-ups with animal ingredients. So his frustration was understandable. When a business is based on the idea of being vegan you come to trust that, well, everything they have is vegan. So naturally you are going to be upset when you find out something they served you is not vegan. It's their job, it's what they do, so due diligence is just part of the territory.

While the owner may not have liked the complaint he saw in the group, I think he went about responding to it in the wrong way. Good customer service would have been to reply by apologizing for the oversight, thanking the person that it was brought to their attention, and ensuring that it wouldn't happen again. That they would be more diligent in ensuring everything was vegan on the cart. Everyone reading it would have been more understanding about the situation. The thread ended up getting ugly and the moderator took it down before I could weigh in with my two cents (darn!).

I believe the non-vegan chips being served up on The Vegan Hot Dog Cart was likely an honest error. But it's one that really shouldn't have happened, because it's what they do. It's what they are all about and what sets them apart from the many other carts on the streets of downtown Orlando. If they get in new packages of something they are not used to selling then it's their job to check the ingredients to make sure it lives up to their vegan standards. If they got in new dog packages they weren't used to using (or new bun packages) would they check the package or just use the items? What if a package of turkey or beef dogs slipped through?

The bottom line is that The Vegan Hot Dog Cart has some great vegan dogs. I'm glad they are around and I hope they continue to keep serving up the tasty alternative. But people should be aware that non-vegan items were served on the cart last night. Does it happen often, has it happened on other nights, or will it happen in the future? I have no idea. In fact, only the owner knows the answer to these questions. But my guess is after this issue was brought to his attention via social media this morning it won't happen again.

Here are some pictures from last night: 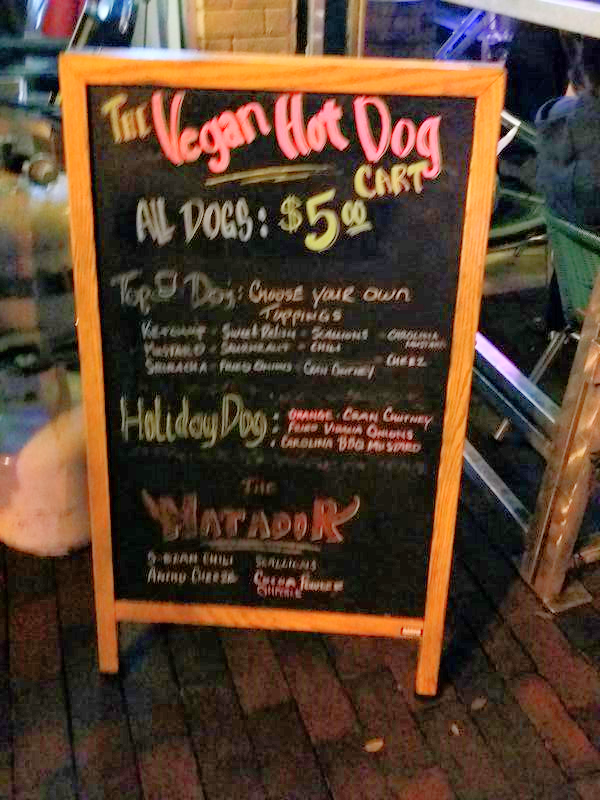 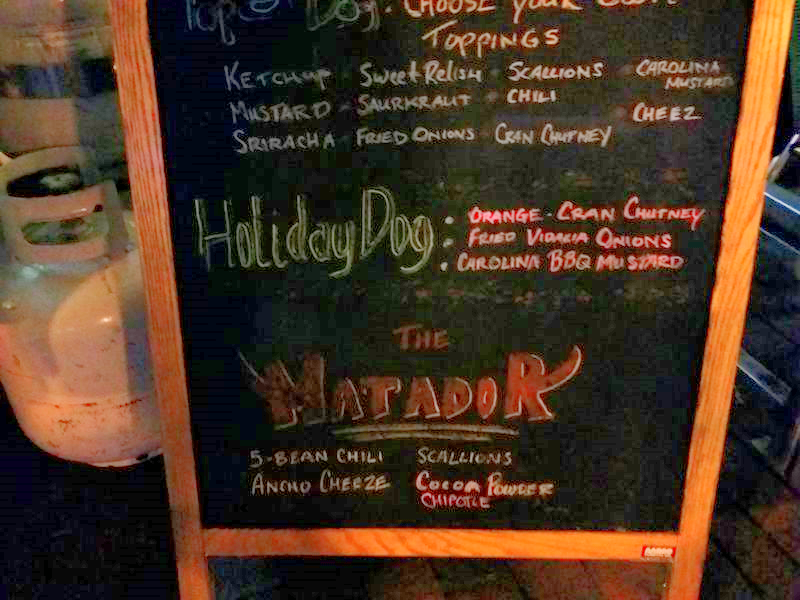 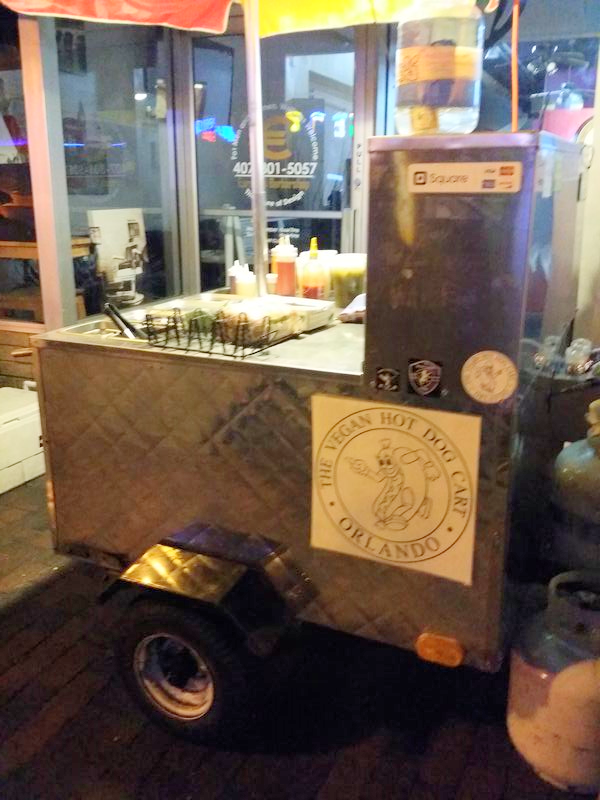 Based on this incident and coupled with the owners reaction, I no longer have a desire to try out the Vegan Hot Dog Cart. If they can't be trusted to read the labels of what they're serving, then I can't trust the hot dogs, cheese, or buns they're using either. Do the hot dogs have eggs? Do the buns contain milk? Does the cheese contain dairy? I'm afraid the owner doesn't know the answer to these questions as they were serving chips that had dairy in them. I really wanted to try one of these, but I just can't now...