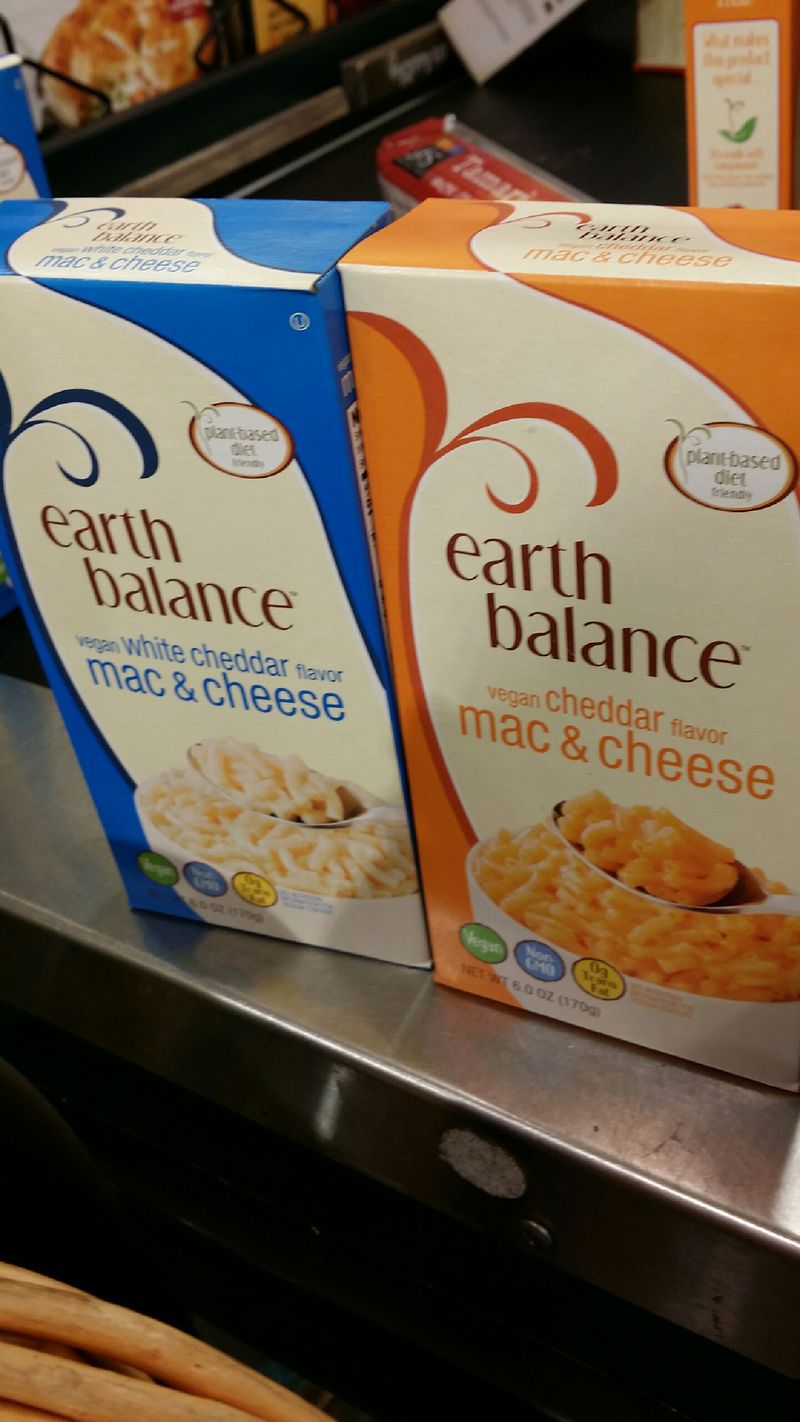 One of my favorite foods of all time since I was a child is macaroni and cheese. In fact, when I was a child my mother used to call it "mac and Jack" in our house (my name is Jacquie). I loved it and could eat it all the time! Fast forward to today and I still love it and so do my kids... but it's difficult to find find good vegan mac and cheese that is convenient (I mean box style, not that you make from scratch).

When I saw it recently announced that Earth Balance now had out vegan mac and cheese I was beyond thrilled. I have used their vegan butter for years and love it. I have also had their vegan cheese popcorn and love it. So I had high hopes that they would be the company that nailed it. The one that perfected the boxed vegan mac and cheese. I've tried other brands, but all fall desperately short of a great taste. Yesterday while at the Whole Foods Market in Olrando (about an hour from home), I went to see if they had the Earth Balance vegan mac and cheese in stock. They did! I was thrilled and bought several boxes of each variety (white cheddar and cheddar) at $3 per box, assuming it was going to be great! But... I was sadly disappointed...

The white cheddar vegan mac and cheese had a very strong stinky smell that stunk up the kitchen, turning my husband off as soon as he walked into the room. My daughter was the only one he liked the white cheddar mac and cheese. My son hated it, and my husabnd and I were not big fans. I thought it was "okay." It has a very strong flavor that is difficult to get used to.

Fast forward to today and I was excited to try the cheddar variety. It has to be better, I thought! Oddly it tastest exactly like the white cheddar one. The only difference in the two is the orange color that is in the cheddar one. They taste exactly the same! Yikes!

Overall it's just "okay" and not something I'll end up buying, unfortunately. I am so disappointed in the taste of this product. My search for a quick and convenient vegan mac and cheese that actually tastes good continues.