I'm a big fan of quinoa. I'm also a big fan of the elianni veggie cutlets. Something I like to do is mix the two together, along with some other goodies, to create a vegan quinoa salad. Delicious!

First, cook the elianni veggie cutlets and then cut them into small bite size pieces (follow preparation directions on the box). I only use half a box at one time. Set the cooked cutlets aside. Meanwhile, cook up some quinoa. I cook mine in either no-chicken vegan broth or in vegetable broth, depending on what I have on hand. I also sauteed about a half a chopped onion, a third of a chopped green pepper, and about two cups of raw spinach in a pan (adding the spinach after the the veggies have began to soften). I would have added in some fresh mushrooms, but I didn't have them on hand.

Then I added in the veggie cutlets. To create a little bit of a sauce I used an idea that I got from an Engine 2 Cookbook. I mixed together just a couple of tablespoons of Bragg's liquid amino acids, with about a tablespoon of brown sugar. Add the mixture to the soften veggies and simmer for a couple of minutes. It gives everyting a great smokey/slightly sweet flavor. Yum!

Once the quinoa has cooked you just mix it together with the veggie cutlets and veggies. Yum! So delicious and nutritious. I love this dish! One of the great things about quinoa is that is great no matter what you mix into it to make a "salad." Sweet potatoes, cherry tomatoes, broccoli, carrots, etc. Whatever you have on hand will work well. Just soften them in the pan and add them into the quinoa.

This dish not only tastes great and is vegan, but it is also gluten free! The elianni veggie cutlets are gluten free. They taste and have the same texture as eating seitan, but are completely gluten free. Yum!

Here are some pictures from my preparation of the vegan quinoa salad with gluten free veggie cutlets, served along side a fresh salad with vegan ranch dressing: 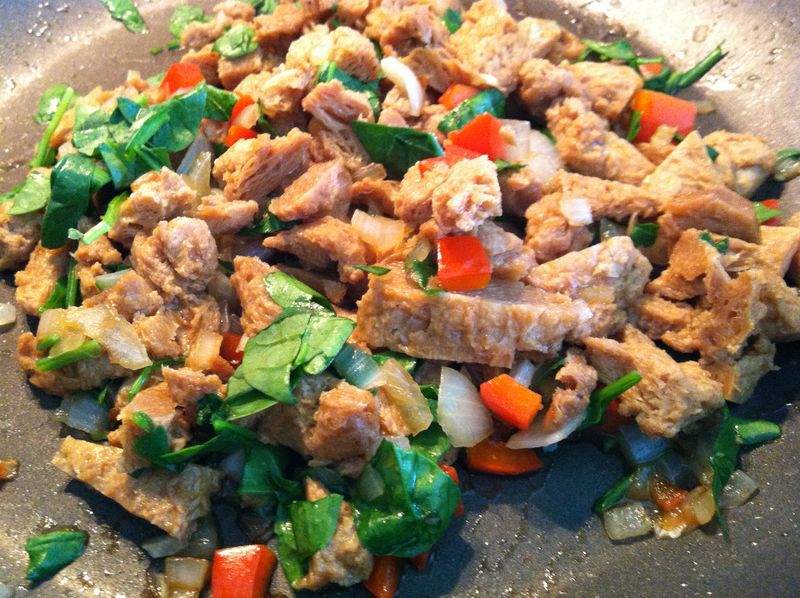 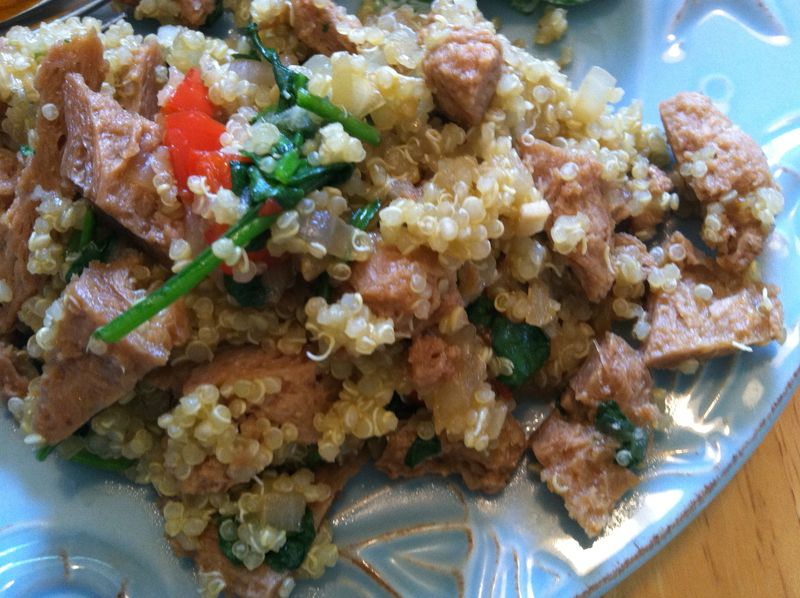 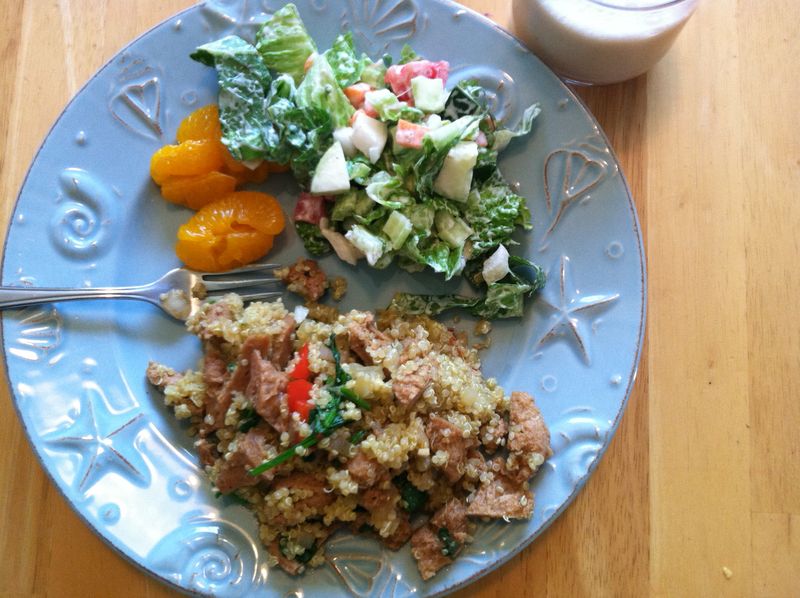