Kids Having Compassion for All Living Things

Since my children were born I have tried to teach them to have compassion for all living things. My daughter, who is going on nine next month, has become such an animal lover that she has said for years that she wants to be a veterinarian when she grows up. Over this summer I sent her to the first summer camp ever. It was a week long camp at the local humane society, where she learned all about different animals and caring for them. Each day she came home wanting to adopt different animals.

Today we spent the day at Juniper Springs (links to my other blog). There was a swallowtail butterfly that was hanging around the steps a lot and the place was quite busy. I feared that something might happen to it. My daughter got out of the water at one time and saw the butterfly injured, lying on the ground. Immediately she sprung into action to try to determine what was wrong. It appeared as though a wing was damaged. She begged me bring it home and try to help it. At first I figured there was not much use in doing so, because it was likely going to die. Not only was the wing damaged, but it appeared to have lost a leg or two as well.

She was so disappointed with my initial response in explaining this to her, as her heart was set on helping this little creature. I pulled out my phone and did a quick search to see if there was anything that one can do to help a butterfly with a wounded wing. Low and behold I did find articles on how to try and help it, so I agreed to let her take it home and at least try to provide help. She was thrilled! We didn't leave for probably another hour, but she stopped swimming and sat with the butterfly the whole time.

As we were walking to the car to leave the butterfly died. My daughter was crushed. She put the butterfly on the seat next to her in the car and she cried all the way home. We live an hour from the spring, and she cried the entire hour. I explained to her how lucky the butterfly was that someone like her found it when it was wounded. At least it didn't die all alone as a result of a child hitting it with a swim toy (on purpose from what she was told by another kid). Instead, the butterfly died in the hands of someone who loved it, cared about it, and wanted desperately to help it.

I could see with this today that my lessons on having compassion for animals have been well received. My daughter has a heart of gold for even the smallest creatures. I was so proud of her determination to want to help the butterfly and how she was so moved by the whole thing.

Had I made my daughter leave the butterfly behind (when it was wounded) it would have been going against everything I have spent nine years teaching her. She's a compassionate, caring child and that's exactly what I have been teaching her to be all along.

Here are some pictures of her with the butterfly: 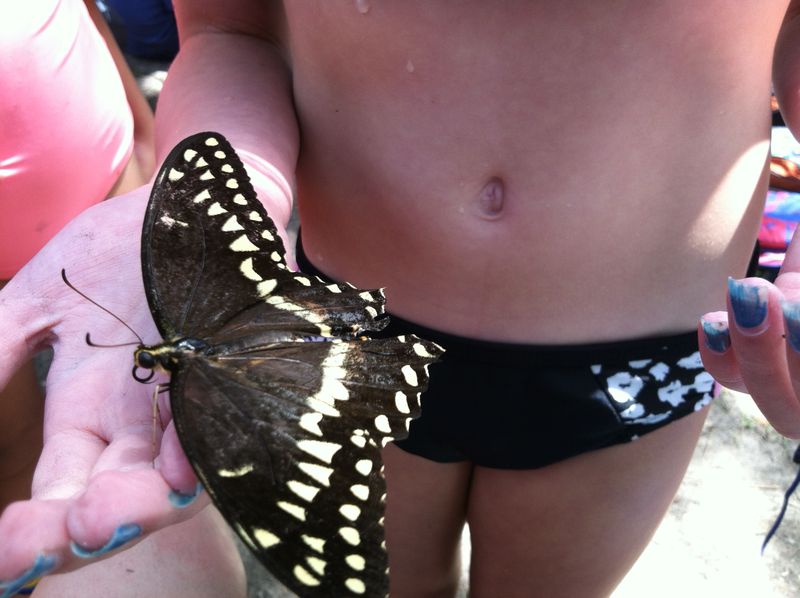 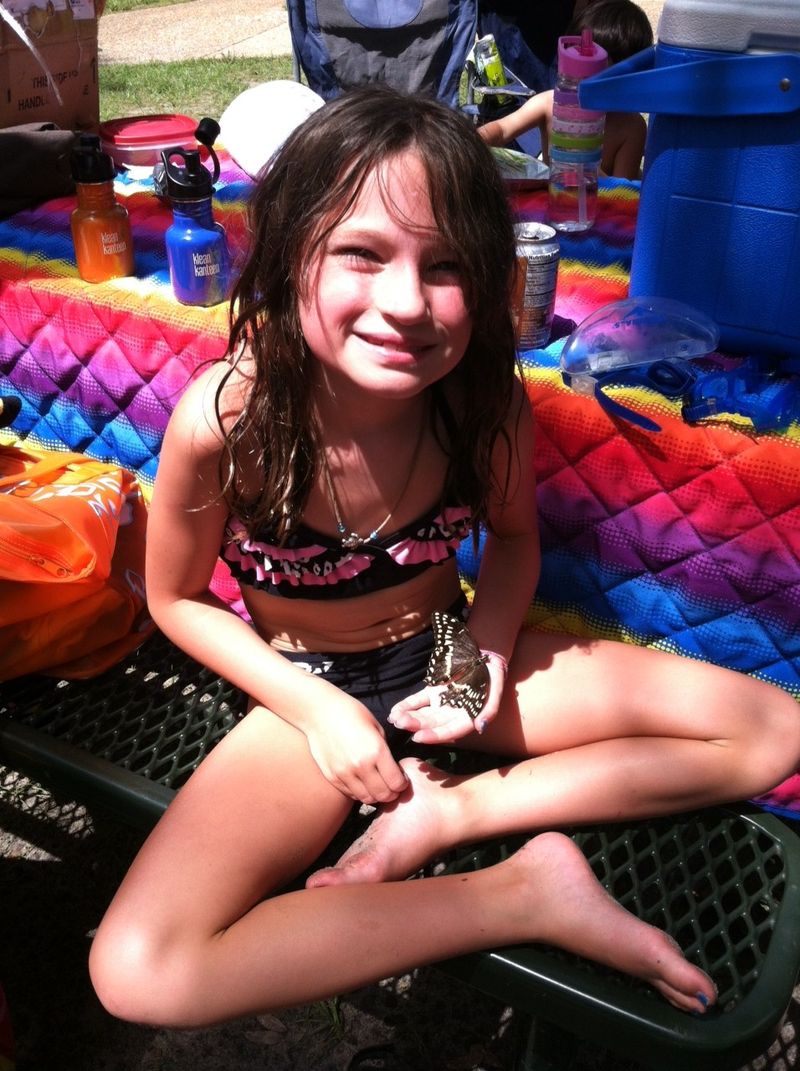