I don't know about you, but I used to be a fan of Tuno when it was out. We used to buy cans of it and use it for sandwiches or making vegan tuna casserole dishes. We loved it! Then after years of using it the product disappeared and was discontinued. Bummer!

Fast forward several years and a vegan friend of mine gave me a different brand of vegan tuna to try. This one is called "vege-tuna" and is a vegan vegetable and grain protein. It comes frozen in a tube. She said to put it under water to thaw out. I did that for a few seconds, but didn't want to waste a bunch of water, so I took out of the package, popped into the microwave to defrost and in no time it was ready to eat!

I used it to make vegan tuna salad for sandwiches. I mixed the vege-tuna with chopped celery, onion, red pepper, turmeric, a little mustard, and some vegan mayo. Then I put it on bread with a slice of romain lettuce.

We all thought it was good! The kids liked the sandwiches, as did my husband and I. They were good and it really reminded me of the vegan tuno that we used to buy years ago. Now I just have to find out where she buys it at so that I get some for myself! It's a good product and a nice alternative. It's a keeper, for sure.

P.S. UPDATE - I just found out that you can get this at the DeLand Bakery in DeLand, Florida (I'm sure other stores as well, but that is where she buys it in our area).

Here are pictures from the product package and what it looked like on my vegan tuna sandwich: 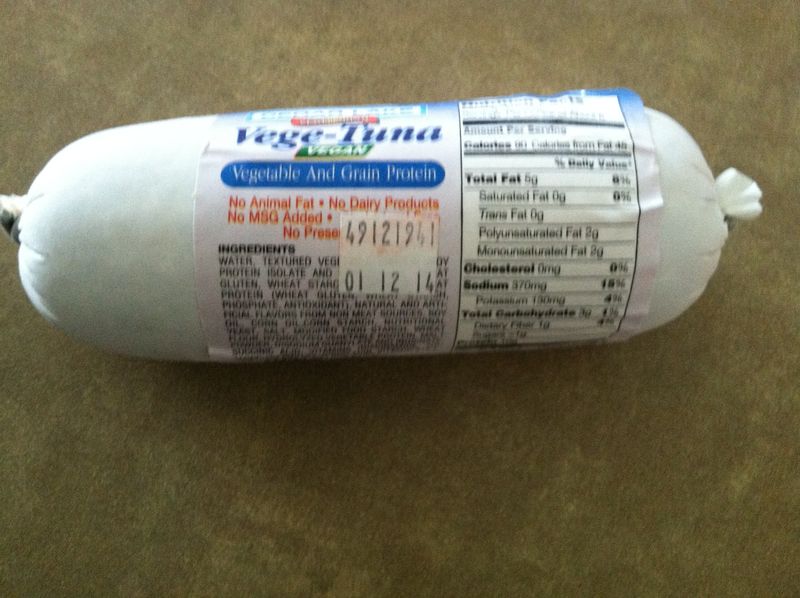 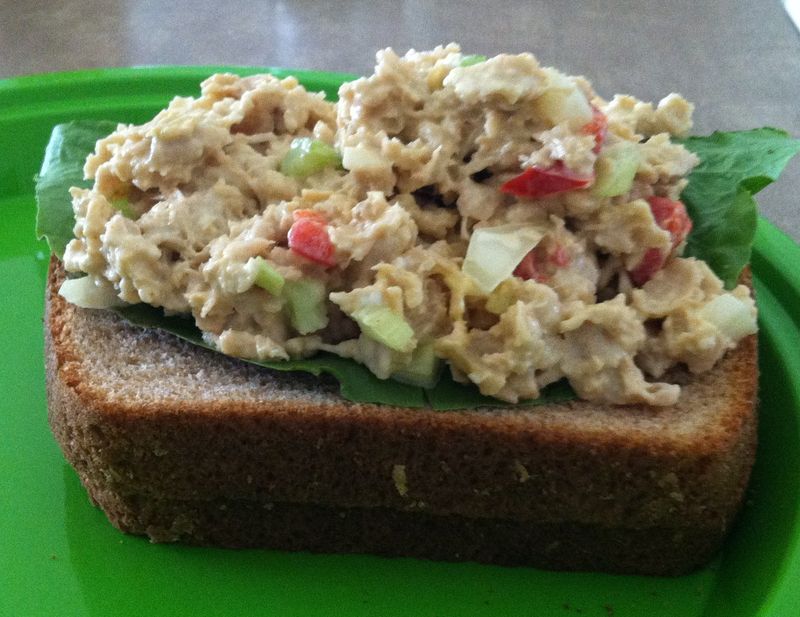