For my son's 7th birthday party I wanted to make finger foods. I wanted something easy that would be easy for the kids to pick up and walk around with. I made vegan pizza bites! They are super easy to make and taste great. Everyone liked them and they were gone fast!

Since it was a party I needed quite a few. I made 24 mini vegan pizza bites and 12 bigger ones. I used muffin tins for this (mini muffin tins and regular muffin tins). Here's what you need to make them:

Preheat the oven to 350 degrees. Unroll the dough onto a counter or cutting board. Use a knife or the bottom of a glass to cut out small pieces of dough. Put them on the bottom of the prepared muffin tins. Cut small pieces for the mini muffins, cut a little bigger ones for the full muffin pans. Top with the vegan pizza sauce, vegan cheese, vegan pepperoni, and any toppings you may want. Pop them in the oven for around 15 minutes for the mini ones and 18 minutes for the bigger ones. Check them after about 10 mintues to make sure they are not burning. You can take a knife and gently lift the side of one to check. For the last 5 minutes or so keep an eye on them so they don't burn. You want them to brown some and the dough to not be sticky, but you don't want them to burn. Take them out, put them on a nice tray, and serve. Yum!

Here are the pictures for making the vegan pizza bites: 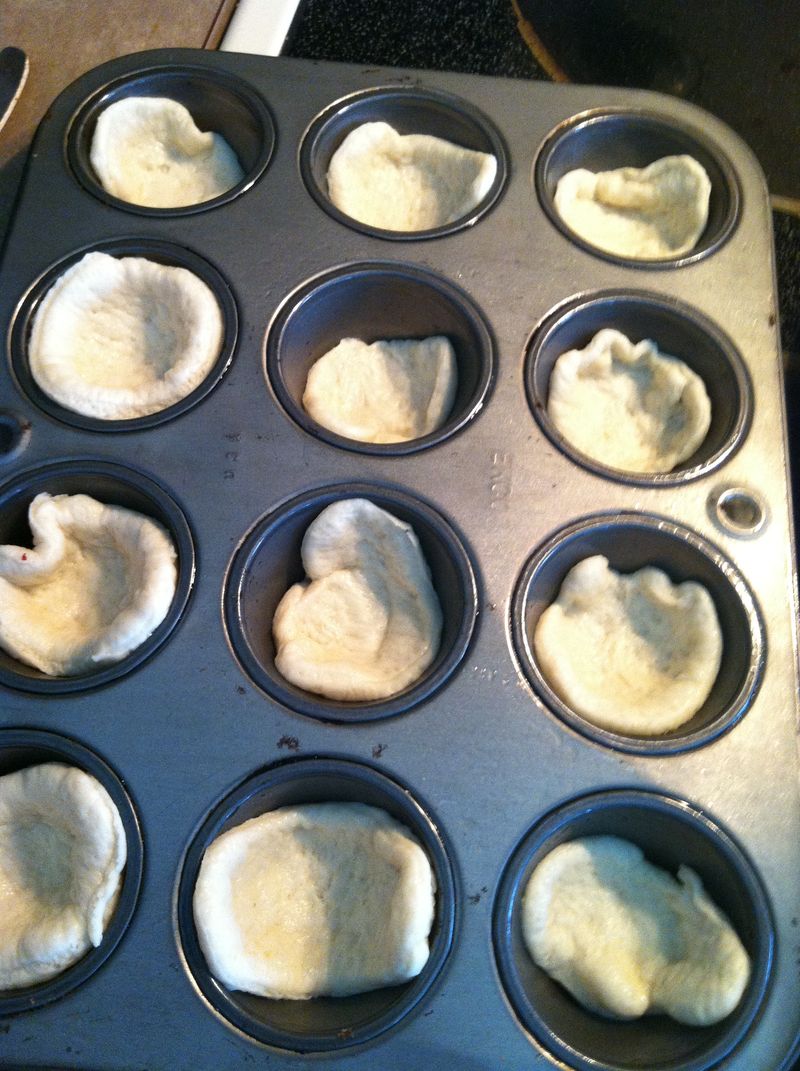