I recently had the pleasure of reviewing the vegan kid's cookbook called "Kidilicious: Fun & Healthy Recipes Kids Will Love." I handed it to my daughter and told her to see if there was anything she wanted to make. She found a Zebra Cake right away and so it was that on that day we made a zebra cake!

The recipe was easy to follow, with her doing most of the work. It was a little time consuming putting the batter in the pans ever so neatly in order to make sure it came out with zebra striping. But it was fun doing it together (I did the chocolate, she did the vanilla) and it was well worth the effort! We took the cake to a potluck that evening and it was a hit. Two thumbs way up! The cake looked amazing and tasted really good!

I have to admit that I messed up on the coconut whipped cream recipe that goes with it. I failed to open it upside down, which made it not thick enough to be whipped cream. But no worries... I added in a little powdered sugar, blended it up, and we served up "zebra cake with coconut sauce." It was wonderful! The sauce that we put on the top was delicious!

Every parent should want to get their kids into the kitchen and get them cooking. It's good for them on so many levels, including learning how to cook, follow directions, learn math from measuring, and to learn about food. It's a lifelong skill and one that every child should be exposed to.

Below are some pictures of my daughter making the zebra cake from Kidilicious. Also, you can see my full book review on this book at VegBooks. 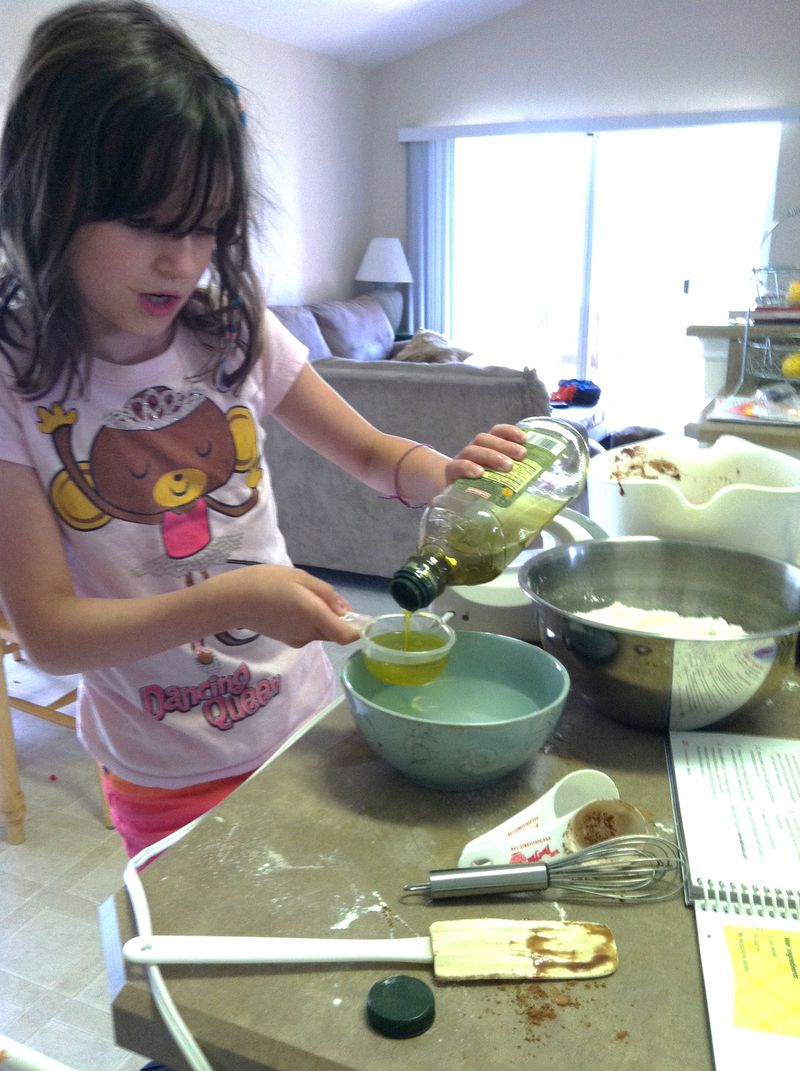 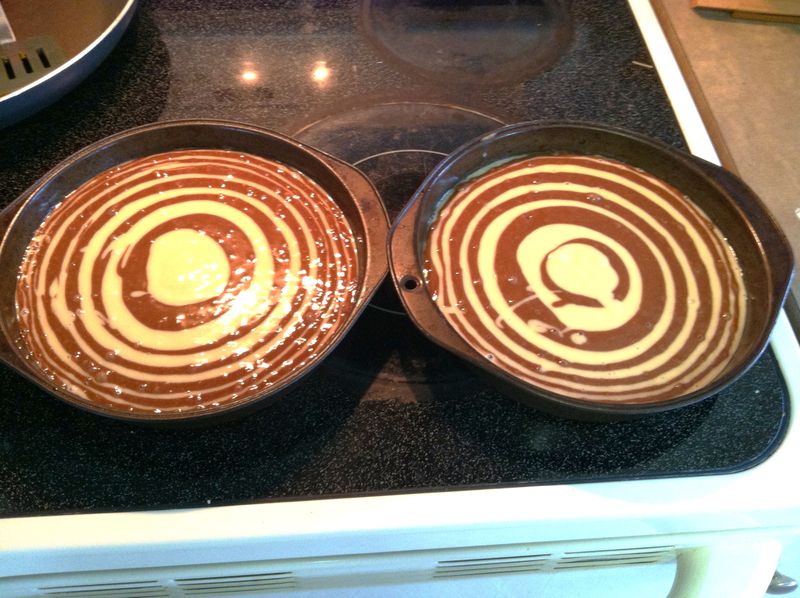 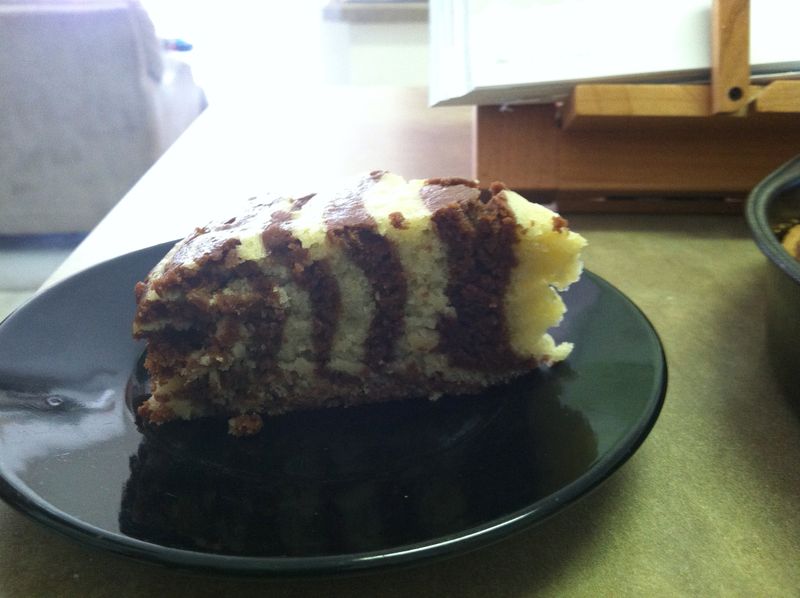 Zebra cake looks yummy and the baker is adorable!

Thanks for the heads-up about this book, which sounds like it would make a great gift. What a delicious-looking cake that is!

I like it, if only my zebra cake turned out that good, I had to rename my tiger cake.